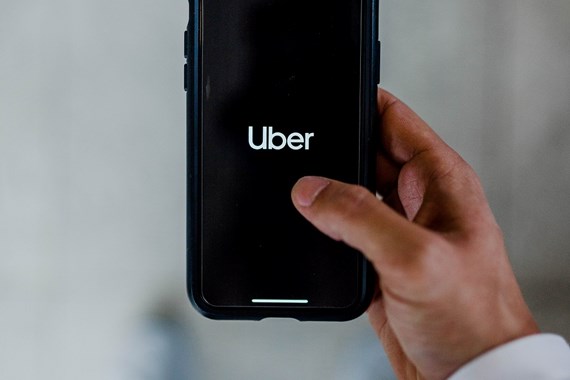 After months of suspense, Uber drivers have just secured a win in the long-awaited, (and in the end, unanimous) judgment passed down by the Supreme Court on 19 February 2021. Uber drivers are, definitively, workers and are therefore entitled to all the rights and entitlements that come with that (including the national minimum wage, holiday pay and the right not to suffer detriment as a whistleblower).

In this blog we take you through the key steps to date, the issues and why they are so important, what the Supreme Court decided and what that means for employers going forward.

The journey to date

At each stage of that journey, Uber was unsuccessful in its argument that Uber drivers are not workers but are, in fact, independent contractors.

Uber’s position was that its role was purely that of an intermediary - a booking and payment collection agent. It provided a technological platform which enabled drivers to connect with passengers, but the contractual relationship for the work done (i.e. the transportation) was between driver and passenger. Both the services agreement between drivers and Uber, and the terms that passengers accepted when signing up to the app, included an acknowledgement that Uber did not provide transportation services. The drivers, who felt very much under Uber’s control, did not agree with that position.

Choosing a direction – what were the key issues and why does it matter?

The success of these claims depended on the drivers being found to be “workers”, which was the central issue in the case. The concept of a “worker” is of course an intermediate category of employment status which falls in a somewhat blurry zone between being an employee and being self-employed. Employees have the most protection in law, and workers miss out on some of the employee protections (such as unfair dismissal, statutory redundancy pay and family leave entitlements). However, on the scale of employment law protections, workers benefit from a higher level of protection than self-employed contractors. As such, although the Uber claim was limited to the above specific claims, the implication of a finding that the drivers are workers opens the door to a wider range of potential entitlements and protections, including (for example) protection from discrimination and unlawful deduction of wages, an entitlement to receive a “Section 1 statement” (containing  particulars of employment) and itemised payslips, and potentially even the right to be auto-enrolled into a pension.

Now, identifying a “worker” in practice has been an eternal source of frustration for employment lawyers and HR professionals alike. There is no hard and fast rule. Broadly speaking, the legal test defines a worker to include employees and anyone else who contractually undertakes personally to perform services for another party (but not in circumstances where the other party is a client or customer of a professional or business undertaking operated by the individual providing the services). Clear as mud.

The key question in the Uber case was whether the drivers were performing their services for Uber (i.e. as Uber’s workers), or for the passengers (i.e. in business on their own account). Uber, in its appeal, wanted the Supreme Court to find that the earlier courts had not paid enough attention to the way that Uber was characterised in the contracts. However, as anyone who has grappled with employment status in the past will know, the terms of the contract are just one of a number of factors that are taken into account when analysing status (including, for example, the level of control, whether there is a right of substitution, who bears the risk etc.)

This is why the Uber case is so key – in a world where the gig economy means that employment status is becoming more, not less, blurry, guidance from the Supreme Court on where the lines might be drawn is not just welcome, but sorely needed.

Supreme Court’s decision on the rules of the road

The Supreme Court did not agree with Uber that the starting point of a “worker analysis” needed to be the contractual terms, referring back to the case of Autoclenz Ltd v Belcher 2011 UKSC 41. Autoclenz set the stage for looking not just at the written terms of an agreement but also the wider circumstances of the relationship, “of which the written agreement is only a part”.

The Supreme Court pointed out that rights that the drivers were seeking to enforce were created by legislation, rather than being contractual. This logically meant that the starting point to determine whether those rights applied should be the statutory provisions, and not the terms of the contract.

The Supreme Court also directed its attention to the purpose of employment legislation, which is to protect workers who (like employees) will often be similarly subordinate and dependent on the organisations they work for, noting that:

“Once this is recognised, it can immediately be seen that it would be inconsistent with the purpose of the legislation to treat the terms of a written contract as a starting point in determining whether an individual falls within the definition of a “worker”. To do so would reinstate the mischief which the legislation was enacted to prevent. It is the very fact that an employer is often in a position to dictate such contract terms and that the individual performing the work has little or no ability to influence those terms that gives rise to the need for statutory protection in the first place.”

It was also relevant that the legislation prevents “contracting out” of employment rights. These are the rules which set the requirements for valid settlement agreements, meaning that certain conditions need to be met (such as taking legal advice) before an employee or worker can validly sign away their rights.

So, what is the right route?

The Supreme Court approved the Autoclenz approach of looking at all the circumstances of the relationship (which includes, but is not limited to, the written contract). As part of that, the Supreme Court focused particularly on the level of control.

In the specific circumstances of the Uber case, it was recognised that the drivers did have a high level of autonomy in deciding when, how often and (to some degree) where they worked. However, once they were logged onto the app, Uber then exercised a significant degree of control over the drivers and their activities. The Supreme Court emphasised the following five aspects, in particular:

1. Uber decides how much drivers get paid.

2. Drivers have no say in the contractual terms which apply to transporting passengers.

3. Uber controls the ability of drivers to accept or decline taking a particular passenger. This is done in part by not showing the driver the passenger’s destination until they have already accepted the fare, but also by blocking drivers whose acceptance rate falls below a particular level from using the app for a short period – effectively, a penalty.

4. Uber exerts significant control over the way services are provided – it sets requirements on the type of car that can be used, limitations on drivers’ ability to choose which route can be taken, and uses the ratings system as a performance management tool.

5. Uber restricts communication between passengers and drivers, and drivers are prohibited from exchanging contact details with passengers.

In short, the Supreme Court not only found that the employment tribunal had been entitled to conclude that the drivers were workers, but Lord Leggatt also opined that this was “the only conclusion which the tribunal could reasonably have reached”.

An associated point that needed to be decided was, if the drivers are workers, then when are they working? On this point the Supreme Court agreed with the employment tribunal’s conclusion that drivers became workers when they logged onto the Uber app in the area in which they were permitted to work, and when they were willing to accept passengers. This would constitute their “working time” and would be the time during which they would be entitled to their national minimum wage and working time rights (including accruing holiday). That is to say, their “working time” and associated rights were not merely limited to the times when they were driving passengers to their destination.

The Uber case is a key one and provides helpful guidance on the approach to be taken when assessing employment status. It is, however, by no means the final word. This is an area of law which is intrinsically fact specific. Technology will continue to drive changes in the way that services can be provided, and while the law is doing its best to keep up, there will inevitably be novel approaches in the future which will have to be considered on their own merits.

If you require further information about anything covered in this blog, please contact Charmaine Pollock, or your usual contact at the firm on +44 (0)20 3375 7000.