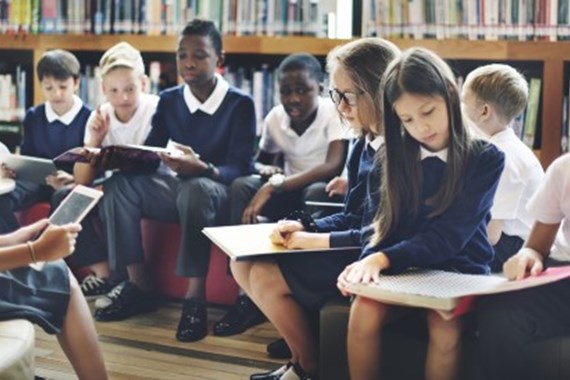 A recent Employment Appeal Tribunal case has provided guidance about the way in which schools should calculate holiday pay for term-time workers. If you pay holiday pay for term-time or casual workers at a rate of 12.07% of a term's pay, this decision could have a potentially significant impact on your current practices. We understand that the Harpur Trust has sought leave to appeal, so the position may yet change again.

Most schools have had to grapple with the thorny issue of holiday pay for part-time, term-time only workers and employees. Typically, in schools this applies to visiting music teachers, but it may apply to others.

Until now, the common practice amongst a number of employers, including some schools, has been to calculate holiday pay on a pro rata basis to the proportion of the year worked. For employees and workers entitled to 5.6 weeks' annual leave (the statutory minimum entitlement), this has meant paying holiday at a rate of 12.07% of a term's pay (being 5.6 weeks divided by 46.4 weeks (ie 52 weeks – 5.6 weeks holiday)).

This is how the school in Brazel v The Harpur Trust calculated the holiday pay of the claimant, Mrs Brazel, a visiting music teacher. However, in a decision which the Judge recognised would be of "some importance" to schools, the EAT has confirmed that this is not the correct approach. Instead, it ruled that holiday pay should be calculated on a 12-week average of pay from weeks actually worked.

Mrs Brazel worked as a visiting music teacher for The Harpur Trust, mainly during term time, on a zero hours contract. Her contract of employment entitled her to 5.6 weeks' annual leave, which she was required to take outside of term time. The Trust paid her 12.07% of the term's accrued hours at the end of each term, in three instalments. In doing so, they argued they had followed non-binding Acas guidance which gives this as the correct approach for calculating holiday pay for casual workers and suggests doing the same for term-time only workers.

Mrs Brazel complained about the amount of holiday pay she was receiving, asserting that the application of Acas guidance for term-time workers provided "inaccurate results", and eventually brought a Tribunal claim.

The Employment Tribunal found in favour of The Harpur Trust. It agreed with the Trust's argument that a part-time employee who works less than the standard 46.4 week working year should have their holiday entitlement pro-rated to avoid an unfair "windfall". To do otherwise could result in Mrs Brazel receiving holiday pay of 17.5% of annual earnings, which would be proportionately more than a comparable full-time worker who worked throughout the year.

In contrast, the EAT found in favour of Mrs Brazel. The main reasons for its decision are as follows:

The EAT acknowledged that this decision might create "anomalies" in respect of the amount of holiday pay paid to term-time workers. In effect, those who work fewer weeks during the year will receive more holiday pay than those who work the full number of weeks.

As frustrating (and in the words of the Employment Tribunal "perverse") as this might feel for schools, the EAT has put a clear marker in the sand as to how holiday pay for term-time workers should be calculated: an average of the previous 12 weeks' pay should be paid during statutory leave entitlements.

If you pay holiday pay for term-time or casual workers at a rate of 12.07% of a term's pay, this decision could have a potentially significant impact on your current practices. The decision may yet be appealed, and it would perhaps be wise to wait to see whether or not leave to appeal is granted and if so what the outcome of that appeal is, but in the meantime schools may wish to carry out an audit or review of their current position and how that would change if this decision were applied. For example, schools could:

We wait to see whether leave to appeal is granted. The case is another reminder that holiday pay is an undeniably complex and evolving area of employment law. If you would like further assistance on any issues arising out of this briefing, please do not hesitate to contact Rob Lewis or your usual contact within the employment team.