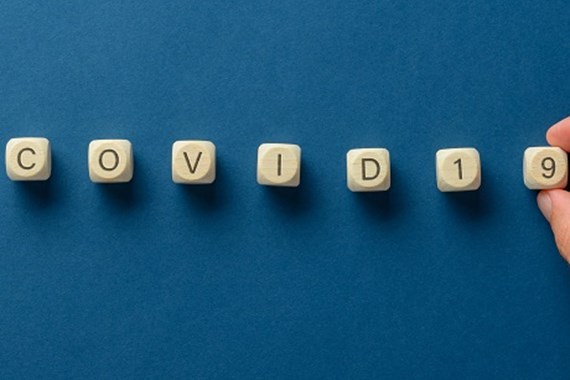 Business tenancies have been under the spotlight during the COVID-19 pandemic and the landlord and tenant relationship has been put under unprecedented strain. What, then, of the balance of power? Have tenants been given the upper hand? Is it right to say, as Nick Leslau (Chairman of Prestbury) has stated, that landlords have been “utterly castrated”?

The short answer is that, while “utter” castration may be going a little far, it is a fact that, currently, landlords have very few meaningful remedies available to them. With the June quarter day fast approaching, and the cash reserves of many tenants dwindling at an alarming rate, rent collection is more of a concern than ever for the whole commercial property community.

What is actually going on and what has changed?

Starting at the beginning, under normal circumstances landlords enjoy a varied repertoire of remedies for dealing with defaulting tenants. By way of brief reminder, these are:

This collection of remedies has underpinned the commercial property investment market for many years and is one of its fundamental tenets. However, swift Government action taken since lockdown has, effectively (if temporarily), rendered landlords far more impotent than they would like.

The Government has, so far, stopped short of suspending rent payments altogether, but the net effect of its actions to date is the provision of considerable protections to tenants. This has been achieved by some speedy legislative action.

On 26 March, the Government brought in the Coronavirus Act 2020, a wide-ranging statute addressing issues of immediate concern as the pandemic spread through the UK at an alarming rate. The Government’s opening salvo against the hidden enemy, the Act seeks to provide relief to tenants crippled by COVID-19 and the effects of the nationwide lockdown. The Act fundamentally alters the landscape for commercial landlords in two ways.

The Act doesn’t apply to short leases (less than six months), or to contractual arrangements that do not amount to a lease, but otherwise its net is cast over the whole of the commercial property world.

On 20 May, the Government went a step further when it published the Corporate Insolvency and Governance Bill. While it is not yet law, the Bill is being fast-tracked and will soon be on the statute book, presumably pretty much in its current form. The Bill, as drafted, is wide-ranging and much of it goes way beyond simply responding to the pandemic. As it concerns commercial property, the Bill represents a hardening of the Government’s position on the use of the insolvency procedure by landlords to recover arrears.

At the core of the Government’s thinking is their statement that “insolvency proceedings…are not intended to be used as a tool for debt collection but are to deal with financial failure and tackle companies that are no longer viable”. This is clearly reflected in the (temporary, at least for now) approach that the Government has taken to the use and operation of statutory demands and winding-up petitions, which can be summarised as follows:

The other key feature of the Bill, from a landlord and tenant perspective, is the permanent introduction of a new free-standing “gateway” moratorium process, under the Insolvency Act 1986, and the repeal of the existing small company CVA moratorium. This is an important addition to the recovery options available to struggling companies.

The provisions are detailed but, in brief, the moratorium provides almost all companies with breathing space from creditor action if the company is, or is likely to become, unable to pay its debts and it is considered that the moratorium will allow the company to be rescued as a going concern. This is an important distinction from, say, administration, as the focus of the moratorium is on the recovery of the company rather than the realisation of its assets.

The moratorium does prevent certain actions without court consent, with the effect that (as and when they are available again) the usual insolvency regime bar will be placed on: commencing insolvency or legal proceedings; the use of CRAR; enforcing security over property (possibly including rent deposits); and forfeiture by peaceable re-entry.

While this creates another layer of protection for defaulting tenants, this new regime has not been met with undue criticism from creditors. Indeed, while there is nothing in the Bill requiring the company to pay debts that do not benefit from a holiday, the company’s directors have to confirm that the debts have been paid before they can extend the moratorium – and the monitor has to bring the moratorium to an end if he thinks the company is unable to pay these debts. Together, these provisions should provide some comfort to landlords that the company will continue to make rent payments during the moratorium.

That said, the interpretation, application and implementation of these provisions may give rise to disputes concerning the monitor’s obligations to terminate a moratorium if moratorium debts are not paid. These issues could have a direct effect on landlords and their ability to take timely action against defaulting tenants to protect their interests. Time will tell how these will ultimately be ironed out.

With all that in mind, what can, or perhaps should, landlords do now?

It is important to stress that there are still remedies available to landlords. In addition to operating around the fringes of what remains permitted within the CRAR and statutory demand regimes, landlords do have options.

To act or not to act?

The bigger question is whether taking any of these options really represents a satisfactory solution to the problem, particularly given the wider socio-economic circumstances and the need for landlords to have regard for their reputations in the market.

The current hiatus might present an ideal opportunity to unseat a troublesome or vulnerable tenant, and in those situations landlords’ temporary impotence must be a source of great frustration. It is worth remembering, however, both that this situation is temporary and that the consequences of current tenant failures will live on. The debts owed by tenants, and the interest accruing on them, will not simply vanish when the world gets back to something like normal, and any action taken by landlords during the operation of the emergency provisions will not waive the right to forfeiture.

Perhaps more importantly it should be kept in mind that, in the vast majority of cases, forfeiture or any of the other more nuclear landlord remedies tend to be pretty low down the “to do” list of most landlords. That is particularly the case now, when taking back empty space and difficulties with re-letting make lease expiries and subsequent voids (and the costs associated with them) extremely unappealing.

Better to play the long game?

While some will flex their muscles when the going gets tough, for the majority of landlords, patience and collaboration tend to bear greater fruit in the long run. The ability to foster and sustain good landlord and tenant relations is one of the real skills (if not the hallmark) of good asset management, and the pandemic presents an excellent opportunity here. Time taken to speak to tenants and to really understand their business and their long-term plans can reap rewards over time.

It has been noticeable how a good number of landlords have worked hard to make something of a virtue of the mess that the economy has been landed in. As well as ensuring compliance with the Government’s plea that landlords and tenants work together and helping to shed the image of the “greedy landlord”, by granting temporary rent deferments, monthly concessions or even reductions, landlords have managed to turn the situation to their advantage through savvy and far-sighted active asset management.

For instance, a comparatively short rent suspension (of three to six months) to a fundamentally sound tenant in exchange for a re-gear adding an extra five to ten years at the end of the lease feels like a good deal. Similarly, the grant of an affordable rent free to a charity, community-focused or ESG tenant is a good story in the face of the unprecedented challenges facing those sectors of the economy, and the ever brighter light being shone on the environment.

The lesser of two evils

Another key benefit of a less aggressive approach is that a deal done now to help ease a tenant’s short-term financial pain may help avoid, or at least delay, the need to engage an insolvency rescue procedure that the tenant might otherwise have felt compelled to fall back on.

A quick glance at the business section of almost any newspaper will inevitably include grim tidings of yet another household retail or leisure name entering administration or a CVA – and the raw deal meted out to that businesses’ creditors. If that can be avoided, then so much the better, and with rent representing a key overhead for businesses, currently at the eye of the storm, landlords are uniquely well placed to help do just that.

Papering up the problem

All that being said, times change and it may well be that down the line a landlord will wish to switch tactics, if the tenant’s business is showing no signs of improving. Equally, inevitably the market will pick up (it will, it always does) and a landlord may decide to dispose of its investment or use it to secure a refinancing. Either way, now is a time for landlords to take stock and to get their house in order – keeping their powder dry, perhaps to fight another day.

It is now more important than ever to keep a paper trail and to make sure that any arrangements agreed with tenants, however temporary, are documented. It can be tempting not to take this step, but sound asset management is more important than ever in difficult times – and is likely to prove essential as we slowly drift back towards something resembling normality.

If you require further information about anything covered in this briefing, please contact Mark Gauguier, or your usual contact at the firm on +44 (0)20 3375 7000.