Contracts in the time of COVID-19: Force majeure and frustration 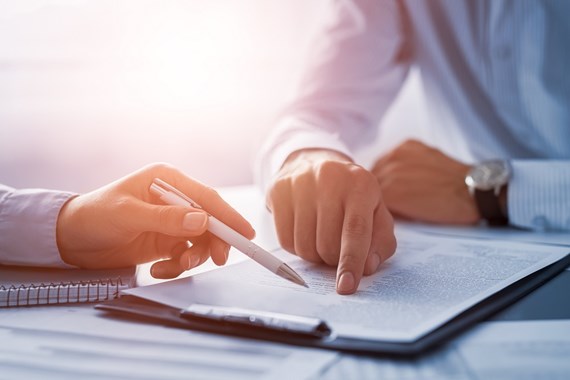 Even businesses and organisations that have not been required to close by the Government face unprecedented challenges as a result of the COVID-19 pandemic. The immediate focus for many was to work out how they could continue to operate after the introduction of strict social distancing requirements. Attention is now turning to whether businesses and their suppliers, customers and commercial partners can continue to perform their contractual obligations in spite of the fundamentally different situation in which they find themselves and, if not, what consequences flow from that.

These events shine a spotlight on contractual small print and legal concepts that perhaps provoked little thought in more normal times. They may now be critical to business survival.

Many enquiries from clients focus on whether COVID-19 is a “force majeure” event and on whether a contract has been “frustrated”. This note demystifies these concepts and highlights some practical issues for businesses to consider.

This note is designed to be of general application. For an assessment of the impact of COVID-19 on events-specific contracts please see this article.

Most commercial contracts contain a force majeure clause, often buried amongst the so-called boilerplate provisions. The purpose of such a clause is to protect the parties from a breach of contract claim if they are unable to perform their obligations because of an event that is outside their control.

Contrary to common perception, there is no statutory or common law definition of force majeure or a force majeure event in English Law. The parties to a contract therefore have the freedom to agree what will amount to a force majeure for the purpose of their contract and what the consequences will be if such an event happens. That means there are no generic answers to questions about how force majeure applies – each party must look at the wording of their own contracts to establish how it works in the relevant circumstances.

When reviewing these provisions there are a number of key questions to consider:

1. Is the COVID-19 pandemic a force majeure event?

The sort of unforeseen disruption to lives and businesses that we are now seeing is exactly what one imagines a force majeure clause is designed to respond to. In many cases the pandemic or the restrictions the Government has now advised to limit its spread will fall into a contractual definition of force majeure. However, both the contractual wording and the impact of the relevant circumstances on the parties, including the effect of the most recent Government policies or directions, will need to be scrutinised carefully to determine whether the clause is engaged.

2. What effect must the force majeure event have to trigger the consequences of the clause?

3. What procedural requirements are imposed by the contract?

Many contracts require the party seeking to rely on the force majeure clause to give prompt notice to the other party of the relevant event and the effects it is going to have on them. It is important to bear this in mind, even if the parties are in discussions to try to agree a way forward without invoking the force majeure clause, because the ability to rely on force majeure can be lost if the procedural requirements in the contract are not followed in good time. The party affected by the relevant event may also be required to take steps to minimise or mitigate the impact of the event on its ability to perform.

4. What is the effect of the force majeure clause?

A force majeure event is unlikely to make it legally or physically impossible for a party to perform some types of contractual obligations, for example an obligation to make payment or the grant of a licence to access land. Other obligations, such as the provision of goods or services, are more likely to be affected. A party whose performance is not made impossible, such as those whose only obligation under the contract is to make payment, will often not be relieved of the obligation to perform, even if the other party’s obligations are suspended. That can feel unjust. However, a force majeure clause is essentially just a means of allocating risk and in some cases that risk will fall on the party not directly affected by the force majeure event.

5. What about costs already incurred or payments made under the contract?

If the force majeure clause is silent on this question (as many are) then the starting point under the common law is that “costs fall where they lie”. This means that any payments made under the contract or any costs incurred by either of the parties in performing the contract will not be recoverable. That may lead to a result that strongly favours one party or the other. There are two main avenues for mitigating this risk. The first is to assess whether you have insurance such as business interruption or cancellation cover to reimburse you for any losses. The second is to consider the law of frustration.

The doctrine of frustration applies where an event that was not foreseen by the parties, and which does not arise as a result of a breach of contract by either of them, makes performance of the contract impossible. The classic example is a contract for the staging of an event at a specified venue when the venue burns down before the event. Frustrating events could also include a change in the law that makes it unlawful for one of the parties to perform their obligations, or something that makes the whole purpose of the contract obsolete.

As with force majeure, frustration requires more than an event that makes performance more difficult or economically less viable. The frustrating event must have made performance impossible or transformed the obligation to perform into something radically different from what was envisaged by the parties when the contract was formed. The party affected by the frustrating event must also be able to show that it took reasonable steps to mitigate the impact of the event on its performance.

On the face of it, therefore, frustration appears to be similar to force majeure. However, the consequences of a contract being frustrated are significantly different from those of a force majeure event:

As part of their planning for managing the impact of the COVID-19 crisis all businesses should consider carefully whether they or their counterparties will be able to continue to perform their contractual obligations. If performance may be significantly affected it is crucial to review the terms of your contracts so you understand your rights and obligations and to allow you to scenario-plan accordingly. Particularly with long-standing contracting partners, many businesses are trying to agree a mutually acceptable way forward, including varying contractual obligations and sharing the exposure more fairly (in which case any variations should comply with the formalities required by the original contract). It is vital for you to understand the starting point under the contract to put yourself in the best possible position in any ongoing negotiations and to be ready to deal with any situations where agreement is not possible.

If you require further information about anything covered in this briefing, please contact Ben Longworth, Paul Jones, or your usual contact at the firm on +44 (0)20 3375 7000.