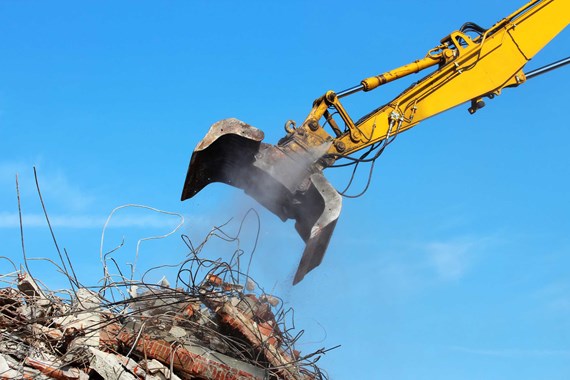 In conversations about environmental liability it is not unusual for environmental lawyers to be told that “the polluter pays”. However, who is a “polluter”? The case of Stone & Another -v- Environment Agency serves as a reminder that potentially liable parties under environmental law are not just those who originally caused or created the environmental problem. Being left with a polluting situation and doing nothing about it or failing to ensure that contractors handle waste properly can trigger liability including criminal liability.

Liability for accumulated or abandoned waste

Although the Stone case concerned a landlord and tenant relationship, the risks also apply to site owners and developers where contractors abandon waste or accumulate waste unlawfully. The Environment Agency served an enforcement notice on the tenant (a mattress recycler) who then ceased trading. About 471 tonnes of mattresses were left on site. The tenant was prosecuted for waste offences. However, the agency also prosecuted the landlord company for having knowingly permitted a waste operation for the storage of waste which was not authorised by the required permit; the charges related to a period after the time when the tenant ceased trading. A director of the landlord company was similarly charged and also on the basis that the company’s criminal offence was committed with his consent or connivance or was attributable to his neglect. Both the company and its director were found guilty by the magistrates. The director received a 12-month community order and was required to take 150 hours unpaid work.

On appeal to the High Court, the appellants argued that there was no deliberate act of storage by the landlord and that there was simply passive sufferance of the mattresses remaining on site. Further, the net effect of the magistrates’ decision was to make landowners strictly liable (i.e. no element of culpability) for waste abandoned by their tenants who ceased trading. The appeal was rejected. The court held that the offence of knowingly permitting did not require the accused to take a positive act within the period covered by the criminal charges.

Developer’s ignorance of the law is no defence

The Court of Appeal decision in Walker & Son (Hauliers) Limited -v- Environment Agency concerned development directly. Here, the company which had purchased a site for redevelopment was held liable in relation to the activities of its demolition contractors. The demolition contractors used the site for unauthorised waste burning. They also used it as an illegal waste transfer station where they imported third party waste illegally onto site and non-compliant aggregate was unlawfully made from waste crushed on site. The company was not involved in the illegal waste activities but was charged with knowingly permitting them.

The company through its director admitted that it had seen burning and crushing machines on site but said this was consistent with the contracted demolition activities. Thus, the company admitted knowledge of the waste operations. However, it argued that the prosecution had to show that it knew that the operations were not authorised by an environmental permit. The court rejected this argument stating that the knowing permitting offence related to knowing the facts which constituted the offence; to be liable as a knowing permitter did not require knowledge that the activities were unauthorised – it was possible to check the existence of an environmental permit and its conditions.

In broad terms, the statutory duty of care requires waste holders to take all reasonable steps to ensure that when they transfer waste to someone else in the waste chain the waste is managed correctly until its final disposal or other end such as recovery.

The High Court case of Mountpace Ltd -v- London Borough of Haringey concerned a developer’s criminal liability for the unlawful transfer of waste by its contractor to a fly-tipper. The company had verbally appointed a contractor which it had used previously to renovate a property including to remove any rubbish. The contractor transferred the waste to a fly-tipper. Although a contractor was doing the works, the company owned the property and the waste was created as part of its business in renovating properties therefore it was held to be the waste producer. The company was prosecuted in its capacity as a waste producer for failing to take all such measures as are reasonable in that capacity to secure that the transfer of waste was to an authorised person and that the transfer was accompanied by the relevant transfer note required by law.

The company admitted that it had given the contractor no specific instructions on waste management and that it had no protocols for dealing with waste management. However, it had seen invoices for skip removal from authorised waste carriers in relation to this job. The regulator also accepted that the company may not have foreseen the illegal transfers by its contractor.

The company argued that it had reasonably relied on its contractor to comply with waste law and including waste specific provisions in a contract would not have prevented the fly-tipping. Moreover, unless a company representative had been present round the clock on site during the renovation it could not have prevented the unlawful transfer. The court rejected this argument. The question was whether the company, in its capacity as a waste producer, had taken reasonable measures to prevent illegal transfers. The magistrates had found that there was no evidence of any audit trail or any procedures implemented by the company to ensure that its contractors complied with waste legislation. Thus, it had not discharged its duty of care to secure the lawful transfer of waste. The fact that even if it had had proper procedures in place the company may not have been able to prevent the unlawful waste transfer did not exonerate it from its legal duty to put in place reasonable measures to militate against such unlawful transfers.

The potentially large costs faced by landowners in relation to fly-tipping and waste abandoned by third parties such as contractors and as insolvent tenants are well known. However, in addition to these costs, landowning and development companies and their directors are also at risk of criminal liability.

The Mountpace case relates to the duty to take measures which are reasonable in the circumstances. Whilst the Mountpace case concerned a small domestic developer; it highlights that you cannot “outsource” the statutory waste duty of care. Developers need to establish appropriate procedures (including contractual obligations) requiring their contractors to manage and transfer waste lawfully and have an audit trail demonstrating the steps they have taken to secure compliance. Further, as illustrated in the Walker & Son case, developers and landowners should not ignore what contractors are doing on site, particularly where they are on notice of operations involving the storage, handling, treatment or disposal of waste or potentially excessive or unusual stockpiling of materials.

Although in the Stone case the landlord tried to argue that it had co-operated with the Environment Agency during the relevant period, the magistrates had found that “there was no meaningful engagement by the appellants in attempting to facilitate the clean-up of the site.” This highlights the importance of co-operating meaningfully with regulatory bodies in relation to clean-up once a problem is identified.

The Environment Agency (17 July 2018) has warned of the risks to landowners of being targeted by people posing as legitimate tenants who then rent properties to store waste illegally and subsequently abandon it there. The four land types at highest risk of illegal dumping are farms (34%), industrial units (24%), abandoned factories (10%) and derelict sites (7%). Empty sites also need to be checked regularly from a security perspective. 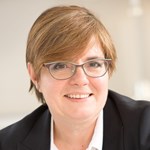