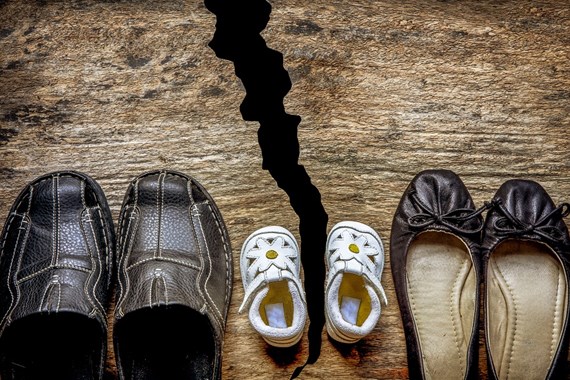 Middle Way or Middle Path is the term that Gautama Buddha used to describe the character of the Noble Eightfold Path he discovered that leads to liberation.

So which family cases are the most difficult for family lawyers, and could best profit from a liberating solution?

Not the money cases.

Money is money. In English and Hong Kong law, there are always going to be solutions within the margin of fairness.

It’s obviously the cases involving children which provide the most difficulty.

A recent judgement in the High Court in England given by Sir Nicholas Mostyn illustrates perfectly the dilemma for the parents, the courts, and most importantly for the child. The reference is AY and AS [2019] EWHC 3043 (Fam).

It’s a relocation case. That is, an application by a parent for permission to move a minor child from the child’s home country to another country, to a country many hours away by plane. In both English and Hong Kong law, this would involve the Judge approving the genuineness of the parents’ application and opposition. The appraisal would need to be reviewed against the child’s welfare as the paramount consideration.

The case in question involved a baby girl aged two.

The mother came from Kazakhstan, some seven hours plane ride away from London, She lived with her English husband in Devon, which is some three hours from London by car. She wanted to take the little girl back to Kazhakstan on a permanent basis, following the breakdown of the marriage. The father resisted this.

Let’s deal first with the heartache. Actually, too soft a word for anyone with a shred of empathy.

"These cases are particularly traumatic for the parties, since each of them conceives so much as being at stake. They are very, very difficult cases for the trial judges. Often the balance is very fine between grant and refusal. The judge is only too aware of how heavily invested each of the parents is in the outcome for which they contend. The judges are very well aware of how profoundly the decision will affect the future lives of the children and how difficult it will be for the disappointed parent to adjust to the outcome.""

With cross-border marriages so common, the price of global mobility is too often the distance between parent and child at the end of a fractured relationship. The writer used to call them EasyJet marriages, because so often that low cost carrier was the £10/HK$200 one-way bridge between the two locations which facilitated such unions. Nowadays you could call them WhizzAir marriages or by any other such manner of description, because of the plethora of cheap travel.

The English law on the subject of the consequent child relocation litigation is happily now settled. So settled that the judge commented that while these cases are difficult at a human level they are not legally or factually complex.

Here’s part of a previous judgement by Sir Nicholas, which neatly gives you the answer to the dilemma.

"Applications for leave to relocate are always difficult for the court and distressing for the parties. They involve a binary decision – either the child stays or he goes. There is no scope for any middle way. If the decision is that the child goes, then the left behind parent inevitably suffers a disruption to his relationship with the child, at the very least in terms of quantum and periodicity of contact. If the decision is that the child stays then the primary carer, if not invariably, then frequently will suffer distress and disappointment in having what will normally be well reasoned and bona fide plans for the future frustrated. So the decision, whichever way, is bound to cause considerable trauma.""

One of the (many) things that the writers admire about this family judge is his mathematical prowess. You often see it in his money judgements.

Here his maths is rather stark. In fact it’s binary.

The child goes. Or the child stays.

But hang on – is the mathematical question in a complicated relocation case really as simple as that?

Well, in this case, the judge invoked a Middle Way. At least for now.

That is, allowing the mother to relocate with her two-year-old girl to London, where there is a vibrant Kazakhstan community. And where the mother could much more usefully exercise her earning capacity than she could from the mobile home in Devon where she lived during the marriage. This would preserve the child’s easy relationship with the father. And allow the mother to take three holidays a year with her child in Kazakhstan, so long as the necessary legal paperwork in Kazakhstan was in place.

It was indeed, on the facts, an elegant Middle Way.

And if the Middle Path did not work...

... this would be the platform for a renewed application for leave to remove the child to Kazakhstan. With much more prospect of success.

Is this Middle Way going to be the start a trend, marking a change in policy, a way of trying to square the circle or to find an elegant family solution to an impossible mathematical question?

The writers think so. And one of them has got the grey hair to prove it.

In the words of Gina Greenlee, Postcards and Pearls: Life Lessons from Solo Moments on the Road:

"Forget black and white and try on grey. In hair colour, wardrobe or life choices, it may feel more enlivening than you imagine."