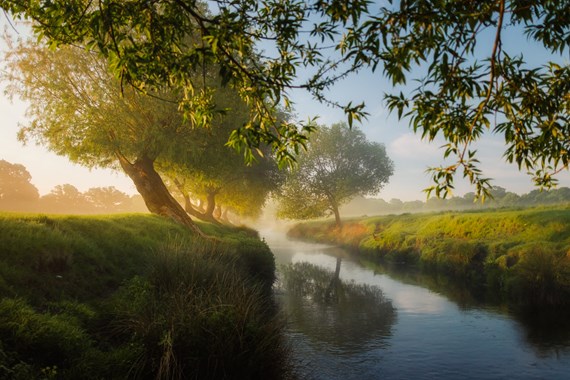 Landowners of heritage property may wish to consider setting up a charity, perhaps with a view to preserving the buildings and grounds or educating the public about the property. Charitable status brings with it two main advantages. First, it provides access to a range of tax reliefs for the charity (including, importantly, 80 per cent relief from rates payable on the property) and also reliefs for its donors (including recognition for tax purposes for lifetime and deathbed gifts to the charity). Secondly, it allows for greater scope to raise funds to support the preservation and maintenance of the property (for example, from grant funding bodies).

A landowner, Mr Toad of Toad Hall, is considering setting up a charity for his estate. Toad Hall, a Grade I listed Georgian property, is notable for its Capability Brown gardens and for once hosting King George IV in its preposterous folly. Mr Toad also wants to undertake some preservation work to the Hall to restore the crumbling stucco of its façade to its former glory. He has recently taken an interest in wildlife conservation and has a particular interest in mole, badger and water vole protection. He therefore wants to ensure that good care is taken of the Wild Wood. Mr Toad would also like to open up the West Wing of Toad Hall to the public, where he displays his impressive collection of Old Master paintings.

Mr Toad has been advised that charities in England and Wales must advance at least one 'charitable purpose' from a list in the Charities Act 2011. Based on the activities Mr Toad is proposing to carry out at Toad Hall, he may be able to set up a charity that preserves Toad Hall, carries out conservation work in the Wild Wood and advances the education of the public in the history and cultural significance of Toad Hall.

Mr Toad understands that, in order to be charitable, the activities carried out by the charity must benefit the public, and not give rise to a 'private benefit' to him or his family.

Mr Toad’s charity needs a board of charity trustees. They will be responsible for governing the charity and directing how it is managed and run. When making decisions the trustees have a duty to act solely in the best interests of their charity.

In selecting the trustees, Mr Toad must ensure that the board can operate independently from the Toad family. He has been advised that it would be sensible for the board to comprise a mixture of family and non-family trustees. Having non-family trustees on the board will mean that they can take decisions where family trustees might have a conflict of interests (perhaps arising because they live in, or have a financial interest in, Toad Hall). The risk of such a conflict of interest may be a very real one, given the character of Mr Toad.

Mr Toad decides to appoint his two sons and his sister as trustees. He also appoints Mr Mole and Mr Ratty, two local businesspeople who are not connected to the Toad family. Mr Toad decides that the quorum for trustee decisions will be two, meaning that Mole and Ratty can take decisions on behalf of the charity where the family trustees have a conflict of interests. Mr Toad’s lawyers will ensure that the charity’s governing document sets out clearly how to deal with conflicts of interests.

Mr Toad is considering transferring the freehold title in Toad Hall to the charity. This would ensure it is the charity (rather than Mr Toad personally) that is liable for repairs to the building and, as noted, the charity would have greater scope to seek grant funding to meet these costs. He will do this on the condition that the Toad family will continue to occupy the Hall, as they have done since the eighteenth century (by way of a lease by the charity to Mr Toad). However, what Mr Toad must realise is that he cannot expect to do that for free (for that would confer a private benefit on him) and so he will need to pay a substantial rent. Can he afford to do so?

Mr Toad and the charity trustees will seek separate, independent advice in relation to the transfer of the property to the charity, and the terms of that transfer will be negotiated accordingly. The charity trustees will also seek specialist advice to determine the appropriate level of rent to charge Mr Toad. This will reflect the fact that Mr Toad will make part of Toad Hall accessible to the public, will be negotiated at arm’s length and take account of nearby comparables in the market.

What about running a business?

Mr Toad’s daughter is keen to expand the family business on the estate and is considering renting out the orangery for weddings and functions.

These activities should not be run through the charity itself. Trading activities that do not directly support the charity’s purposes are subject to tax, and incurring a tax liability could put the charity’s trustees in breach of their duties. They are often also commercially risky, making them unsuitable activities to be carried out within the charity. Therefore, Miss Toad has been advised to set up a subsidiary, non-charitable, trading company to ring-fence any non-charitable profit-making activity. The company itself can donate any profits it makes (or a portion of them) to the charity through the Gift Aid scheme, thereby reducing its own corporation tax liability. Any arrangements between the charity and the subsidiary company must be conducted at arm’s length to ensure that the charity’s assets are protected from the risks of trading. The subsidiary’s use of the orangery should be through a formal, written licence including payment for the use of the charity’s property and any other assets the subsidiary needs to function.

Mr Toad has learned that setting up a charity for a rural estate is not straightforward. In fact, the more he learns from his current lawyers the more he wonders if it is right for him after all. While he knows of other landowners (particularly those who are committed to public access) who, with specialist legal and tax advice, have used a charity successfully, he’s not sure he wants the public muddying his carpets and nosing at his paintings. In fact another lawyer was talking to him at lunch the other day about putting the whole estate 'into a partnership' and he rather thinks that really is the latest thing...

With thanks to Tess Hulton, a trainee in the Charity & Community team, for her assistance with this article.

If you require further information about anything covered in this briefing, please contact Emma James or your usual contact at the firm on +44 (0)20 3375 7000.