Maximum fine issued by the ICO to Cathay Pacific 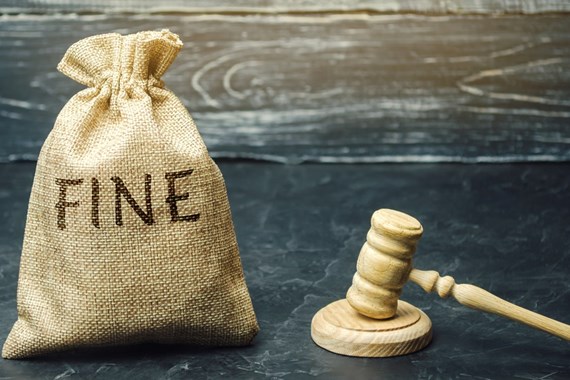 On 10 February 2020, Cathay Pacific Airways Ltd (CP) was issued with the maximum pre-GDPR fine of £500,000 by the Information Commissioner (ICO) following a data security breach.

This is a further example where other organisations can learn lessons about what the ICO will focus on when investigating a data security breach. Significantly, the ICO concentrated not only on vulnerabilities which meant the attackers were successful, but also those that could have had an impact, or those that were simply failing in themselves even though they could not be shown to have had any direct impact in this case. This is another example of the ICO using a data security breach as a basis to carry out a much more wide-ranging investigation into compliance, which in turn has led to a very serious sanction.

Further details are provided below, but amongst the key issues identified by the ICO were:

Though CP is incorporated in Hong Kong it has a branch office in London, meaning that it is established in the UK and hence regulated under the DPA 1998.

The data security breach occurred between 15 October 2014 and 11 May 2018. This meant that it fell within the pre-GDPR regime. CP first became aware of the issues in March 2018. Four of CP’s systems were involved and subjected to attack by two different groups of hackers. 9.4 Million individuals were affected. 111,578 were from the UK. Personal data involved included passenger names, nationalities, dates of birth, passport and national identity card numbers, and passenger loyalty scheme information. CP voluntarily notified the data security breach to the ICO on 25 October 2018 – bearing in mind that the pre-GDPR regime had no mandatory requirement to notify the ICO. The ICO received just two complaints from affected individuals (CP received 12,000 itself).

The ICO’s Monetary Penalty Notice (MPN) concluded that there had been a serious contravention of the seventh data protection principle under the DPA 1998, that is to take appropriate measures to prevent unauthorised or unlawful use of personal data. The fine of £500,000 was the maximum available under the DPA 1998.

As with other data security breaches, the ICO’s findings help to inform what the regulator is likely to expect from organisations both pre and post GDPR. In this case, the failings included:

The ICO also commented that although CP acted promptly and went beyond its legal obligations in issuing appropriate information to the affected individuals and cooperating with the ICO, this was no more than should be expected of an organisation of its size and resources. This indicates that the ICO will hold larger, more sophisticated organisations to higher standards following the discovery of data security breaches.