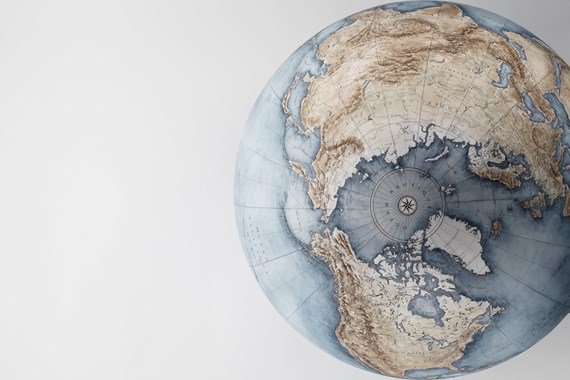 The government is planning to allow overseas companies to re-domicile to the UK. This would permit a foreign-incorporated company to move its place of incorporation to the UK whilst maintaining the same legal identity. As a quid pro quo, outbound re-domiciliation is also being considered. This would allow for a UK company to leave the UK to become a foreign incorporated entity.

Many countries already authorise re-domiciliation, notably Canada, Singapore, some US states, Belgium and Luxembourg. It is hoped that encouraging companies to relocate to the UK will strengthen the UK’s position as a global business hub and promote jobs, innovation and inward investment.

In October 2021 the government launched a public consultation on its proposals for a re-domiciliation regime. A report collating the 40 responses to this consultation was published in April 2022 (available here).

Below we summarise the legal and commercial issues debated in the consultation paper. We also take a look at the tax implications which are considered critical to the success of the new regime.

Under current law, a non-UK company wishing to migrate to the UK is typically required to insert a new UK holding company into its group, possibly followed by further reorganisation steps. An alternative method is to repatriate key staff such that the “management and control” of the company then resides in the UK. These routes often involve costly planning and implementation. Re-domiciliation would create a simplified path to achieving the same result.

A significant majority of respondents expressed support for the proposals for a re-domiciliation regime. However, it was recognised that the appeal of the UK as a place of business would largely depend on the wider business environment, rather than the availability of any re-domiciliation scheme. Respondents also highlighted that the relatively high bar of the UK’s business regulation and governance, including around financial reporting, may limit take-up.

Which companies are likely to re-domicile?

Responses indicated that the re-domiciliation scheme was considered sector agnostic, and there was a general lack of consensus around which sectors would likely create the most demand. However, the real estate, natural resources and financial services sectors were identified as those likely to benefit, along with those which had experienced Brexit related challenges over recent years.

Likely motivations for re-domiciliation were thought to include access to London’s stock exchange and capital markets, increasing a company’s access to UK government contracts, aligning its domicile with the company’s place of most commercial significance and moving away from countries experiencing political upheaval or unstable legal systems.

Various concerns were raised by respondents, including those around differences in company law and the duties and obligations of directors, the impact on existing contracts and the ability for a re-domiciliation scheme to be used maliciously: to avoid scrutiny, disrupt investigations or avoid paying debts. It was broadly agreed that the scheme would need to be robust enough to protect the integrity of UK company law, but that protections should be proportionate to avoid dissuading companies from using it.

There was also uncertainty around how beneficial the introduction of a re-domiciliation scheme would be from an economic perspective. For example, it was noted that some companies may become domiciled in the UK on paper only, and that this would be of limited benefit to the UK. Though most respondents deemed the requirement for an economic substance test as unnecessary, and identified it as a possible deterrent, such tests were thought to potentially be helpful deterrents against the re-domiciliation of companies unlikely to generate employment or economic activity.

Respondents were supportive of the need to maintain insolvency rules and good standing requirements, with the credibility of the UK’s regulatory regime and robust corporate governance cited as being key.

Overall, the intention is to treat de-domiciled companies the same as UK incorporated companies for tax purposes. Nonetheless some respondents made the case for certain relaxations to be implemented to make re-domiciliation a more attractive proposition.

An important tax question concerns corporate residency and how this should be determined under a re-domiciliation regime.

The consultation paper asks whether a company which re-domiciled to the UK should automatically be treated as tax resident here (ie by reason of its re-incorporation here) or whether UK tax residency should only occur where the foreign company’s CMC also moves to the UK. More respondents preferred the former option as this would ensure parity between a company originally incorporated in the UK and one re-domiciling here. It would also provide certainty since determining where CMC lies is becoming an increasingly delicate exercise, particularly in this new era of the “nowhere” office.

For companies which exit the UK, the respondents’ preference was for the re-domiciliation to trigger non-residency, subject to CMC also moving abroad.

The government is concerned that a re-domiciliation regime should not exacerbate loss-importation. Loss importation involves non-UK companies becoming UK resident in order to use the UK group relief provisions to set foreign losses against the UK profits of other companies in their group.

Respondents were generally of the view that existing protections against loss importation should suffice and noted that any changes would differentiate a re-domiciling company from one which became UK tax resident through moving its CMC to the UK. The idea of ring fencing the losses of dual resident companies was floated.

Under the current rules, when an EU company migrates to the UK (for example by moving its central management and control to the UK) its assets are introduced to the UK corporation tax net at market value which often results in an uplift. On departing the country of origin the company may suffer an "exit charge" in that jurisdiction with respect to this uplift.

It seems likely that this approach would remain under the new re-domiciliation regime and would be extended to migrations from non-EU countries and for migrations achieved under the existing reconstruction routes. There remains a question as to whether the uplift should be permitted where no exit charge is levied in the exporting state.

Whether the UK would impose an exit tax upon an outbound re-domiciliation has also not yet been determined.

Personal taxation of directors and shareholders

Under existing rules, the shares and securities of non-UK companies are "non-resident" but non-domiciled in the UK and use the remittance basis of taxation do not normally pay tax on disposals of these assets, provided the proceeds remain offshore. In addition, the source of any income arising from the offshore securities would be taxed only on a remittance to the UK. The tax position for these shareholders would change following a re-domiciliation and respondents to the consultation argued that protective measures should be introduced. The intention would be for gains arising pre-domiciliation to remain outside the UK tax net by allowing a base cost uplift without triggering a deemed disposal.

With respect to inheritance tax, it was suggested that the UK domiciliation of assets should be deferred for a period of time, mirroring the rule which applies to UK situs assets when their owner moves abroad.

It is expected that the shares of inward domiciling companies would be subject to stamp duty once they become UK domiciled and vice versa for the shares of companies exiting the UK. Nonetheless, in order to attract certain companies (eg global companies which trade their shares frequently in the UK, asset holding companies and collective investment schemes) it was argued that bespoke exemptions from stamp duty and SDRT should be considered.

From a VAT perspective re-domiciliation is likely to be an positive proposition. In situations where establishing a UK presence would otherwise require creating a separate legal entity, re-domiciliation avoids the need to transfer goods or services which may be subject to VAT.

Exactly how VAT-specific terms such as “fixed establishment” and “usual place of residence” will be defined in the context of a re-domiciliation will require further clarification, as will the concept of the attribution of supplies for VAT purposes.

Overall, there appears to be a consensus in favour of the UK introducing a corporate re-domiciliation regime. The government may see it as an additional string in its bow of initiatives aimed at attracting overseas companies to the UK, which include for example the “super deduction” depreciation allowance, the favourable tax treatment of the new asset holding companies in fund structures and the new freeports. They will be hoping that such measures will, to some extent, act as a counterbalance to the negative effect of the increase to 25 per cent in UK corporation tax, effective from April 2023.

In reality the decision to re-domicile will be heavily fact-dependent and will hinge on matters outside the control of the UK government, such as whether the relevant company’s home jurisdiction allows outward re-domiciliation and if so whether it would levy an “exit” tax charge. Nonetheless re-domiciliation could become a useful tool in easing the path to a foreign group’s expansion to the UK.

BEIS, HM Treasury and HMRC will continue to develop the re-domiciliation policy. They recognise that a more detailed analysis is needed before enacting legislation can be passed and a further round of public consultation is to be expected.

If you require further information about anything covered in this briefing, please contact Charlotte Black, Georgina Fraser or your usual contact at the firm on +44 (0)20 3375 7000. 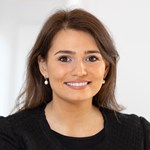