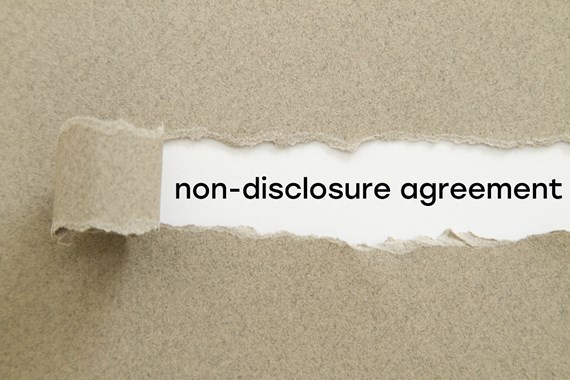 Reader, I did it.

Last month I drafted a non-disclosure agreement (NDA) for a female client who was to receive a seven-figure sterling sum from her former partner upon the signing of the agreement.

As NDAs have had a bad press for the last couple of years, I confess to having had a queasy feeling while drafting and negotiating the terms of this one.

But I respectfully subscribe to the Ricky Gervais philosophy on these things. In a recent podcast (published here – Ricky Gervais) the great man (actually one of the writer’s heroes) observed as follows:

To anticipate my conclusion, it’s a serious mistake to categorise NDAs as deals with the devil. They have their uses. They may go hand-in-hand with prenups. There is room for subtlety. They can protect the rights of the small person, as my example will show.

The recent context for the debate is of course as follows:

So, the writer was drafting the NDA in the shadow of this swathe of publicity.

Actually, the cool air of caution is a salutary backdrop to the drafting of these agreements.

Family and personal break-ups, and the search for apt solutions, are in the writer’s experience not binary, they are most often grey rather than black and white. They are blurred pictures, such as those painted by Gerhard Richter (of recent Never Look Away repute), rather than crisp and defined. They are precisely the territory of a subtle and bespoke NDA.

My client was a woman, left emotionally and economically vulnerable after a 5-year romantic relationship with one of Europe’s richest men. He had promised her a vast financial gift upon the end of the relationship and was being slow – too slow – in delivering.

There is a proper time and a proper place for an NDA in our family cases.

What other remedy did the client have? None. At least, no legal remedy. England does not (yet) have any bespoke or standard system for protecting partners who exit a cohabiting relationship without children.

The writer respectfully considers that the payer’s lawyers in this case made a serious mistake in the negotiation of the contract. They were not members of Resolution, the body of family lawyers set up to deal with family cases in an amicable manner (a partner in the writer’s firm was one of the subscribing members of that organisation). That’s always a worrying sign in these cases. This was a case done by them coldly and without a smile.

The end result was a nasty taste in my client’s mouth, a needlessly bitter end to the relationship. It was made to be an extraction of money rather than a soft landing. And a disrespectful way of putting the relationship to bed.

The contents of the NDA, in which the writer was assisted by experts from his media and intellectual property teams, were as follows:

Unlike King Canute, privacy laws can command the waves of publicity to subside:

Regrets? Yes, for what it is worth the writer found it distasteful to watch the payer’s IT experts combing through his client’s computer and iPhone to test the veracity of her disclosure of the confidential material. Sure, the cyber security protections are understood, but did the payer seriously think that she would breach the confidentiality agreement? I doubt it. Another example of over-lawyering in my view.

So, I end this article as I started it, in defence of the appropriate use of NDAs.

Reader, I did it.