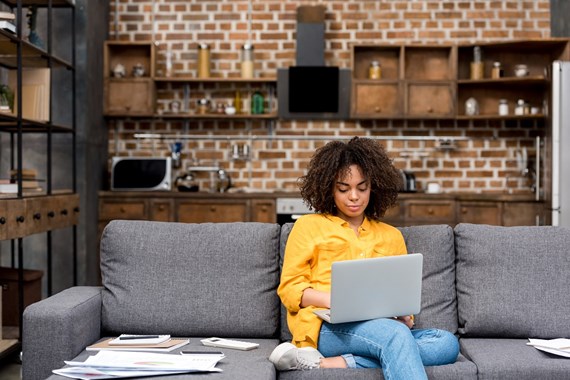 Female entrepreneurs are currently suffering from the fact that investors are acting in a manner that fails to maximise their profit.

According to research published in February female entrepreneurs receive less than 1% of the start-up funding available from venture capital funds. However, evidence suggests that female entrepreneurs outperform their male counterparts on many metrics: female-led businesses generate higher revenues and create more jobs. So why are investors failing to fund success and how can this be changed?

The British Business Bank’s report was commissioned by the Government at the 2017 Budget and it identifies the obstacles to female-led business accessing investment from venture capital funds. The evidence is clear: in 2017 start-ups comprising only women received £32m, whereas male-only start-ups received more than £5bn over the same period. In fact, the proportion of the available investment going to female founders actually decreased between 2007 and 2017.

In 2017 83% of all venture capital funding deals were made with entirely male start-up teams. All-female teams constituted 4% of deals and mixed gender teams made up only 12%. The disparity is stark.

The picture is similar for our friends across the pond. Research conducted by the London Business School and Columbia Business School found that female entrepreneurs in the US are 63% less likely than their male counterparts to secure the venture capital funding they need to get their new business off the ground.

A reason for this gap appears to be that founders who are recommended for funding by someone the firm’s network are 13 times more likely to receive that funding. This is known as a “warm introduction”. All-female teams are less likely to get a warm introduction than all-male or mixed gender teams. In fact, 24% of UK venture capital firms did not see a single female founder at investment committee in 2017. Networks are extremely important for entrepreneurs to access venture capital funding. It has been suggested that these networks embody an Old Boys’ Club culture; they are “deeply-entrenched” and “male” and there is a risk of unconscious bias. Such networks seem to operate – perhaps inadvertently – to disadvantage and exclude female entrepreneurs.

By contrast, female entrepreneurs have more success in fundraising through crowd funding.

A PwC 2017 report found that female-led crowdfunding campaigns reached their funding target more often than male-led campaigns. Campaigns led by women across the world in 2015 and 2016 were 32% more successful than those led by men. Evidentially it is not that women are inherently worse at raising capital for their businesses than men. Rather, women seem to have less access to the venture capital funding sources. This may encourage women to focus on sources of investment which have fewer barriers (including crowd funding) but ultimately are likely to yield lower value deals, limit their businesses’ potential for growth.

The Success of Female-Led Businesses

The funding gap is particularly difficult to rationalise in light of research showing that female founders outperform their male counterparts against a number of metrics. If that research is right, funders may be missing out on deals with the most effective founders: women.

These findings may not be surprising given that the Harvard Business Review has found (twice, in both 2012 and 2019) that women outperform men on a range of leadership qualities.

Research also shows that, in terms of personality, women are better suited for leadership than their male colleagues when it comes to clarity, innovation, support and targeted meticulousness. Researchers have speculated that this may be due to lower levels of confidence at a younger age, which could catalyse women to be more resilient, more receptive to feedback from others and to be more likely to show initiative. Ultimately that makes them more effective leaders.

It is striking and, frankly, inspiring that women do succeed despite facing more barriers than their male counterparts. A Centre for Entrepreneurship study found that female entrepreneurs take home twice as much pay as men, despite 25% of women reporting in that study that they do not have the networks necessary to build their business (compared with 1 in 10 men). If all female entrepreneurs did have the networks they needed to run their business, and therefore get those all-important “warm introductions” we may start to close the funding gap.

One venture capital firm recently analysed the data of the start-ups they had funded. It found that companies with a female founder performed 63% better than its investments in all-male teams. This could mean that venture capital firms’ current networks, by effectively excluding women, are inhibiting themselves from accessing the best deals.

However, positive steps are being taken to remove funding barriers for women and encourage their businesses to develop and prosper. In particular, a host of major banks and venture capital firms signed up to HM Treasury’s Investing in Women Code in July 2019, committing to support female entrepreneurs. This is a promising development, but there is some way to go to reach parity of investment. It is likely that investors who work to widen funding opportunities for women stand to reap significant rewards.

If you require further information about anything covered in this briefing, please contact Sally Mantell, or your usual contact at the firm on +44 (0)20 3375 7000.