It has been over five years since the government marked its intention to create a public register detailing the beneficial ownership of overseas entities which own UK property. We discussed the proposals in our 2018 article on the topic.

Progress of the legislation has been slow but Russia’s invasion of the Ukraine has led to its acceleration as part of a drive to ensure that assets held by sanctioned individuals can be controlled and disposals prevented. The Economic Crime (Transparency and Enforcement) Bill was finally introduced to Parliament on 1 March and passed the Commons Stage on 7 March. It is anticipated the Bill will receive Royal Assent later this month and become law. However, the various discussions over the past few years have left many confused about the implications of the legislation.

In summary, the Bill proposes the introduction of a new register held at Companies House.  Any entity which is governed by the law of a country or territory outside the UK (which includes the Channel Islands) and which purchases property in the UK will need to enter onto this register. The register will also have a retrospective effect. It will apply to overseas entities which have purchased properties in England and Wales in the last 20 years or in Scotland in the period since December 2014 and those overseas entities will need to apply for registration of their beneficial ownership within six months of the legislation coming into force.

The register will need to detail all individual beneficial owners who have significant influence or control over the entity. In the initial drafting, a qualifying beneficial owner included those holding more than 25 per cent of the shares or voting rights (similar to the PSC register for UK companies). Individuals who do not have over 25 per cent of the voting rights or shares but who exercise significant control over the entity (or have the right to do so) are also caught, as are those with the right to remove or appoint a majority of the board of directors. The register will be available for the public to view free of charge. It must also be updated annually and serious criminal penalties are proposed for those who fail to comply, including custodial sentences.

In practical terms, the Land Registry will not register overseas entities as owners of UK property unless they have registered the beneficial ownership at Companies House and received the associated ID number. Overseas entities will also be prevented from selling, mortgaging or granting long leases of their properties unless they have complied with the Companies House requirements.

Privacy in relation to UK property ownership has become an increasingly political issue in recent years.

It is amazing to remember that as recently as the 1980s, the Land Registry records were not publicly accessible. The Land Registry records first became public in 1990. Some 20 years later (in 2012), the Land Registry became subject to a statutory obligation to register the price paid data. This was and is still considered outrageous by many who do not want details of their financial position to become public and for some there is a genuine security concern associated with this disclosure. It can and does heighten the risk for kidnap and ransom in some cases.

Privacy (and sometimes security) has been further eroded by the PSC register for UK companies. The trust register held by HMRC (although not freely available to the public) means that trust arrangements for UK property also need to be disclosed to a governmental body. The introduction of a beneficial ownership register for overseas entities is really a continuation of this trend and removes the last available opportunity for concealment. In the context of worldwide events it is hard to argue against this long anticipated change finally becoming law.

If you require further information about anything covered in this briefing, please contact Annabel Dean, Hannah Ouseley, or your usual contact at the firm on +44 (0)20 3375 7000. 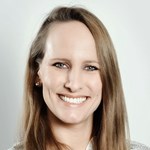