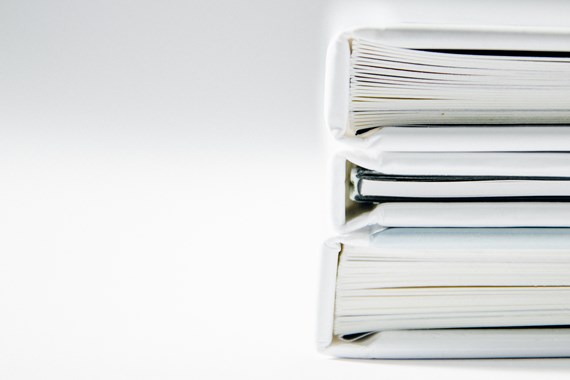 The rules regarding appeals are comprehensively set out in Part 30 of the Family Procedure Rules 2010 ("FPR 2010") and the accompanying Practice Directions ("PDs") which require careful reading. The purpose of this article is not to repeat those rules, but to explore the court’s interpretation of those rules and set out some of the issues that will need to be considered.

It is worth pointing out at the outset that the parties are not able to agree any variations to time limits set by the FPR 2010 or any order. All time limits must be strictly complied with or an application to vary the time limit must be made. When diarising deadlines it is important to note that time starts to run from the date upon which the judge below made their decision, rather than the date when the order reflecting that decision was drawn up (see White Book para 52.4.2 relying on Sayers v Clarke Walker (a firm) [2002] EWCA Civ 645).

Permission is generally always required. The very limited exceptions to this rule are set out in r 30.3(1). [1] But which court should you apply to?

The FPR 2010 (at r 30.3(3)) give you two alternatives: (a) the lower court at the hearing at which the decision to be appealed was made; or (b) the appeal court in an appeal notice. So which court should you choose? Fortunately the courts (and in particular Jackson LJ) have given us further guidance.

Permission should usually first be sought from the lower court at the hearing at which the decision to be appealed was made. In P v P (Variation of Post-Nuptial Settlement) [2015] EWCA Civ 447, [2016] 1 FLR 437 Jackson LJ confirmed that the appellant is not required to apply to the lower court for permission to appeal, but it was good practice to do so. Ideally, a party should apply for permission to appeal when the judge delivers or hands down judgment. He cited the five reasons for this set out in para 52.3.4 of the White Book as follows:

The test for permission

Again, the courts have provided us with guidance on how to interpret this rule.

Jackson LJ has given recent guidance in Re R (A Child: Possible Perpetrator) [2019] EWCA Civ 895, [2019] 2 FLR 1033 in which he noted that there were two interpretations of the requirement for a ‘real prospect of success’ in case law, both of which are referred to in the Red Book (p 1909). That commentary reads:

Jackson LJ used this appeal to resolve any remaining doubt and rejected Mostyn J’s interpretation that the test required more than 50/50 chance of success. He confirmed that the correct test is that the case must be realistic, rather than fanciful. This applies to all applications for permission to appeal to the Family Court, High Court and Court of Appeal. There was no requirement that success should be probable, or more likely than not.

"Exceptionally, there are family appeals that raise a difficult point of law or principle. There the judge at first instance may well wish to grant leave himself. But if the proposed appeal seeks only to challenge the exercise of his judicial discretion in a family case, it would generally be helpful to this court if the judge at first instance was to leave to this court the decision as to whether or not the appeal should be entertained."

He suggested that this applied with particular force to permission applications where "compelling reason" was relied upon and in most cases, the Court of Appeal should be left to decide whether to grant permission to appeal.

This is set out in r 30.8, but is important to note; if a stay is required, it must be applied for separately, usually at the time that permission to appeal is applied for.

The test for appeal

An appeal will be allowed if the original decision was found to be "wrong" or "unjust because of a serious procedural irregularity in the proceedings in the lower court". The court does not begin afresh.

It is extremely difficult to appeal a finding of fact, on the basis that the trial judge had the advantage of having seen and heard the witnesses, as highlighted in the recent case of M v F (appeal: fact finding) [2019] EWHC 572.

The appeal court will consider only the evidence that was before the first instance court. If the appellant wishes to adduce any fresh evidence, they will need permission from the appeal court. If the evidence was in existence at the time of the original trial, in exercising that discretion, the court will consider the requirements set out in Ladd v Marshall [1954] 1 WLR 1489:

The respondent’s cost of the permission application

Although the rules state that in most cases, permission hearings will be determined without input from the respondent, there may be occasions when the court lists an application for permission hearing and requires the attendance of all parties. If this occurs, it is important not to forget para 4.24 of PD 30A:

"Where the court does request –
(a)submissions from; or
(b)attendance by the respondent,
the court will normally allow the costs of the respondent if permission is refused."

It is important to note that Calderbank offers are admissible in appeals.

In WD v HD [2015] EWHC 1547, [2017] 1 FLR 160 the court considered the issue of Calderbanks on appeals in a financial remedies case for the first time. Financial remedy proceedings have a presumption of no order as to costs pursuant to FPR 2010, r 28.3(8): No offer to settle which is not an open offer to settle is admissible at any stage of the proceedings, except as provided by r 9.17 (which deals with FDRs). The husband’s counsel argued that, ‘at any stage of the proceedings’ included appeals. Moor J disagreed. There was also, in his view, the issue of encouraging litigation to settle. He was acutely aware of the needs of parties to be able to protect themselves in relation to the damaging cost of appeals. Rule 28.3 referred to first instance proceedings only. He was therefore prepared to admit any Calderbank offer that had been made.

In public or private?

However, in December 2018, the rules were changed to introduce r 30.12A which provides that a judge can order than an appeal in the High Court may be heard in open court, subject to appropriate reporting restrictions.

This was brought to the attention of Mostyn J who nevertheless remained of the view that there must be an individual fact specific reason for disapplying the general rule.

Practice Direction 30B was brought into force on 1 October 2019 and resolves the debate. The new PD confirms that the appeal court will ordinarily order an appeal to be heard in open court, subject to appropriate reporting restrictions, except where there is good reason not to do so. There is a standard form order that should be used. The court will not normally impose restrictions in financial remedy cases where no minor children are involved.

These are just some of the issues that fall to be considered when faced with the prospect of an appeal. But above all, Part 30 and the accompanying PDs must be kept very close to hand!

[1] The only exceptions are where the appeal is against a committal, or secure accommodation order or is against a refusal to grant habeus corpus for release in relation to a minor or where the decision was made by lay magistrates or a lay justice.