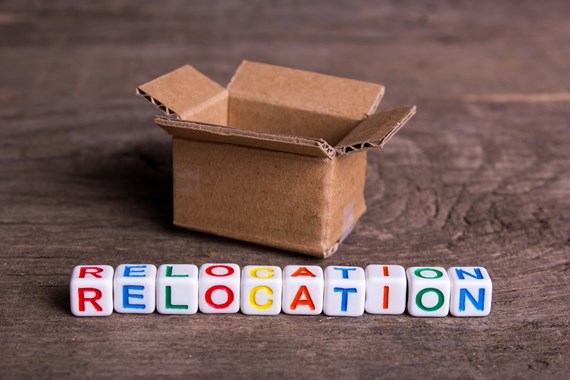 Relocation cases are one of the rarer breeds in family law in that the outcome is binary. The children either relocate or they do not. They are, understandably, often the most emotive of cases for clients.

Some issues to consider:

1. Consider carefully the legal position of the relocating parent

This will depend on what orders (if any) are in place in relation to the child, and where the relocating parent wishes to go.

Where there is a "lives with" child arrangements order in force, a parent may not remove his or her child from the United Kingdom without the written permission of each and every person with parental responsibility for the child or the leave of the court, with the exception that the person named in the order can remove the child for a duration of time less than a month (s 13(2) Children Act).

If there is no "lives with" child arrangements order in force, although the Children Act does not require written permission before a child is removed from the UK, failure to seek such consent could result in the commission of the criminal offence of child abduction (even where the left behind parent does not have parental responsibility). Best practice is, therefore, that written permission is obtained before a parent leaves.

Technically, there is no legal requirement for permission to relocate when the planned relocation is within the UK (subject to any court orders that might be in place). However, a parent wishing to relocate within the UK may well be faced with (i) a request for an undertaking that they will not do so pending an agreement or a court order, or (ii) an application for a Prohibited Steps Order ("PSO") by the parent seeking to prevent the move or (iii) a Specific Issue Order ("SIO"), for example that the child continue to be educated at a particular school, which would have the effect of thwarting a move pending agreement or the ultimate decision of the court regarding the child’s arrangements. In these circumstances the burden is on the ‘left behind’ parent to justify the need for PSO or SIO.

If the parent wishing to relocate within the UK does so without the other parent’s permission, the "left behind" parent can seek peremptory return of a child or children, but the application must be made urgently and as soon as the parent realises the child or children have moved. Otherwise the "left behind" parent risks facing a "fait accompli" by the time a court considers, from a welfare perspective, the move and the children’s arrangements.

2. Alternative methods of resolving the dispute: mediation and arbitration

Mediation may assist parents in agreeing a more creative solution than would likely be imposed on them by the court process, and help them avoid the full court process which can be very expensive and emotionally damaging for all.

Although relocation disputes can be difficult to compromise, do not assume that simply because it is a binary issue, mediation will not be of assistance. It may well flush out ancillary or underlying issues which can be resolved, or explore potential compromises, or at least aid each parent to understand the other’s motivation and position. Anything that can be done to maintain a good co-parenting relationship whether the children move or not is of course of value.

You should consider carefully at the outset whether it is important that the relocation application is determined by a particular point, for example, before the end of the child’s school year.

Whilst proceedings are underway, ADR options can still be explored, such as mediation.

4. Do the children need separate representation?

Although it remains unusual for a child to be a party to the litigation and separately represented, it does occasionally happen albeit usually with older children.

Under r 16.2 of the Family Procedure Rules (‘FPR’) 2010, the court can make a child a party to proceedings if it considers it in the best interests of the child to do so. The matters which the court will take into consideration before making a child a party are set out in Practice Direction 16A of the FPR.

Rule 16.4 of the FPR provides that the court must appoint a children’s guardian for a child who is the subject of proceedings if the court has made the child a party under r 16.2.

This area of the law has developed significantly in recent years.

The overriding principle is that the welfare of the child is the paramount consideration. The court must consider the welfare checklist and undertake a global holistic evaluation. Where there is more than one proposal before the court, each one must be analysed and considered on its own merits. This prevents one option (often in a relocation case the proposals from the absent or left-behind parent) from being side-lined. It is often most helpful to consider the options side by side in a comparative evaluation.

6. Think about your evidence

a. Evidence from Cafcass/independent social worker

The older the children and the greater the level of their maturity and intelligence, the more weight will be given by the court to their wishes and feelings.

Each parent will provide at least one (sometimes two) statements. Consider whether any other witnesses will be helpful.

The court will wish to consider the welfare checklist and so the evidence must address this. In addition, a Judge may well find helpful some or all of the considerations referred to in Payne v Payne [2001] EWCA Civ 166, [2001] 1 FLR 1052; but not as a prescriptive blueprint; rather and merely as a checklist of the sort of factors which will or may need to be weighed in the balance when determining which decision would better serve the welfare of the child.

The statements should therefore deal with:

7. What about after permission has been given? Which court has jurisdiction and how are orders enforced?

As the law currently (pre-Brexit) stands:

If new country is a signatory to Brussels II bis

Make sure you get your BIIR certificates issued by the court that grants relocation at the time that the order is made.

Article 41 of BIIR is the governing section for enforcement of an access order and provides that a judgement made in state A shall be enforced in state B in the same conditions as if had been delivered in state B (Art 47(2) BIIR).

Take advice from the jurisdiction the parent is intending to move to well in advance of your final hearing or reaching an agreement. Will an English order be recognised in the new jurisdiction? How could it be enforced? Could you obtain a mirror order in the new jurisdiction? Do you need to ensure that certain wording is contained in the English order for this to be done? Take advice on any draft Order to ensure it is worded appropriately for these purposes.

Sometimes parents simply cannot agree what is best for their children. Such is life. We as practitioners owe our clients a duty to handle relocation cases as respectfully and sensitively as possible. Being separated or divorced as parents does not mean, especially from a child’s point of view, that you are no longer a family. We might be indirectly involved in these children’s lives for a matter of months, or perhaps even a year or two, but when the case finishes, no matter what the outcome, the parents have to be able to co-parent successfully. We as practitioners should remind ourselves of that at every stage.

If you require further information about anything covered in this briefing, please contact Sarah Hutchinson, or your usual contact at the firm on +44 (0)20 3375 7000.