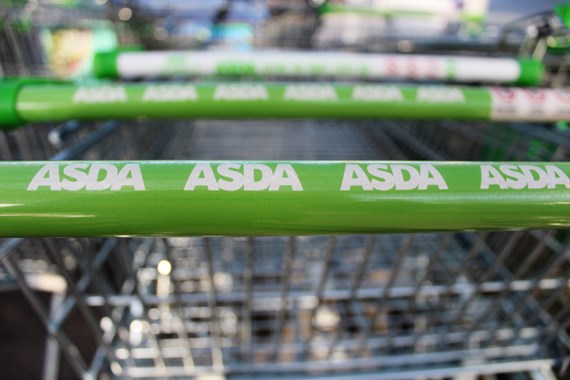 Asda has been in the news recently with headlines including “Thousands of Asda employees could lose jobs in contract switch” and “Asda shoppers vow to boycott supermarket over ‘disgusting’ new contract”. This all relates to changes that Asda has made to the terms and conditions in its staff contracts, which some staff members argued would leave them worse off due to the loss of paid breaks, loss of bank holidays and new requirements to work more flexibly. The dispute came to a head earlier this month as the 120,000 members of staff affected by these changes were given a final deadline either to sign the new contract or risk losing their job.

The story of Duncan Carson, a baker who had worked for Asda for 13 years, became a focal point of the dispute and sparked the trending hashtag #BoycottAsda. Mr Carson revealed that he had refused to sign the contract and lost his job as a result and now intends to take the matter forward at an employment tribunal. So, with the prospect of legal action looming, now is a good time to look back at how the Asda dispute has reached this point; but also to look forward to what tribunal claims may come out of it, and ask what this all means for other companies who may be considering contract changes.

How Asda changed their contracts

Regular readers of the blog may recall Emily Part’s post earlier this year which explained the options available for employers wanting to introduce changes to employee contracts. Asda began with the safest option, which was to seek express agreement to the new contractual terms. The terms were initially introduced on a voluntary basis and those who chose to sign up were offered a pay rise for doing so. However, in the months that followed, Asda made the new contract compulsory for all affected staff. The number affected by the changes exceeded the threshold set by TULRCA legislation, so the statutory obligations for collective consultation came into play. While reports have confirmed that Asda did engage in a period of consultation which resulted in some concessions, the position ultimately remained that staff who wanted to continue working at Asda had no option but to sign up to the new terms.

As the deadline for signing the new contract approached, Asda reportedly confirmed that around 300 colleagues of the 120,000 affected were yet to sign up. Those who did not sign the contract by the deadline had their contracts terminated but were given a 7-day period in which to be rehired on the new terms.

A “fire and rehire” approach, such as this, is understandably risky and the tone of the headlines covering the Asda story demonstrate this. While it may be the only commercial option left for employers to introduce new contracts in this way, since it may not be practicable for them to leave just a few employees on old contracts, it is often not perceived well by employees or indeed the wider public and can open the door to potential claims (see below). Now that the final deadline for signing the new contract has passed, more details of how Asda and its staff have been impacted by these events are likely to emerge and one of key the ways to assess the impact will be through the lens of any legal action that may follow.

Depending on an individual’s particular circumstances, the claims that the affected staff members are most likely to be able to bring against Asda (or other employers in a similar boat) are:

Other than the quotes from Mr Carson and reported statements from the GMB Union which claim that other individuals are seeking to bring legal proceedings against Asda, the potential scale of any future legal action is not yet clear. The fact that other supermarkets including Tesco, Sainsbury’s and Morrisons have implemented similar contract changes and have continued to operate without any lasting backlash will have given Asda some comfort that the long-term impact on their business could be managed. However, the company will undoubtedly be holding its breath until the deadline for submitting tribunal claims has passed.

What this means for other companies

The basis for a decision to change contractual terms and conditions goes far beyond a question of what is legal; reputational risks, economic uncertainty, the need to run a business efficiently, increased competition and staff morale are just a few other considerations. Well-known brands operating in competitive industries are faced with a tricky balancing act between often competing demands. If #BoycottAsda, and the reputational damage that a negative viral hashtag brings, had translated into customers leaving and profit being hit, might Asda have reconsidered its actions?

Changing terms and conditions of employment can be complex and problems often arise when trying to reconcile business needs with the rights of staff. Particularly with large scale exercises such as the one undertaken by Asda, it is important for employers to put in sufficient planning at the start in order to anticipate potential risks, try to minimise their impact, and ensure the procedure followed is as watertight as possible.

If you require further information about anything covered in this blog, please contact Alice Yandle, Kay Lubwika Bartlett, or your usual contact at the firm on +44 (0)20 3375 7000.