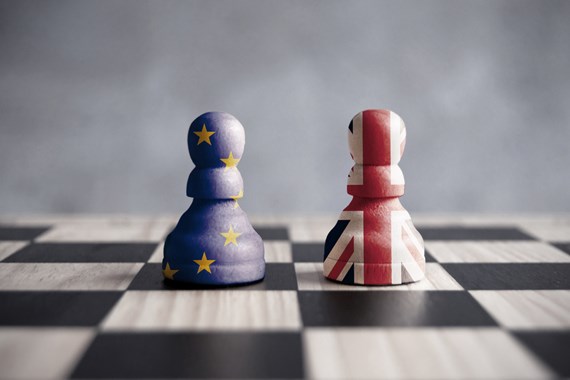 Finally, something about Brexit on which we have some certainty: Theresa May’s Withdrawal Agreement has been “crushed” (as most headlines chose to describe it) on a pretty much unprecedented scale.

So, what does this mean for employment law?

It is fair to say that there are perhaps more important questions to ask right now. Such as, what does the defeat mean for Brexit? Or the country even? Just because Theresa May survived Wednesday’s vote of no confidence, doesn’t leave us any further forward in actually knowing what will happen. Might we crash out for example or indeed remain? Will an extension to Article 50 be sought and granted? Will there be more negotiations with the EU, resulting in a Norway or ‘Canada plus’ model perhaps?  Is a general election still possible? Will we end up with a second referendum, and if so, on what question? The truth is that nobody knows, and by the time you read this blog, it might well all have changed.

But since I’m an employment lawyer, I’m going to use this blog to think about the employment law implications of Brexit. And since the UK doesn’t appear to be any closer to agreeing how to leave the EU, and time is undeniably short, I’m going to do what lawyers do best: catastrophise. So, let’s look at what a lot of EU leaders think has just become much more likely: a disorderly crashing out of Europe in just over 60 days’ time…

Answering this requires us to go back to the EU (Withdrawal) Act 2018, which received royal assent in June last year. This is what paves the way for Brexit, by providing for the repeal of the European Communities Act 1972 and converting EU law into UK law. Effectively it will be a huge legislative exercise in copying and pasting – taking a snap shot of EU law as it exists immediately before Brexit (including all EU-derived employment law, such as TUPE, the Working Time Regulations, Agency Worker Regulations – the list goes on) and converting it into domestic law.

Although the Government had hoped for a transition period until 31 December 2020, this needed the Withdrawal Agreement to be passed in order for it to happen. Since that was voted down, in the absence of an alternative deal, a transition period won’t happen. So, exit day becomes 29 March 2019.

The Withdrawal Act also has an impact on case law of the Court of Justice of the European Union (or ECJ as it is commonly known). This is important because the way the UK courts currently treat EU-derived employment law is to a large extent dictated by the interpretations of the ECJ. If we leave without a deal, while any ECJ judgments decided prior to Brexit will still be binding on UK courts, the Supreme Court, Court of Appeal and High Court will be able to depart from them “when it appears right to do so”. Furthermore, new decisions of the ECJ will no longer be binding on UK courts, though they will still be able to “have regard” to them.

What about workers’ rights?

In August 2018, the Government published a technical note on “Workplace rights if there is no Brexit deal” to ensure “legal certainty and clarity” in the “unlikely” event of a no deal (how those prospects have changed!). In it, the Government expressed a firm belief in the “importance of strong labour protection” and committed to protect and preserve workers’ rights. It explained that it will need to make small amendments to the language of UK employment legislation to reflect the fact that the UK is no longer an EU country – although it says this will not affect employment rights.

There are, however, a few rights which the Government acknowledges will be impacted in the event of a no deal:

A bonfire of workers’ rights?

All this is well and good, but as Labour has been keen to point out, it is non-binding – hence Corbyn’s accusation that a Tory Brexit will result in a “bonfire of workers’ rights”. The reason for this is that, despite the strong rhetoric, there have been murmurings, particularly among Brexiteers, that suggest not everyone is as supportive of the idea of preserving workers’ rights as the Government would have us believe.

Theresa May herself is on record saying that “no deal for Britain is better than a bad deal for Britain… [freeing the UK] to embrace the policies that would attract the world’s best companies and investors to Britain”. If we do crash out of the EU, the UK will undoubtedly be keen to attract investors and trading partners as soon as possible and, although she doesn’t say it, it is easy to see how one way of doing so would be to cut the burden and cost of employment regulation on big business.

Liam Fox, Secretary of State for International Trade has also talked about it being “too difficult to hire and fire” and there being a need for “deregulating the employment market”. Early last year, the Independent also published details of a Whitehall impact assessment which had purportedly singled out worker protections as an area which might be used for “maximising regulatory opportunities” after withdrawal.

But are employment rights really at risk of going up in flames? Despite the scaremongering, my feeling is that this is unlikely. Though it is hard to be sure of anything anymore, my reasons for this are:

If a bonfire is unlikely, what is possible is that the Government may seek gradually to repeal or at least modify certain aspects of employment law, particularly those elements which have proved unpopular to businesses or can be changed without too much objection from the unions.

Whether any of this happens is, however, a distant issue; right now the Government clearly has bigger fish to fry. For employers, the most important steps to take are likely to be those already being taken: supporting existing EEA workers on the implications of Brexit for them; identifying and addressing potential skills gaps in case of a decline in EU workers; if you receive personal data from EU countries, working with EU partners to identify a legal basis for such transfers; and reviewing agreements for European Works Councils.

My main advice though is watch this space. It may all change by tomorrow!