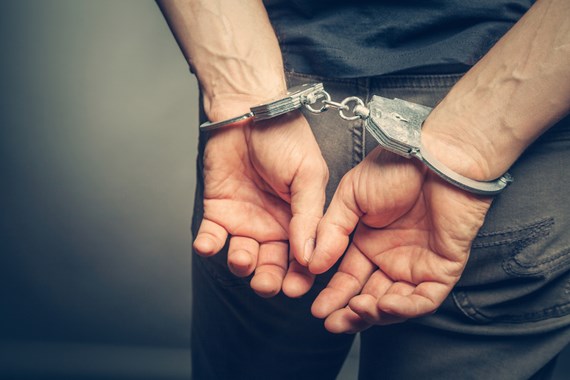 The scope for an organisation to refuse employment to a prospective employee because they have a criminal record is limited, and a recent run of cases, including the Northern Irish case of Crowe v An Post, has indicated that employers may face similar difficulties where they wish to dismiss someone who is convicted of a criminal offence once they are already in employment. Nevertheless, there are some useful principles that can be drawn from cases in this area that manifest themselves as practical guidance.

On discovering that an employee has been convicted of criminal conduct, many employers assume that they have an automatic justification for dismissal, with the most common rationale being that they can treat the relationship of trust with the employee as having broken down. However, the first rule to remember is that there is no such rule. As with any dismissal (where an employee has at least two years' service), the law of unfair dismissal requires that a thorough investigation and examination of the available facts should be conducted before a decision is taken.

Consider the seriousness of the offence

It goes without saying (but, I am about to say it, because it’s important) that dismissing an employee for a low level or 'technical' crime which has no bearing on their ability to carry out work (such as an unpaid parking ticket) is unlikely to be considered reasonable by even the most sympathetic of tribunals. As examined further below, a useful – but by no means hard and fast – distinction may be that between custodial and non-custodial sentences.

This point is key: tribunals have made clear that dismissing an employee for criminal misconduct is only justifiable where there is sufficient connection between the crime committed and the employee's work. In particular, criminal misconduct will justify dismissal only where the crime would make the employee unsuitable for their role because of the particular nature of the work, or because the conduct is capable of causing material damage to the employer's reputation.

In some cases, it will be relatively easy to satisfy this test. For example, it would be difficult to counter the argument that an employee whose role requires that they have access to the employer's bank account and who is convicted of a dishonesty offence such as theft can no longer carry out their role, on the basis that the underlying requirement that they are trustworthy has been fundamentally undermined. Similarly, I suspect that most tribunals would have sympathy for an employer arguing that an employee's conviction for a widely-reported sex offence will inevitably cause damage to the organisation's reputation, simply by virtue of the fact that failing to dismiss the employee would call into question the overall culture and values of the organisation itself.

The publicity associated with a conviction may be a determinative factor. In the case of Crowe (where a postal worker who was convicted of selling and supplying drugs outside of work, was dismissed for gross misconduct and breach of trust), one of the factors that appeared to sway the decision was that the case had been widely reported in the press, in fact, in its decision the EAT specifically contrasted the case with the similar one of Moore v Tesco Ireland Limited (where the employee was also convicted of the sale and supply of drugs) on the basis that the conviction of the employee in Moore had not been reported in the media at all.

Whilst it dealt primarily with the question of whether an employer was vicariously liable for its employee's actions rather than that of unfair dismissal, the Supreme Court's recent decision in the case of Mohamud v Wm Morrison Supermarkets nevertheless throws up some further principles which are of potential relevance when considering whether there is sufficient connection between the crime committed and the employee's work. Mr Mohamud was a customer at a Morrisons petrol station and, having interacted with an on-duty Morrisons employee inside the kiosk, was followed out onto the forecourt by the employee and told by him never to come back, before being subjected to a brutal and unprovoked attack by the employee.

In its earlier consideration of the case, the EAT, in ruling that Morrisons was not vicariously liable, had relied on what is known as 'the close connection' test. In this respect it had been swayed by what it viewed as a break in the connection between the employee's role and his actions towards Mr Mohamud (for example, his supervisor had told him not to follow Mr Mohamud out onto the forecourt, and in fact had urged him to go back inside whilst the assault was taking place). The Supreme Court, however, disagreed and ruled that an 'unbroken sequence of events' existed between the employee's employment and the assault: as the employee's role was to attend to customers and respond to their enquiries, his conduct – in the most basic sense that the assault took place in the course of his interaction with a customer – fell within 'a field of activities assigned to him by his employer', and in telling Mr Mohamud not to come back to the petrol station (being the employer's premises) he was purporting to act on his employer's business. As ever, each case will turn on its facts. However, at the very least, it does suggest that establishing a connection between the misconduct being relied on by the employer and the employment itself may be more straightforward where the misconduct takes place on the employer's premises in the course of the employee's work.

In clear recognition of the idea that, in order to be fair, an employer must treat a potential criminal misconduct dismissal in the same way as any other dismissal, the Tribunal's decision that the dismissal in the Moore case was unfair hinged, to a significant extent, on the failure of the employer to consider alternative sanctions in light of the employee's long-standing unblemished disciplinary record. Clearly, in some cases, all the unblemished service in the world wouldn't be enough to justify an employee remaining in their role. But as is so often the case in employment law, protection comes from being able to demonstrate that it was a factor that was at least considered. Therefore, you should consider it and document that you have done so (by way of a file note or email is sufficient) wherever possible.

A custodial sentence may give an employer more to work with

It is well established that Tribunals are prepared to consider imprisonment as amounting to 'some other substantial reason' for the purposes of justifying a dismissal. For example, in the case of Kingston v British Railways Board, the tribunal ruled that the dismissal of an employee who had been found guilty of a violent assault on a police officer and sentenced to three months in prison was fair, both due to the nature of the offence (which went to the root of the relationship of trust and confidence between the employer and the employee) and the fact that as a result of the custodial sentence the employee would not be able to attend work.

Interestingly, the Tribunal in that case specifically rejected the argument that the contract had been automatically terminated by virtue of the doctrine of frustration (ie that the contract simply fell away without the need for an express dismissal because the employee could not carry out his obligations under the contract on account of being in prison). However, a concurrent strand of case law has ruled that a substantial prison sentence can, in itself, terminate an employment contract by reason of frustration (for example, the case of Shepherd & Co Ltd v Jerrom, where the employee was sentenced to a nine-month period of borstal training). Unsurprisingly, tribunals have so far declined to identify a particular length of custodial sentence which will trigger an employer's ability to rely on such a sentence when dismissing an employee, but certainly this route of justification is one to consider in the event of any case of an employee being imprisoned.