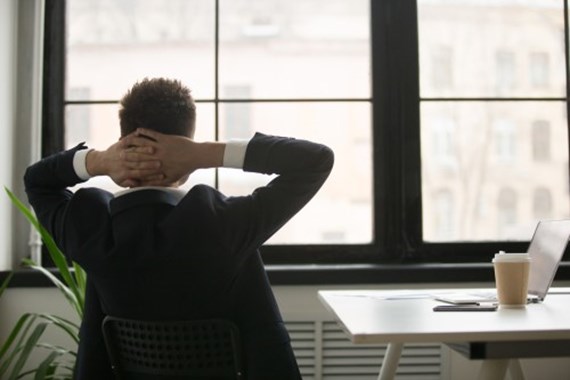 I was planning on writing a normal employment law blog this week, but then crisis hit: my husband suffered a nasty accident when out running one workday lunchtime and shattered his ankle. Needless to say, the shock and the logistical nightmare of trying to juggle two small children and visits to a hospital over an hour away has been pretty horrendous. However, life was made just that little bit easier because mine and my husband’s employers have both been fantastic.

As well as sending flowers, my husband’s company (without having to be asked) couriered his mobile phone and wallet to the hospital, because he had left them in the office before his run. His boss has also regularly texted me, both for updates and to ask how I am doing - and this from someone I have never met. They are also being completely understanding that it will take some time before he is back in the office.

Much of that is to be expected and is something that a lot of employers will do as a matter of course. What I hadn’t anticipated though was the amount of support and understanding that I would need from my employer - after all, I wasn’t the one injured or in hospital. Yet, not only have they been incredibly flexible (allowing me to work from home more to support a newly immobile husband and adjusting my hours so I can manage both the nursery drop off and pick up for a while); Crucially, they also gave me permission not to be OK. So, when I turned up at work on autopilot and in a state of shock after the accident, they were enormously sympathetic but also firm in telling me that I did not need to be there. By showing an awareness of my wellbeing, and taking the worry of work off me, they have enabled me to cope far better with the crisis in which I found myself.  Counterintuitively, this has actually meant I have been able to carry on working far better through it all than I would have done otherwise.

It appears, however, that not everyone is as lucky as I have been. A report published this month by the CIPD, in partnership with Simplyhealth, has revealed that “presenteeism”, or people coming into work when they are ill, has more than tripled since 2010 – 86% of over 1,000 respondents said they had observed presenteeism in their organisations, compared with just 26% in 2010. The significance of this, according to the report, is that increased presenteeism is associated with increases in reported mental-health conditions, as well as stress-related absence (now the main cause of long-term sickness absence in the UK). It is also likely to have a damaging effect on organisations’ productivity, since ill employees are likely to work less effectively and take longer to recover.

All of this perhaps explains why there has been a growing emphasis on employee “wellbeing” in recent years. Wellbeing is more than just physical health; it is about understanding and addressing how someone’s job – their duties, expectations, stress level, and environment etc – affects their overall health and happiness. Not only is wellbeing important for the engagement, efficiency and general wellness of employees, research also shows that organisations with effective wellbeing programmes outperform the market and are more likely to become an “employer of choice”.

Some organisations have taken their wellbeing initiatives to the extreme. The money transfer company, TransferWise, apparently has a hammock and sauna in the office to encourage employees to take more “downtime” when at work. While in France, employees reportedly have a legal “right to disconnect” under a law which gives them the right not to check work emails outside the office. Yet supporting employee wellbeing doesn’t need to be extreme or complicated - ensuring that existing policies (such as flexible working, carer days or employee assistance programmes etc) are properly promoted and genuinely supported from the top down is a start. Creating an environment where it is OK to talk about mental health concerns is another – incidentally, this is something we have been focusing on as a firm (as can be seen from this interview with one our HR managers, Kelly Leslie for STEP) and is something I can now say from personal experience makes a real and positive difference.

I could bang on about the legal reasons why supporting employee wellbeing should be on an employer’s agenda (from health and safety concerns to implied duties of care). However, what my recent experience has reminded me is that sometimes it is important not to get tied up in policies, procedures and legalese, and instead to respond to the human needs of the people we work with.