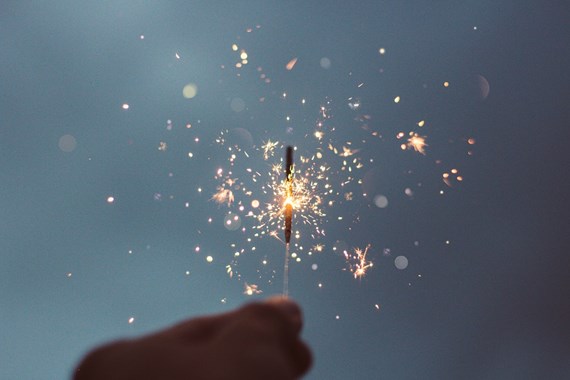 Whilst unarguably one single issue dominated the British legislature’s time and focus last year (no prizes for guessing what!), 2019 was not devoid of interesting developments in employment law. In this round-up of the last 12 months of the decade, we’ve revisited a number of the more note-worthy and thought-provoking employment law issues that have arisen.

Following the growing mountain of evidence of workplace harassment, the year began with the Government responding to a report on “Sexual harassment in the workplace”, published by the Women and Equalities Select Committee. From the report, some recommendations were accepted by the Government, including the development (in conjunction with the Equalities and Human Rights Commission) of a statutory Code of Practice on sexual harassment, an increase to the maximum penalty that tribunals can impose for an aggravated breach (which came into effect in April 2019, with the maximum limit increased from £5,000 to £20,000), and the EHRC being added to the list of prescribed persons to whom protected whistleblowing allegations can be made.

A number of the report’s recommendations also formed the basis for a government consultation on workplace harassment, which ran until October 2019. The consultation included issues such as widening protections to volunteers or interns, a possible extension to the tribunal time limits on claims, and the introduction of a mandatory duty to protect workers from sexual harassment. We are yet to see the outcome of this consultation.

More information can be found in previous articles of mine and Kathleen Heycock, found here and here respectively.

This year, a spotlight has also been shone on the use of non-disclosure agreements (or NDAs) in sexual harassment cases. The government has committed to legislate to ensure NDAs clearly set out their limitations and do not prevent individuals disclosing matters to the police or regulators. In the meantime, in October 2019, the Equality and Human Rights Commission (EHRC) published its own guidance on the use of confidentiality agreements in discrimination cases. Although this is not a statutory code, it may still be used as evidence in legal proceedings, and so it is not something organisations should ignore lightly.

In two conjoined appeals the Court of Appeal decided that it is not unlawful discrimination, on the basis of sex, for men to be paid less on shared parental leave than birth mothers are paid on statutory maternity leave.

For commentary on the cases, see Alice Kendle’s blog here.

In July 2019, the Supreme Court in the case of Tillman v Egon Zehnder ruled that, subject to certain provisions, unenforceable provisions in a restrictive covenant can be severed so as to make the remainder of the clause enforceable. The determining issue is whether the removal of the unenforceable provision would generate any major change in the overall effect of all the post-employment restraints in the contract. The decision was positive news for employers, since it represents a potential safety net in the event that drafting of restrictive covenants strays a little too wide.

Amy Wren’s summary of the ruling can be found here.

The Court of Appeal confirmed in the case of Chief Constable of Norfolk v Coffey that direct discrimination can arise on the basis of perceived disability. This covers situations where an employee has a condition which does not cause a substantial adverse effect on normal day-to-day activities (and so does not meet the statutory definition of disability) but the employer mistakenly perceives that it is likely to worsen so as to have that effect in the future.

Emily Part’s analysis of the case can be found here.

In Phoenix House Limited v Stockman, which was a particularly interesting case from the year, the Employment Appeal Tribunal held that a covert recording by an employee will not always constitute a breach of the duty of trust and confidence between an employee and their employer. Although such behaviour will normally amount to misconduct, it will not automatically be gross misconduct justifying dismissal, as the employer would need to consider all the circumstances which led the employee to make the covert recording.

More on this topic can be found here in Tabitha Juster’s article.

Alice Yandle’s article on the issue can be found here.

Towards the end of the year we saw, once again, the hot topic issue of employment status cropped up in an Employment Tribunal, where it was held that so called “limb (b) workers” are protected under TUPE. This could mean that those engaged as workers would also automatically transfer from an old employer to a new employer, in the same way as employees.

Amy Wren and Beth Balkam’s article can be found here.

The real reason for dismissal

Another important case just before Christmas was that of Royal Mail Group Ltd v Jhuti, in which the Supreme Court confirmed that when determining the reason for an employee’s dismissal, in most cases, the courts will only need look at the reason given by the dismissal decision maker. However, in cases where the real reason is concealed from the decision-maker and an “invented” reason given to them instead, then the courts are entitled to look behind that to determine why an employee was actually dismissed. Although this case concerned whistleblowing, the Supreme Court decision has the potential to have wider relevance, for example, in cases of unfair dismissal or discrimination etc.

With the dawn of a new decade, 2020 is likely to bring us more interesting developments in the employment law landscape.  Look out next week for our views on what the main highlights of this year may be.

If you require further information about anything covered in this blog, please contact Shehnal Amin or Jamie Fryer or your usual contact at the firm on +44 (0)20 3375 7000.