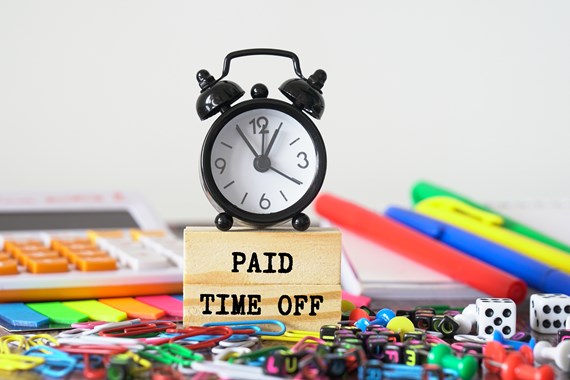 The Court of Appeal has confirmed the earlier Employment Appeal Tribunal’s (EAT) decision in Brazel v Harpur Trust. At its heart, this case addresses the issue of whether workers who are engaged throughout the year but do not work for the entirety of that period should receive pro-rated holiday entitlement.

The Court of Appeal made it clear that term-time only workers’ holiday entitlement is 5.6 weeks, and that their holiday pay should be calculated by taking their average pay over the 12-week period immediately before the first day of their paid leave (as set out in sections 221-224 of the Employment Rights Act 1996 (ERA 1996)). If there are any weeks during that 12-week period when the worker did not work or earn any money, those weeks are discounted and the pay earned in earlier weeks is included to bring the number of weeks up to 12.This 12-week reference period will increase to 52 weeks with effect from 6 April 2020, under the Employment Rights (Employment Particulars and Paid Annual Leave) (Amendment) Regulations 2018.

The Court of Appeal’s decision to uphold the EAT’s judgment confirms that employers cannot calculate term-time only workers’ annual leave entitlement and pay at 12.07 per cent of their annualised hours (a model which, until the EAT’s decision, had been widely accepted and adopted in the education sector and referenced in ACAS guidance).

The Court of Appeal’s decision is wide reaching, not only impacting schools, but also affecting all businesses who engage workers on permanent contracts but who do not work the entirety of the year. In Underhill LJ’s words this judgment will affect “other areas of the economy where work is periodic” such as workers on an oil rig.

By way of reminder, Mrs Brazel worked as a visiting music teacher for The Harpur Trust. She was employed under a permanent contract of employment but only worked during term time.

For her entitlement to paid annual leave, the Trust paid Mrs Brazel a percentage (12.07 per cent) of her accrued hours at the end of each term in three equal instalments. This approach was based on the pro rata principle, namely the concept that individuals should receive an amount of holiday proportionate to the percentage of the year they have worked if they do not work a full year. The 12.07 per cent figure was reached by dividing the working year of 46.4 weeks (ie 52 weeks minus 5.6 weeks’ statutory holiday) by the 5.6 weeks of statutory holiday entitlement.

The EAT rejected the ET’s decision and found in favour of Mrs Brazel’s argument that she was entitled to the full 5.6 weeks’ holiday, and that her holiday pay should be based on her average weekly earnings prior to the leave being taken. The EAT stated that the ET’s decision did not comply with the methodology required by the Working Time Regulations 1998 (WTR).

As the appeal raised an issue of wide reaching important for a significant number of workers regarding the calculation of holiday pay, Unison was granted permission to intervene.

Handing down the decision, with Underhill LJ delivering the lead judgment, the Court agreed that “part-year workers”’ holiday pay should not be pro-rated. They coined the term part-year worker to describe individuals who are employed for the whole year but only work for part of it.

The Court did accept the fact that extreme examples of part-year workers may produce odd results, such as an exam invigilator who only works four weeks a year, but justified this on the basis that “general rules sometimes produce anomalies when applied in atypical cases” and that those workers are more likely to be freelance than employed all year round.

A link to the Court of Appeal judgment can be found here.

What should schools do now?

It is unclear at this stage whether the Trust has sought / will seek permission to appeal to the Supreme Court.

However, if your school adopts the practice of pro-rating holiday entitlement and pay of workers who do not have normal working hours eg because they do not work throughout the year, you should take steps to:

If you require further information about anything covered in this briefing, please contact Alice Yandle, or your usual contact at the firm on +44 (0)20 3375 7000.