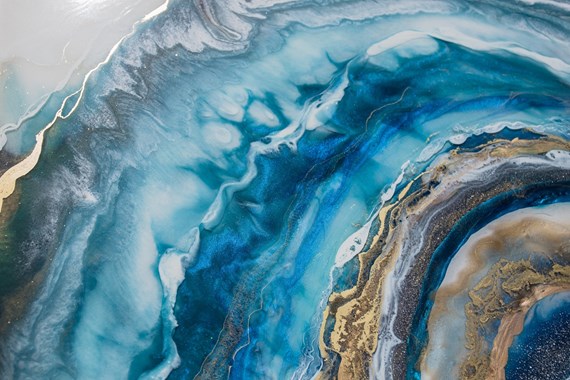 The Supreme Court handed down judgment last week in the case of Harpur Trust v Brazel, upholding the Court of Appeal’s decision that part-year workers should not have their paid holiday pro-rated. This decision will have wide-reaching implications for any organisations who engage zero-hours, term-time only or part-year workers (ie workers on permanent contracts who do not work the entirety of the year).

The need for paid holiday is a fundamental part of an employment contract; Article 2(4) of the European Social Charter highlights it as a condition for just work. The importance of holiday is not in doubt, but its applications can often lead to tricky issues, particularly for organisations which do not always have typical employment relationships or where members of staff are not engaged to work throughout the year.

The Working Time Regulations (WTR), implementing the EU Working Time Directive, state that a full-time employee or worker is entitled to 5.6 weeks’ paid holiday. The amount of the payment depends on the average weekly pay. Regulation 16 of the WTR specifies that for those working atypical hours, pay is calculated over the average earnings of the preceding 52 weeks; any week in which the worker did not work or earn anything is ignored. The now revoked ACAS guidance provided a method by which the amount of paid holiday due for those working atypical hours could be calculated, namely by multiplying the earnings of the worker by 12.07 per cent (that being the proportion that 5.6 weeks bears to the working year of 46.4 weeks).

A simplified version of the facts and history of the case is as follows:

For more on the facts and history of the proceedings please see our previous blog post on the Court of Appeal decision.

In a unanimous verdict, the Supreme Court rejected the Trust’s arguments. In short, it confirmed the entitlement to 5.6 weeks’ holiday applies to full- and part-year workers in full, without pro-rating. For those with no normal working hours, pay ought to be calculated by reference to the hours worked over a 52-week average, rather than limited by the number of hours the worker has worked.

In rejecting the Trust’s argument, the Supreme Court stated:

It is important to note this judgment only applies to employees and workers. It does not apply to genuine independent contractors. However, following the decision in Uber, Tribunals will look more forensically to see if that relationship is a sham. For more on Uber see our previous blog post here.

What can organisations do now?

While the state of the law has not technically changed, there is now no further course of appeal. Short of a change in the legislation (unlikely in the current climate), the law in this area is now settled: for part-year workers, entitlement to holiday is 5.6 weeks per year and their holiday pay should be calculated by reference to average earnings over 52 weeks, not by reference to the hours worked.

As a minimum, you should review your holiday practices and contracts to understand whether they comply with the Supreme Court judgment. We recommend that you engage with your legal advisers in this regard.

There are other steps that organisations potentially affected by this decision ought to consider taking:

1. Conduct an internal audit and assess your financial liability

Conduct an audit to find who you employ or engage (or have employed or engaged) on a permanent contract but for only part of the year and so who might be affected by the Supreme Court’s decision. Work out what the difference is between what they are currently being paid for holiday pay and what they should be paid following the Supreme Court’s decision. This is your annual underpayment.

In thinking about who might be impacted, you will need to consider how far back to look. In general, a claim for unlawful deduction of wages can be brought for a maximum of two years’ worth of back pay. A claim needs to be brought within three months from the last deduction.

If, however, a member of staff was misclassified as an independent contractor, and therefore did not receive any holiday pay, it might be longer than this. In Smith v Pimlico Plumbers, the Court of Appeal ruled that the two-year limit on the claim did not apply, which led to a significant pay-out for Mr Smith. For more on Smith see our previous blog here.

2. Speak to your insurance broker and maintain a dialogue

Whilst the insurer is unlikely to be interested unless a claim is brought, it is worth maintaining a dialogue with your broker to let them know what the position is in terms of your current liability.

Keep your senior leaders, legal and reputation management advisors informed of progress and developments and get their input in charting the best course forward. Will you offer up back payments? If so, how far back will you go? Will you otherwise wait for employees to raise the issue of historic pay and only seek to rectify the position moving forward?

Bear in mind that trade unions are alive to this issue. UNISON was allowed to make submissions in the case despite not being a party. As anyone who has attempted to catch a train in the past few weeks can tell you, we are experiencing a rise in the prominence of union action. Organisations that recognise a union should be prepared for unions to ask about what they are planning to do following this decision. For more about how to manage union relationships please see our previous article here (although written for schools, the content is relevant to any organisation seeking to understand the trade union recognition process).

With many thanks to Alex Evans, a current paralegal in our Employment team, for co-authoring this blog.

If you require further information about anything covered in this blog, please contact Jonathan Eley, Alice Yandle, Tabitha Juster or your usual contact at the firm on +44 (0)20 3375 7000.