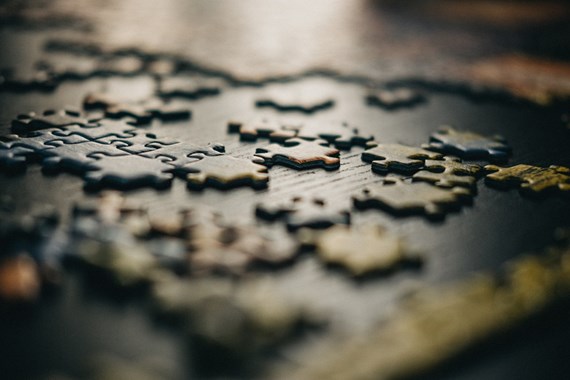 With the dust still settling on last week’s election result, it is too soon to speculate on the impact it might have on employment law. Instead, We will focus on a different and much discussed employment debate, that of the distinction between workers and employees. While rights like holiday pay or national minimum wage are the common issue at stake in employment status disputes, a recent case has brought another interesting issue into the mix by questioning what might happen to workers on a TUPE transfer.

The Transfer of Undertakings (Protection of Employment) Regulations 2006 (TUPE) provide important protection and rights to employees who work for a business that is transferred to another organisation or provide a service that is outsourced or brought back inhouse. But the decision in Dewhurst v Revisecatch & City Sprint has potentially broadened the group able to benefit from this protection, after the Employment Tribunal held that, as well as traditional employees, TUPE protects “limb (b) workers” under the Employment Rights Act 1996 (ERA).

The Claimants were cycle couriers, who were claiming that they were “workers” under the ERA. Part of their claim was that, as workers, they should have automatically transferred under TUPE from City Sprint to Revisecatch, when the former lost a contract with a client that was won by the latter. As TUPE provides that the regulations apply only to “employees”, for the claims to proceed the Tribunal had to consider whether the definition of employee under Regulation 2 of TUPE could also include workers.

Under TUPE, “employee” has a different definition to that in the ERA and refers to “any individual who works for another person whether under a contract of service or apprenticeship or otherwise” (my emphasis). Although the definition goes on to expressly exclude anyone who provides services under a “contract for service”, the question for the Tribunal was what the words “or otherwise” should be taken to mean.

In reaching its decision, the Tribunal looked at other areas of domestic statutory employment law. It noted that workers are protected under the definition of “employment” in the Equality Act 2010, and that the Trade Union and Labour Relations (Consolidation) Act 1992 uses the term “employer” to describe the person who provides work to a worker. The Judge concluded that statutory definitions do not always provide a “bright line distinction” between different types of employment status.

In light of this, the Tribunal agreed with the Claimants that the inclusion of the words “or otherwise” meant that TUPE was intended to confer rights and protections on “a broader class” of people than just employees, and so should be construed liberally so as to include workers as well. The exclusion for those providing services under “contracts for services” was interpreted as only applying to independent contractors who are genuinely self-employed.

So, what could this mean for employers in the future?

The judgment in this case ended with a reminder that the purpose of TUPE is to preserve the labour rights of those who work within an undertaking when it changes hands. Conceivably the implications of this decision could be significant, meaning that, along with employees, those engaged as workers would also automatically transfer from an old employer (transferor) to a new employer (transferee). It is possible to see this having an impact on commercial negotiations, for example, with purchasers potentially pushing for wider indemnities to counter the risk of finding themselves with more (and possibly unexpected) individuals transferring over to them.

One of the most substantial consequences of workers being employees for the purposes TUPE relates to the information and consultation obligations. These require the outgoing transferor to provide specific information about the transfer to the representatives of employees affected by it and for consultation to take place with those representatives where “measures”, such as contract changes, that relate to the transfer, are envisaged.

As well as potentially increasing the administrative burden on organisations, by having more affected individuals added to the mix, failing to meet these obligations could have serious cost implications, given that the penalty for failure to comply with TUPE’s information and consultation requirements can be up to 13 weeks’ pay per employee (and now possibly worker too). TUPE would also require the transferor to provide details about any transferring workers to the transferee, under its obligation to provide “employee liability information”. Transferees are also likely to want to carry out a much more robust due diligence exercise about who may transfer over to them.

It is worth noting, however, that this is an Employment Tribunal decision, and as such it is not binding and only holds persuasive weight on future Tribunal decisions. However, given the implications of the decision, it is likely that it will be appealed, giving scope for the higher courts to provide an authoritative decision on the point. In the meantime, while employers may want to hold off changing their approach substantively pending the outcome of any appeal, if faced with a TUPE situation, it would be advisable to look at the potential workers affected and consider whether any action should be taken to minimise the risk of an appeal being upheld, such as negotiating appropriate indemnities, or potentially including workers in the transfer.

If you require further information about anything covered in this blog, please contact Amy Wren, Beth Balkham, or your usual contact at the firm on +44 (0)20 3375 7000.