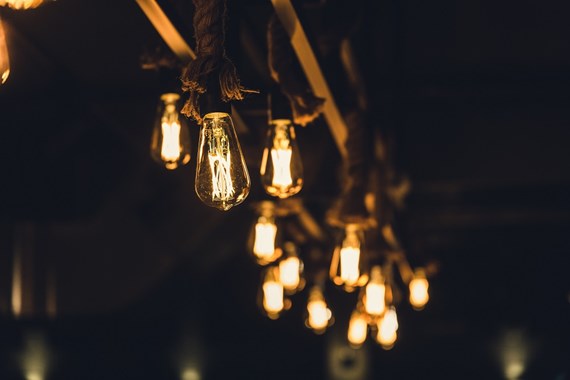 As promised last week in our round up of employment law in 2019, this article looks ahead to some key employment law developments to have on your radar in 2020.

In summary - April will be a busy month! 6 April is the red-letter day for your diary, as a number of important changes will come into effect at or around this time.

A statement of written particulars of employment – also known as a statement of terms or a section 1 statement (after the section of the Employment Rights Act 1996 which sets out the rules) – is essentially a statement setting out particular terms of an employment relationship which are prescribed by law.

From 6 April 2020, all new employees and – for the first time – workers will have a right to a statement of written particulars and some of the details about what needs to be provided and by when will change.

For more information about practical steps employers should take before these changes come into effect, see Eleanor Rowswell’s article.

Under The Agency Workers Regulations 2010, agency workers are entitled to receive the same pay and basic working conditions as direct recruits once they complete 12 weeks’ continuous service in the same role. However, there is an exemption to this rule, known as the “Swedish derogation”, if agency workers are permanently employed under a contract of employment with the agency and are paid by them between work assignments.

From 6 April 2020, the Swedish derogation will be removed. Once agency workers have completed the 12-week qualifying period, they will be entitled to the same pay as workers who are engaged directly by the employer. They must also be provided with a statement setting out the key terms under which they will undertake the work. On or before 30 April 2020, agencies must notify all agency workers whose contracts contain a Swedish derogation clause, in writing, that the clause will no longer have effect.

The Government’s “Good Work Plan”, published in December 2018 as its detailed response to the Taylor Review, recommended various measures to strengthen employment rights. These included lengthening the reference period for calculating holiday pay.

For more information about the “Good Work Plan” and further reform to be expected, see David Hunt’s article.

April 2020 will mark the arrival of changes to the IR35 rules (also known as the “intermediaries” or “off-payroll” legislation) for the private sector. The new rules put the onus on private businesses (unless exempt) to decide whether any workers who provide services to them via an intermediary are "deemed employees" under the IR35 rules for tax purposes. If they are, private employers will need to account for employment taxes on payments the business makes to the intermediary.

For information about what the current position is, what is changing and what steps private employers should be taking to prepare for and respond to the changes, see Sophia Coles’ article and Charlotte Black’s article. Note that the government launched a review of the proposed changes on 7 January in a bid to address concerns as to how the rules will be implemented. Given the timing and the fact that the implementation date has not been paused, it is hard to see how a genuinely meaningful review can take place. The review will conclude in mid-February and we will report on its findings then.

The Parental Bereavement (Leave and Pay) Act 2018 is expected to come into force in April 2020. Under this new piece of legislation, employed parents who are bereaved will have a right to two weeks of leave following the loss of a child under the age of 18, or a stillbirth after 24 weeks of pregnancy. The leave may be taken in one two-week block in two separate blocks of one week, but it must be taken within 56 weeks of the child’s death. Subject to meeting eligibility criteria, bereaved parents may also be able to claim pay for this period.

The Government has indicated that it will legislate to increase the protection offered to new parents who face redundancy. Currently, women on maternity leave who are made redundant are entitled to be offered a suitable alternative vacancy if one is available with their employer. Following a government consultation on extending this redundancy protection to cover an additional period of six months after they return to work from maternity leave, the government’s response was published in July 2019. Within the response, a number of commitments are detailed, including confirmation that the redundancy protection period would be extended to six months once a new mother has returned to work.

Legislation will be brought forward “when Parliamentary time allows”, which may well be 2020 – so, watch this space.

Supreme Court Judgements in the pipeline

Towards the end of 2018, the Court of Appeal confirmed in the case of WM Morrisons Supermarkets plc v Various claimants that employers could be held vicariously liable for a rogue employee’s data breach, even if they have done as much as they reasonably can to avoid any such breach.

The case was appealed and heard by the Supreme Court in November 2019, so 2020 will bring a Supreme Court judgment which could significantly impact employers. In the meantime, it important for organisations to have robust data protection policies in place and take care as to who is “entrusted” with what data and how.

For more information about this case and noteworthy points for employers which arose from the Court of Appeal judgment, see Amy Wren’s article.

The high-profile case of Aslam & Farrar v Uber BV on the status of gig economy workers continues. In December 2018, the Court of Appeal dismissed Uber’s appeal against the decision of the Employment Tribunal and the Employment Appeal Tribunal and held that Uber drivers fall within the statutory definition of “worker” and are not self-employed. The distinction is critical, as worker status comes with entitlements to rights such as holiday pay and national minimum wage.

Uber has, once again, appealed the decision. The Supreme Court will hear the appeal on 21 and 22 July 2020.

The main issue in these cases, Hextall v Leicestershire Police and Capita v Ali and another, is whether it is sex discrimination for an employer not to pay a man who takes shared parental leave following the birth of a child at the same rate as a woman on maternity leave.

The Supreme Court judgement expected this year has the potential to be a landmark case, (re)shaping of the interplay between sex discrimination and parental rights.

It may be the dawn of a new decade, but this article wouldn’t be complete without some mention of the issue that will continue to dominate the British legislature’s time and focus. At the time of writing, the UK is due to leave the EU on 31 January 2020 and the Government is seeking to reach a deal with the EU about its future relationship by December 2020, following an 11-month transition period.

Uncertainty about the employment legal landscape post-Brexit remains. As the immediate legislative timetable will inevitably be clogged with Brexit-related matters, it is unlikely radical change can be expected in the near future. Nevertheless, it important to prepare for all eventualities.  With that in mind, consider our run-down of the Conservative party manifesto pledges in relation to employment law/regulation and the Government’s guidance, published in August 2019,  about what can be expected for workplace rights if there is “no deal”.

If you require further information about anything covered in this blog, please contact Rachel Lewis or Genna Morgan or your usual contact at the firm on +44 (0)20 3375 7000. 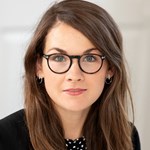