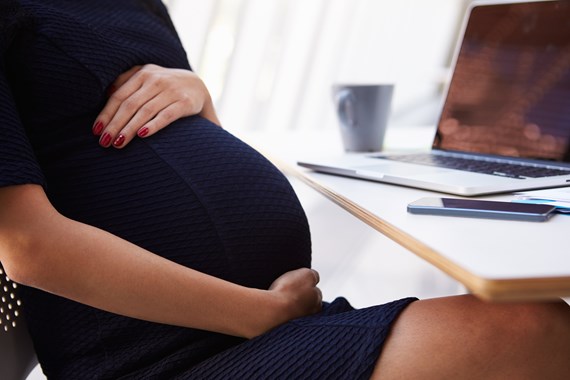 ‘Why wasn’t I allowed…to apply for the full-time roles like everyone else in my department?’

Miss Watts was made redundant during her maternity leave. Whilst she was off work, her employer, Croydon College, underwent restructuring and her position was cut. To make matters worse, they interviewed employees for an alternative role that Miss Watts was qualified for but failed to notify her of the opportunity because she was on maternity leave. As an aside, the role was later given to a male employee. [Watts v Croydon College]

Miss Watts’ experience is disturbingly commonplace. Whilst many mothers fear commonly cited after-effects of pregnancy, like postnatal depression (which affects one in 10), the risk of losing their job is in fact higher. According to research commissioned by the Department for Business, Energy and Industrial Strategy in 2016, one in nine women were fired, made redundant or felt forced to leave when they returned to work after pregnancy and maternity leave.

To protect mothers more adequately, the Government has issued a consultation to extend their redundancy protection to six months after they restart work (the consultation closes on 5 April 2019). Currently, if a woman is made redundant whilst she is on maternity leave, she must be offered a suitable alternative vacancy if one is available with the employer (or associated employer) (Maternity and Parental Leave Regulations 1999, Regulation 10). However, she is unprotected immediately before and after she goes on maternity leave. The proposed changes would therefore protect a mother from being made redundant for six months after returning from maternity leave by offering her a suitable alternative role, if there is one.

Whilst the proposal would extend existing protections, some have criticised both the proposal and the protections as being redundant themselves. According to the Equality and Human Rights Commission, more mothers are made redundant when they are on maternity leave than before or after, despite the current legislation. Therefore, there is a feeling amongst some that there is little reason to prolong them for a further six months. Furthermore, mothers are only protected from redundancy if the employer has an available suitable vacancy. She is merely prioritised over other colleagues facing redundancy, not protected from it altogether.

In contrast, Germany provides pregnant women with special protection. If a woman is made redundant from the time she is pregnant up until four months after giving birth, this will be automatically invalid unless the employer has secured the consent of a public authority. Consent will only be given in exceptional cases, such as in the shutdown of the entire organisation. The British Government, however, believes that the German model is not transferable because it is inconsistent with the current UK system of enforcement of individual employment rights and the Employment Tribunal’s role.

Other proposals take both reactive and proactive approaches. The Women and Equalities Select Committee’s 2016 report suggests extending the time limit for bringing a pregnancy and maternity discrimination claim in the Employment Tribunal from three to six months. This aims to introduce a more feasible time limit to encourage mothers to bring claims, taking into account that new mothers are preoccupied with recovering from the birth and tending to their new baby, not the stress of asserting their employment rights. However, this extension only allows mothers to assert their rights in bringing a claim after being made redundant. It fails to tackle maternity discrimination itself.

A more proactive approach to protecting mothers’ rights in the workplace therefore requires a wider shift in societal norms. Redundancy is one aspect that negatively impacts individual mother’s careers, but a wider issue is the ‘motherhood penalty’ – “a gradual but continual rise in the [seniority and] wage gap… by the time the first child is 12, women’s hourly wages are a third below men’s” (The Institute of Fiscal Studies, 2016) this was borne out by the gender pay gap figures released last year.

To eliminate this penalty, commentators argue that the role of parenting must be divvied up equally between parents so that it is not the woman’s career that ultimately suffers. Pragmatic ways to do so include reducing the cost of childcare, encouraging fathers to take their full paternity leave allowance and/or participate in shared parental leave and supporting flexible working. Shared parenthood will reduce the stigma that women have to somehow choose between their career or family and allow them to be simultaneously viewed as professionals and mothers. As Lady Hale puts it: “Do employers automatically think that a woman who takes any time off at all for their family is less committed to the job or do they realise she’s probably more committed?”.

If mothers are seen as desirable employees, maybe maternity discrimination itself will become redundant.

There is obviously only so much that employers can do to change social norms about working mothers. However, whilst they wait for these to shift, there are some practical steps to take: