Fire and rehire: a practice under new scrutiny and practical tips for employers 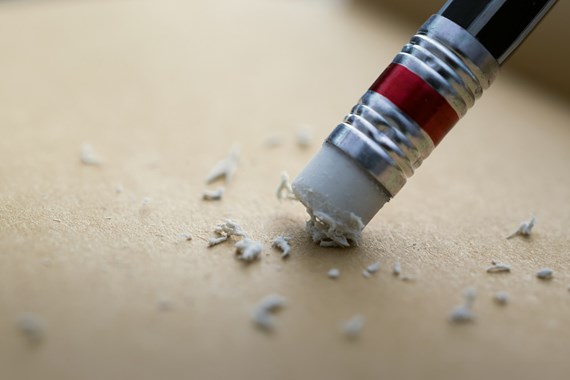 As the impact of the Coronavirus pandemic continues to be felt across businesses, some have been exploring ways in which they can cut employment costs. One approach which has hit the headlines recently, having been pursued by the likes of British Gas and Tesco, is the controversial practice of “fire and rehire”.

Fire and rehire is a new name for an old practice – that of dismissal and re-engagement. It describes a situation where an employer dismisses an employee but re-offers them their old role on new (and often less favourable) terms.

Although the practice of fire and rehire is not unlawful if carried out properly, not surprisingly it has attracted criticism, with Unite and the TUC both calling for it to be banned. In light of the growing (and increasingly negative) attention about the use of fire and rehire, earlier this year the government commissioned Acas to gather evidence about its use. Its findings have recently been published.

In this blog, we consider the outcome of Acas’ investigation, the government’s response to its report, and how employers can ensure any process that may result in fire and rehire is handled properly.

What is fire and rehire? Changing employees’ terms and conditions

The practice of fire and rehire occurs when an employer seeks to vary an employee’s terms and conditions of employment. To understand how it fits into this process, here is a reminder of the options available to employers when seeking to introduce contractual change:

Further details about changing contractual terms can be found in our blog Making changes to employees’ terms and conditions. Acas has also published a guide on Changing an employment contract.

What does Acas say in its paper on fire and rehire?

Acas has recently published the results of its investigation into the use of fire and rehire practices in its paper Dismissal and re-engagement (fire and re-hire): a fact-finding exercise.

The report engaged with a number of stakeholders ranging from trade unions to professional bodies. Many condemned fire and rehire as a tactic used to undercut workplace dialogue, weaken workers’ rights and imbalance negotiations in order to impose less beneficial terms. However, others argued the practice could be used as a reasonable last resort where there is a genuine business need or to help reduce redundancies.  Participants agreed that the practice is likely to increase as government business support, such as the furlough scheme, is wound down.

There was no consensus among respondents over how fire and rehire could be reformed. However, the paper included a number of suggestions for providing more protection, including “naming and shaming” employers and reforms to unfair dismissal law.

The government’s position on fire and rehire

In response to Acas’ report, Paul Scully, Parliamentary Under-Secretary of State for BEIS, said that the use of fire and rehire as a negotiating tactic was “unacceptable and, frankly, immoral” (echoing Boris Johnson’s words from January this year). However, he confirmed that the Government has no immediate plans to introduce “heavy-handed legislation” to prevent the practice. Instead the government has asked Acas to prepare clearer and more comprehensive guidance on how and when such tactics should be used.  None of the other suggestions for improvement have been taken forward.

Given the calls for fire and rehire to be banned, not surprisingly the government’s response has been strongly criticised, especially by trade unions who described it as “limp”, suggesting that this debate is unlikely to go away.

Despite the criticism, fire and rehire is not in and of itself unlawful, provided it is carried out properly. However the process is risky; as well as exposure to potential employee claims, employers should be aware of the possible reputational damage and impact on employee relations, and in some industries the potential for industrial action.

The recent Employment Tribunal case of Khatun v Winn Solicitors Ltd serves as a good example of what can happen when the fire and rehire process is handled badly. In this case, while the Tribunal accepted that the employer had “sound business reasons” for wanting to seek a variation of contracts, it “did not detect even a hint of any reasonable process being followed” – there was no meaningful consultation, Ms Khatun was given 24 hours to accept the changes or face dismissal, and was not offered an appeal.  As a result, Ms Khatun’s dismissal was found to be unfair.

So for employers considering a process which might involve fire and rehire, here are some practical suggestions for how to avoid similar mistakes:

With special thanks to Natasha Neale who assisted with this article during her vacation scheme at Farrer & Co.

If you require further information about anything covered in this blog, please contact Caitlin Farrar, Amy Wren, or your usual contact at the firm on +44 (0)20 3375 7000.