Icing on the cake for free speech? 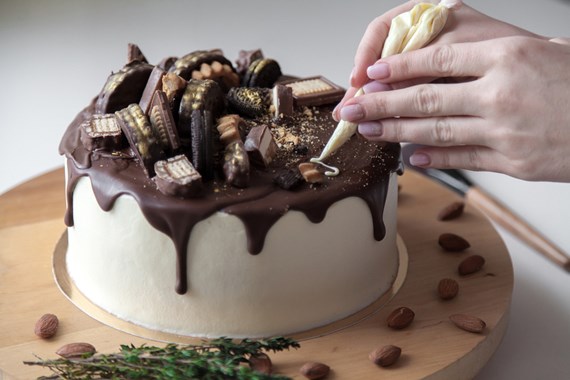 The age-old battle between equal rights and free speech has come to a head in a clash over a cake; the dispute between a gay customer and a Christian bakery drew to a close at the end of October, as the Supreme Court delivered its judgment on the lengthy ‘gay cake’ case (see full judgment here).

In July 2014 the Asher Bakery refused to produce a cake with the slogan ‘support gay marriage’ for a gay customer. Their objection was on religious grounds; they claimed that the message was at odds with their personal views on homosexuality. The order placed by Mr Lee to the family-run bakery in Northern Ireland has become the most expensive cake ever requested in UK history, now totalling almost £500,000 including legal fees.

The Supreme Court overturned the Court of Appeal’s decision (see our previous blog post here) in concluding that the bakery had not discriminated against Mr Lee due to his sexual orientation or his political views.

Direct discrimination on the ground of sexual orientation

The Court dismissed the claim for direct discrimination, which is the less favourable treatment of an individual based on a protected characteristic – in this case sexual orientation. It found that the bakery objected to the message, and crucially, not the messenger. They felt that the bakery had not treated Mr Lee any less favourably than the bakery would have treated a heterosexual customer asking for the same cake. Lady Hale attached significance to the fact that the bakery had served Mr Lee before, therefore it was not discriminating against him as a customer but refusing the particular order that he had made. She also noted that support for gay marriage was not a proxy for sexual orientation, people of all sexual orientations can, and do, support gay marriage.

A comparison was drawn with previous case law (Bull v Hall in 2013), where Christian hotel owners refused a double-bed room to a same-sex couple. In this case, the hotel directly discriminated against the couple because they were gay, whereas the Ashers objected not to Mr Lee personally but to the service he requested.

In this respect, the Court has helped draw a clear distinction between the right to hold a belief and the right to manifest that belief in certain behaviour(s). As Oliver Wendell Holmes, Former Justice of the US Supreme Court, stated “the right to swing my fist ends where your nose begins.”

Discrimination on the grounds of religious belief or political opinion

The second ground was under a specific provision in Northern Irish law, which incorporates political opinion as a ground for discrimination whereas the Equality Act 2010 in the rest of the UK covers only religious or philosophical belief.

Whether there was an indissociable link between Mr Lee’s political opinion and the message he wished to promote, was the subject of additional legal scrutiny. The fundamental question here was whether support for gay marriage was so intrinsically linked to Mr Lee as an individual that such a stark distinction between the message and the messenger could be proved untenable. Lady Hale reached the conclusion that this was certainly arguable but must be balanced against the rights of the bakery owners under Articles 9 and 10 of European Convention on Human Rights (ECHR), to freely express their conscience and religion.

Notably, the Court considered the American concept of ‘compelled speech’ in their suggestion that the bakers should not be obliged to provide a service endorsing a viewpoint to which they are vehemently opposed.

This argument has been rejected by some who contend that there was no danger that an objective observer would perceive that the message on the cake represented the baker’s beliefs. In the same vein, no inferences about the opinions of a printer are likely to be drawn from the leaflets they print during the course of their employment.

And is ‘compelled speech’ itself so objectionable? Cigarette companies are legally obliged to display health warnings, food items must display nutritional information – if the state enforces the dissemination of certain messages in the interests of society, ought not equal rights be one of them?

It is important to recognise how this notion of compelled speech translates into workplace practices and where the right not to speak applies. Many employees undertake tasks during the course of their employment which conflict with their religious or political views. For example, a climate sceptic teacher may still be required to teach the subject and individual reporters may be commissioned to write articles with a stance at odds with their personal beliefs.

It is worth questioning how this case would have differed if only one employee of the cake shop was against gay marriage – could such an employee have been compelled to have made the cake? Or dismissed for letting his or her personal beliefs impact on his or her ability to perform his or her employee duties?

Employers must have robust equality provisions to protect against discrimination but where possible must also acknowledge that client-facing staff will have their own beliefs and the right to hold these should be safeguarded. What employers may want to consider is the extent to which employees can be permitted to manifest these beliefs in a more public manner, and to work this into their relevant policies to ensure people have clarity about what will or will not be acceptable in the workplace.

Ultimately it remains up to employers to balance these commitments; A half-baked policy could be a recipe for disaster.