In this post I look at what, I think, are the key ten (ok – eleven as I couldn't let "bumping" not make the post!) pitfalls to avoid when carrying out a collective and/or individual redundancy exercise.

Where an employer is collectively consulting (because you are proposing to dismiss 20 or more or 100 or more employees on grounds of redundancy at a single establishment in a period of 90 days or less), you will be aware that you must collectively consult with a recognised trade unions/employee representatives for a period of 30 or 45 days respectively before any dismissals take effect.

Crucially, in order for the 30 or 45 day period to commence, the employer must issue in writing to the appropriate representatives what is a very prescriptive notice setting out:

(b)       the numbers and descriptions of employees whom it is proposed to dismiss as redundant;

(c)       the total number of employees of any such description employed by the employer at the establishment in question;

(d)       the proposed method of selecting the employees who may be dismissed;

(e)       the proposed method of carrying out the dismissals, with due regard to any agreed procedure, including the period over which the dismissals are to take effect;

(f)        the proposed method of calculating the amount of any redundancy payments to be made (otherwise than in compliance with an obligation imposed by or by virtue of any enactment) to employees who may be dismissed;

(g)       the number of agency workers working temporarily for and under the supervision and direction of the employer;

(h)       the parts of the employer's undertaking in which those agency workers are working; and

What you obviously do not want to do is to think you have started the 30 or 45 day consultation period only to then find that you have not because no notice or a non-compliant notice has been issued.

2.         Not pre-determining the outcome of the consultation process

Case law (see the case of UK Coal Mining Ltd v (1) National Union of Mineworkers (2) British Association of Colliery Management) is also clear that in consulting in relation to ways to avoid the dismissals it is necessary to consult on the business reasons behind the dismissals and the employer must do so whilst the proposals are still at a formative stage.

It is therefore important that any management papers, minutes or even emails reflect the fact that the relevant business proposals are only proposals and that no final decisions have yet been reached.  Otherwise the consultation will clearly risk being deemed to be a sham.

Where 20 or more or 100 or more redundancies are being proposed at a single establishment in a period of 90 days or less, the employer must submit an HR1 form to BIS at least 30 or 45 days respectively before the first dismissal takes effect.  A copy of the form must also be provided to the employee representatives.  Failure to notify BIS can result in criminal proceedings and a fine of up to £5,000.

Again, in order to submit the HR1 form, a similar level of detail in relation to the proposals is required as set out above.

Before the consultation process commences, the employer will have to decide on the relevant pools of employees at risk of redundancy.

Whilst there is, understandably, a temptation to try and limit the number of employees being placed at risk, defining the pool too narrowly can impact on the fairness of the rest of the redundancy process.  For example, employees who are subsequently selected for redundancy but would not have been selected had the pool been defined correctly more widely, will, presuming they have the necessary qualifying service, have claims for unfair dismissal.

In identifying proposals it is important to focus on roles and not individuals.  If you do focus on people rather than roles you will risk pre-determining the subsequent selection process.

Again, it is also worth bearing in mind that any lists, no matter how “unofficial”, drawn up in the course of developing the proposals will be disclosable in any subsequent Tribunal proceedings.  Again any such lists should therefore focus on roles and not individuals.

Consultation must be entered into “with a view to reaching agreement”.  This does not mean that agreement must be reached.  However, it does mean that:

(b)          sufficient information is provided to allow for a response;

Where applications for voluntary redundancy are invited it is important to make it clear that the employer reserves the right not to accept all applications, particularly where more applications are received than there are roles at risk.  There will also need to be some forward planning in relation to the criteria to be used in deciding which applications to accept in these circumstances.

It is also important to remember that voluntary redundancies still count for the purposes of calculating the number of proposed redundancy dismissals under the collective consultation legislation.

The employer can decide on its own selection criteria provided that it is criteria which a “reasonable employer” could have agreed upon.  It should though consult on proposed criteria before the criteria is finalised.

The criteria should be as objective as possible and each employee’s score against the relevant criteria should be recorded, preferably with any relevant notes.  Where more subjective views do have to be reached, for example in relation to an employee’s performance, it is advisable for any such decisions are taken by at least two managers.  This will hopefully then minimise any subjectivity.

Standard criteria can include:

When applying selection criteria it is important to avoid any discriminatory factors.  For example, stating the obvious, periods of maternity leave should not account against some when assessing attendance.  Equally, careful thought should be given before including any absences which are related to a disability.

10.      Remembering that special rules apply to employees on maternity leave

Where an employee on maternity leave is selected for redundancy, they are afforded additional protection as they are entitled, as of right, to be offered any suitable alternative employment available (thereby jumping ahead of any other employees in the queue) (see Regulation 10 of the Maternity and Parental Leave etc Regulations 1999).

Bumping occurs where a specific role is at risk and the employee in that role is bumped into another role (which they obviously must have the relevant skills to carry out), resulting in the individual in that other role then being made redundant in their place.  One example from a case on bumping was where a mechanic at risk of redundancy asked to be bumped into a driver role, which was being carried out by someone with far less service than him.

An employer is not always required to consider bumping and indeed in most cases it is likely to be inappropriate.  However, it is worth at least noting that it has been considered and, if it is not being pursued, why it is not being pursued.  In addition, particularly in cases where the work is relatively low skilled, if the employee at risk has worked in other areas and has longer service than the employees in those other areas, you are more likely to be under a positive duty to consider bumping and if you do not it could impact on the fairness of the relevant dismissal. 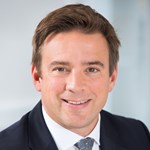