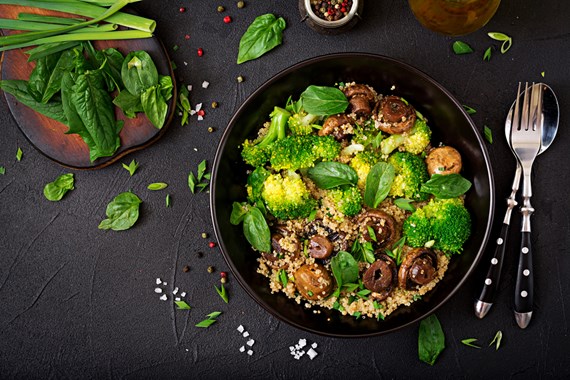 While many people may have been turning their minds to Christmas festivities at the start of December, in the employment field we were greeted with a raft of headlines exclaiming about a “landmark discrimination case” concerning whether veganism is a protected belief under the Equality Act 2010. The question is what is so “landmark” about this case, and is there anything that employers can take away from it?

Jordi Casamitjana, a Zoologist and self-proclaimed ‘ethical vegan’ has alleged that he was dismissed by the League Against Cruel Sports (LACS) after disclosing the organisation’s investment in firms involved in animal testing.

Mr Casamitjana is bringing a discrimination claim against his former employer, arguing that he was treated less favourably because he is a vegan (ie direct discrimination). He considers the hearing to be a potential step forward for the rights of vegans, stating: “it's a hearing to decide the legal status of the belief in ethical veganism.”

The LACS are contesting Mr Casamitjana’s accusations and assert that he was dismissed for gross misconduct. Nevertheless, the case has sparked debate about what legal protections should be afforded to vegans, and indeed other belief systems, under UK law.

Veganism has grown exponentially in the UK over the past 5-10 years. The number of vegans in the UK quadrupled between 2014 and 2018 (to an estimated 600,000 or 1.16% of the population). It has certainly garnered press attention in recent months after ex-Waitrose editor William Sitwell’s was forced to resign after making a ‘joke’ about “killing vegans”.

However, numbers themselves do not determine whether something is a philosophical belief. In this case, the distinction between a dietary vegan and an ethical vegan is likely to come to the fore when applying the test above. As an ethical vegan, Mr Casamitjana suggests that his convictions affect every aspect of his life; veganism rooted in the principle that it is wrong to exploit or kill living beings pervades not just food choices but entertainment and clothing. When lifestyle decisions are viewed through this lens, a persuasive argument can be made that veganism has a weight and cogency befitting of legal protection.

Case law can help decipher what the courts have and have not considered to be a ‘belief’. Examples of protected beliefs have included: a belief in the ability of mediums to contact the dead, a belief that lying is always wrong and a belief that fox-hunting is unethical. However, the courts did not deem a belief that 9/11 was a ‘false flag’ operation and a belief that a poppy should be worn in early November to be sufficiently substantial and thereby worthy of legal protection.

Certainly, this case may be the first time that the employment tribunal has considered whether veganism should receive the status of a protected characteristic under the Equality Act. However, in a wider discrimination context, the question is not particularly ground-breaking.

In May 2018, an NHS Trust advertisement for a position as an Occupational Therapist stated: ‘veganism or other highly restrictive eating practices cannot be accommodated’. The line was removed after the International Vegan Rights Alliance challenged this as a form of direct discrimination.

The European Convention on Human Rights contains protections for freedom of thought, conscience and religion under Article 9; this has, in past cases, encompassed veganism. In 1991 a prisoner brought a discrimination claim against a UK prison which refused to exempt him from working in a print room where non-vegan ink was used. The claim ultimately failed however the UK government did agree that veganism fell within the scope of Article 9.

Given this, and the number of beliefs that the tribunal has held to be protected (man-made climate change and the proper and efficient use of public money in the public sector, to name but two), it would be highly surprising if the tribunal did not find that Mr Casamitjana’s ethical veganism was protected as a philosophical belief.

The bigger issue for Mr Casamitjana in this case is whether he was in fact directly discriminated against because of his vegan beliefs. This tribunal’s decision about the status of his vegan beliefs is likely to be made at a first, or preliminary, hearing. If that succeeds, the claim will then go to a full hearing where, in order to be successful, Mr Casamitjana will need to establish that his dismissal was because he was vegan. This may well be a harder argument for Mr Casamitjana, since the LACS “emphatically rejects” that this is the case and denies that there is any link between his dismissal and his veganism. If Mr Casamitjana is unable to show that his veganism was the reason for the treatment (rather than, for example, some other factor merely connected to it), his claim will fail.

Lessons to be learned

There are two main lessons that employers can learn from this case.

Second, the interesting thing about this case is that Mr Casamitjana received a lot of press coverage for an issue which most employment commentators consider is likely simply to be accepted by the tribunal. Might the LACS have been better served not to have taken issue with the point (and so perhaps avoided some of the publicity), and instead focused its efforts on contesting Mr Casamitjana’s actual discrimination allegations, where it might stand a better chance of success? The point for employers is that sometimes it is better (both from a presentational and a reputational point of view) to concede small points and focus instead on the bigger picture.