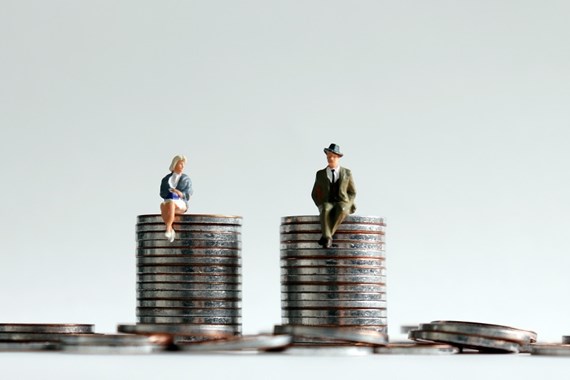 One of the first major employment stories of 2020 has been the news that journalist Samira Ahmed has won her equal pay claim against the BBC. Samira Ahmed had argued that the difference in pay she received for “Newswatch" (£440 per episode) compared to the pay Jeremy Vine received for “Points of View” (£3,000 per episode) was due to sex discrimination. The Tribunal gave short shrift to the BBC’s arguments that Jeremy Vine needed to have “a glint in the eye and to be cheeky” to do his job, and found that the work the two presenters did was “virtually the same”, and as such deserving of equal pay.

The reality of equal pay claims is that they often turn on their individual facts. There are however some tenets of equal pay law which are worth more general repetition:

1. What does the law say about equal pay?

The law on equal pay can be found in the Equality Act 2010. Its purpose is the elimination of gender based pay differentials, under the strap line "equal pay for equal work" - a concept which is deceptively simple on the face of it, but which has proved alarmingly complex in practice.

Put simply, there are three main elements to an equal pay claim that an employee has to establish in order to get a claim off the ground:

a. A claimant needs to show that they are paid less compared to someone of a different sex (a comparator), and it is fair to say that usually the claimant is a woman and the comparator a man. The comparator can be a current or previous employee.

b. The comparator must receive more pay than the claimant.

c. The claimant and the comparator must be employed on "equal work" – that is like work, work which is rated as equivalent or work of equal value.

Assuming those ingredients are all present, the law will imply a "sex equality clause" into the claimant's contract of employment, which has the effect of increasing his/her pay to the same level as their comparator’s pay. He/she can also claim back pay of up to a maximum of six years. However, the sex equality clause will not operate if the employer can establish a "material factor defence” – ie show the difference in contractual terms is genuinely due to a material factor which is neither directly nor indirectly related to sex.

2. Who gets to choose the comparator?

Before Samira Ahmed’s claim made it to Tribunal, she submitted a grievance about her pay. This was not upheld for a number of reasons, including – the BBC said – because she had been paid in line with her male predecessor on Newswatch, and so had not been paid less than a male comparator.

In this, the BBC erred because, significantly, it is for a claimant to select their own comparator. It is irrelevant that an employer can point to a different employee doing the same work as a claimant for the same pay; it is not for an employer to choose the comparator.

3. Does it matter in an equal pay claim if employees have different job titles?

No. As you might expect, what matters is the actual role the employees were/are carrying out. So, in the Samira Ahmed case, the Tribunal dismissed arguments that they were doing different work because she was working on a news programme, and Jeremy Vine on an entertainment programme, since essentially they were both doing a presenting job. Minor differences in role or responsibilities are unlikely to have any bearing on whether individuals do the same or similar work.

4. How is “pay” calculated when considering equal pay?

A claim for equal pay may be made in respect of any contractual term, whether or not it relates to actual pay. It will therefore include salary, non-discretionary bonuses, holiday pay, over-time, sick pay, pension benefits and contractual benefits-in-kind such as company cars. It will also include non-monetary matters like hours of work and holiday entitlement. Non-contractual benefits (such as promotions, or discretionary bonuses or pay rises) will not be covered by the law on equal pay, but instead will be covered by discrimination legislation.

5. How can an employer defend a disparity in pay?

Employers can defend arguments of equal pay on the basis of the “material factor defence”, that is by demonstrating that the variation in pay is due to a material factor which is not directly or indirectly discriminatory.

To do this, the employer will need to prove:

a. that the material factor relied on is genuinely the real reason for the difference in pay (ie it’s not a sham);

b. that the factor relied upon is the cause of the disparity. To establish this, the factor must be “significant and relevant”; and

As you might expect, every defence will depend on the facts of the case. Examples of material factors which might establish a defence, depending on the circumstances, include: length of service, past performance, market forces and shortage of skills, mistake, and different grades on a pay scale.

Clearly it helps to have evidence to demonstrate the rationale for any decisions about levels of pay, and so support any material factor defence. In the Samira Ahmed case, the BBC’s defence was seriously undermined by the fact it didn’t provide evidence from anyone who was directly involved at the time in the relevant pay decisions or negotiations. The lesson for other employers is to keep contemporaneous records about the factors that are relied upon when setting different rates of pay, so as to justify pay decisions.

The BBC found itself in difficulties in this case because it had “no transparent or consistent process for evaluating and determining pay”. For employers concerned they might be in a similar position, it is not too late to take action. The Equality and Human Rights Commission has published helpful guidance entitled “How to achieve equal pay”, which covers things like: carrying out an equal pay audit or benchmarking review, introducing pay transparency, and ensuring pay structures are based on objective job evaluations rather than managerial discretion.

For the BBC, the pain isn’t over. Although compensation hasn’t yet been determined in the Samira Ahmed case, it is reported that she is seeking almost £700,000 in back pay. This comes amid reports that Sarah Montague, former presenter on BBC Radio 4’s Today programme, has reached a £400,000 settlement with the BBC and an apology over her unequal pay. Moreover, the National Union of Journalists has claimed that there are a further 20 equal pay claims against the BBC waiting to go to Tribunal, and around 70 cases awaiting resolution internally. The issue of equal pay is not going to go away anytime soon.

If you require further information about anything covered in this blog, please contact Amy Wren, or your usual contact at the firm on +44 (0)20 3375 7000.