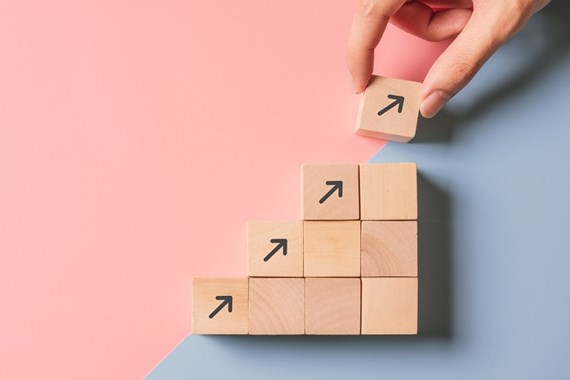 Following our blog on an introduction to union recognition for employers, in which we considered the matters employers should be aware of in relation to requests for union recognition, in this blog we look further into compulsory recognition of trade unions and take note of recent case law in this area.

In particular we consider recent claims made by trade unions, in which they sought to widen the statutory recognition process by challenging perceived barriers to statutory recognition on human rights grounds, particularly Article 11: the right to freedom of peaceful assembly and to freedom of association with others, including the right to form and join trade unions for the protection of his / her interests.

Compulsory recognition, otherwise known as statutory recognition, occurs when a trade union has successfully applied to the Central Arbitration Committee (CAC) for recognition, usually after having failed to agree all the terms for voluntarily recognition with the relevant employer.

Once a union achieves statutory recognition, it will have the right to collectively bargain with the relevant employer on behalf of the workers in the relevant “bargaining unit” in respect of pay, hours, and holidays.

The process for statutory recognition is governed by the Trade Union and Labour Relations (Consolidation) Act 1992 (“TULRCA”). In very broad terms, for an application to the CAC to be admissible the union must serve a copy of the correct application form and supporting documents on the employer. Further, the CAC must be satisfied that at least 10 per cent of the workers in the bargaining unit are members of the union, and a majority of workers in the bargaining unit would be likely to be in favour of the union conducting collective bargaining on their behalf.

Once matters reach the CAC, it normally indicates that an employer is opposed to union recognition in their workplace. Employers will therefore be reassured to know that in addition to the basic steps above, there are other hurdles governing the statutory recognition process which unions need to clear before statutory recognition will be awarded. Below, we consider some further specific barriers and how they have recently been interpreted by the courts.

1. Can a union apply for statutory recognition on behalf of outsourced workers to collectively bargain with the end-user rather than direct employer?

No. References to “employer” and “worker” in the relevant statutory provisions makes clear that statutory recognition must be sought with the workers’ legal employer.

The Independent Workers' Union of Great Britain’s (IWGB) sought to challenge this on human rights grounds when it applied for a judicial review of the CAC’s decision not to accept its application for statutory recognition for collective bargaining rights with the University of London. The proposed bargaining unit was made up of workers, such as security guards, porters, and receptionists, employed by Cordant Security Ltd to work at the University’s sites.

The High Court considered IWGB's argument that the right to collective bargaining in Article 11 should extend to bargaining with the entity that effectively controls the terms and conditions under which the workers work, in this case the University (as opposed to their direct employer). However, the Court dismissed the application and concluded that the fact that the University substantially determined the terms and conditions of the relevant workers and was their “de-facto” employer was of no consequence. The Court confirmed if there is no contractual relationship, Article 11 cannot be engaged.

Even if the right were engaged, the Court held it would be justified by Article 11(2), since if it were to permit IWGB to obtain compulsory collective bargaining rights with the University, this would impinge the University’s economic rights and freedoms by undermining its choice in how to conduct its operations, ie the choice to outsource certain services and staff to a third-party employer.

2. Can a union apply for statutory recognition on behalf of individuals that do not fall under the definition of “worker”?

No. The legal scheme for statutory recognition in TULRCA can only impose recognition on employers of “workers” as defined in section 296.

The High Court dismissed another judicial review challenge on human rights grounds brought by IWGB against the CAC’s decision to reject its application for statutory recognition to conduct collective bargaining in respect of a particular group of Deliveroo riders.

The CAC had decided the riders did not fall under the legal definition of “workers” in s.296 TULRCA, as they were not obliged to perform work personally, and IWGB’s application for statutory recognition was therefore excluded by statute. In its judicial review, the IWGB argued that the law should be interpreted purposively with Article 11 so as not to exclude individuals whose contracts do not technically satisfy the requirement of personal service from the right to bargain collectively.

The High Court held that Article 11 rights did not extend outside an employment relationship ie did not go as far to also cover those who did not fit under the statutory definition of worker in TULRCA. In any event, if the right were engaged, again the exclusion would have been justified under Article 11(2).

3. Does a union have the right to have their application for statutory recognition accepted where there is already a recognised union?

No. The law states that an application will not be admissible if there is already a collective agreement in force under which a union is recognised as entitled to conduct collective bargaining on behalf of any workers falling within the relevant bargaining unit.

In the same judicial review made by IWGB against the CAC’s decision for the workers in the University of London (see above), the IWGB argued this legal provision breached Article 11, an argument rejected by the Court of Appeal.

The Court hypothesised that in a scenario where there isn’t an incumbent union and the employer refused to recognise an independent union with widespread support, there would be a violation of Article 11 if no mechanism existed under which the employer could be compelled to recognise that union. However, this is not what the law prohibits and therefore the Court held the legal barrier to statutory recognition where there is already a recognised union falls within the margin of appreciation and is not in breach of Article 11 rights.

If you require further information about anything covered in this blog, please contact Caitlin Farrar, or your usual contact at the firm on +44 (0)20 3375 7000.