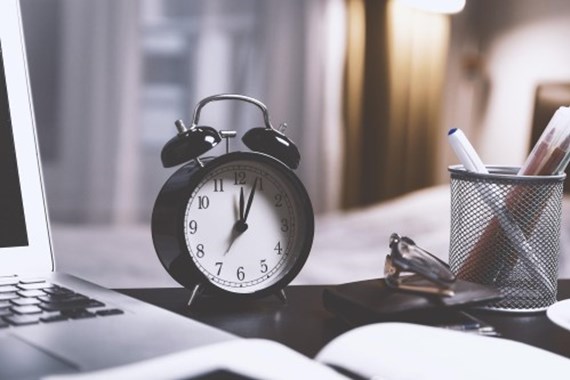 The Court of Justice of the European Union (CJEU) has ruled that employers must keep systems in place to record the daily hours worked by each of their workers. This is not currently a requirement under the UK Working Time Regulations.

The case began as a dispute between a bank, Deutsche Bank SAE, and a Spanish trade union over whether Spanish law required the bank to record all the hours worked each day by its full-time employees. The bank argued that it didn’t – and pointed to a previous decision by the Spanish Tribunal Supremo (Supreme Court) to this effect – however the union countered that under the EU’s Working Time Directive (WTD) there was in fact an obligation to do so. The Spanish court referred the case to the CJEU for a decision.

The judgment raises a couple of quite tricky questions for the UK government and UK employers, most of whom have been (un)happily trundling along with the UK’s Working Time Regulations (or WTR – the regulations brought in by the UK government to implement the European directive in question). First, as it no longer seems clear that the UK WTR comply with European law, will they need to be amended? And secondly, what impact will the CJEU’s decision have beyond Brexit?

The court’s decision hinged upon the question of how EU Member States can ensure the provisions of the EU Working Time Directive remain effective, which they are under a duty to do. The WTD sets out mandatory periods of daily and weekly rest for workers, and stipulates a maximum forty-eight hour working week, although individual Member States have discretion over how these rules are implemented.

In its judgment the CJEU highlighted the fact that the worker is the weaker party in the employment relationship, and that the absence of a system for recording the duration of time worked deprives workers of the opportunity to confirm that their rights under the WTD are being complied with. Employers must not be in a position to restrict those rights, and nor should workers feel unable to claim them. Other potential sources of evidence for hours worked, such as witness statements, emails and phone records, were held by the court to be insufficient for workers who might challenge their employers over potential breaches of their rights conferred by the WTD.

Interestingly, the UK government weighed in with some observations on the case that were considered in the decision. Along with the Spanish government, the UK emphasised that setting up the systems to measure every worker’s daily hours envisaged by the court may be a matter of considerable expense for employers. The court’s response was to state that “purely economic considerations” wouldn’t be put before the safety and health of workers. Member states must ensure that employers set up “an objective, reliable and accessible system enabling the duration of time worked each day to be measured”, and that, it seems, will be that.

In the UK’s case, this could mean that the WTR have to be amended to fit with the CJEU’s interpretation of the WTD, as EU Member States must ensure that European Directives are implemented properly. Until now, UK employers have not been required to hold records on the daily or weekly rest periods specified in the WTD, and they also have never been asked to set up systems to record the daily hours worked by each of their workers, instead only to ensure “adequate records” are kept in relation to the maximum weekly working hours limit. Now it seems they must do so.

However, the UK is of course (apparently) going to leave the EU, and our future relationship with the EU’s employment law is at the moment still uncertain. It is not clear when or how the potential amendments to the WTR will be made by the government. In the meantime though, the CJEU has drawn attention in its decision to the fact that national courts must interpret national legislation in the light of the EU directive it is designed to implement, and employers should be aware that claims in the Employment Tribunal and in the courts relating to working time could be impacted by this judgment.

With thanks to Henry Brereton for preparing this piece.

If you require further information about anything covered in this blog, please contact Rachel Lewis or Henry Brereton, or your usual contact at the firm on +44 (0)20 3375 7000.