After a promising start, 2020 is proving to be one of the most challenging years in living memory. As the commercial property industry licks the wounds that have already been inflicted by COVID-19, it must steady itself for further turmoil as fresh lockdowns become a reality across the UK. Against this backdrop, and with Brexit creeping back onto the front pages, the commercial property sector will need to be more nimble and robust than ever before.

In our previous articles in this series we have considered the detail and implications of the various interventions that have been introduced by the Government so far this year to aid tenants who have taken a pounding at the hands of COVID-19. We have also considered the emergence of a possible rebalancing of power between landlord and tenant, most noticeably with the introduction of the Commercial Property Code of Conduct, and what the altered landscape may look like when the dust settles.

In this article we will briefly summarise the latest developments and take stock of where things now stand.

The CA has been further updated by regulations (Business Tenancies (Protection from Forfeiture: Relevant Period) (Coronavirus) (England) (No 2) Regulations 2020) that came into force on 29 September 2020:

These extensions are intended to help provide businesses and employees with certainty and protect vital jobs, particularly in the retail and hospitality sectors.

In our third article of this series, we summarised the key relevant provisions of CIGA, and in particular that winding-up petitions cannot be presented on or after 27 April 2020 based on a statutory demand served during the “relevant period” (1 March to 30 September 2020). This restriction is extensive and essentially prevents debt-based petitions being presented during the relevant period unless the debt(s) in question arose long before the pandemic.

By further regulations (The Corporate Insolvency and Governance Act 2020 (Coronavirus) (Extension of the Relevant Period) Regulations 2020) that also came into force on 29 September 2020, the “relevant period” has now been extended to 30 December 2020. In effect, this means that the presentation of winding-up petitions, an important card in a landlord’s deck, will now largely be deferred until 2021 – and possibly beyond.

Taken together, the extensions of the relevant provisions of CA and CIGA will not be welcome news for landlords. That said, neither move was unexpected.

Perhaps a less foreseeable development arose from the recent New Look company voluntary arrangement (CVA). In its bid to stay afloat, on 15 September 2020 New Look secured landlord approval for a business and financial restructuring contingent on the adoption of a turnover rent model on over 400 of its leases across the UK. The fashion retailer asked its landlords, under a CVA, to agree to rents based on shop turnover, set at varying levels depending on the location and performance of stores – with the stark alternative being the failure of the company.

The move is unprecedented and could result in many other retailers using the CVA process to attempt a mass switch to turnover rents. Other retailers, including Sports Direct and AllSaints, have sought turnover rents, but previously no process had put so many stores on revenue-linked leases at one time.

It is no secret that landlords dislike turnover rents and the uncertainty that they bring. The success of these arrangements is inextricably linked to the tenant’s trading performance, and where they struggle landlords are likely to see poor returns. Unsurprisingly, the New Look CVA has prompted an outcry from landlords and the property industry as a whole that the insolvency process is being abused. Nonetheless, other retailers are likely to follow suit, signalling a substantial shift in the retail lease structure and, potentially, further deterring investment in the already ailing sector.

On a sunnier note (for the property market, if not the insurance industry), also on 15 September 2020 the High Court found in favour of the Financial Conduct Authority’s (FCA) business interruption test case. The Court had been asked to consider whether business interruption cover was triggered under various policy wordings for losses caused by the pandemic and the response to it. The FCA advanced arguments on behalf of policyholders, and eight major insurers participated as defendants.

The Court’s decision, in a lengthy and detailed judgment, is largely (although not entirely) in favour of the policyholders. The Court held that, subject to the specific wording used, some disease and denial of access clauses did provide cover and that both the pandemic and the response to it constituted an indivisible cause of covered loss.

The FCA expects insurers to contact their policyholders within seven days of the decision. It is likely to take longer for pay-outs to follow and an appeal to the Supreme Court is rumoured. Nonetheless, the High Court’s decision is currently binding on the insurers that were party to the case and the FCA has made clear that insurers should not delay business interruption claims pending an appeal.

The judgment is a welcome result for policyholders and could result in improved liquidity for thousands of commercial tenants. It could also have an impact on insurance provisions in commercial leases, but that remains to be tested. For more detail on the judgment view this article from our Disputes team.

As summer progressed a sense of tentative optimism began to grow and it was noticeable that investors were starting to engage with the market again. However, as autumn grips the land the  “flattening of the curve” seen during summer appears to have offered a false dawn and coronavirus cases are on the rise again. The Government has said that it intends to “act fast” in response and there is a possibility of further, much stricter measures, including a second nationwide lockdown.

While localised lockdowns and hospitality curfews are far from ideal, any blanket restriction on normal life could devastate the UK economy – and further erode sentiment in the commercial property market. The Government has also confirmed a significant U-turn on its policy of getting people back to work, with the message now being to work from home where possible. This will serve yet another blow for commercial tenants who rely on the city footfall trade.

What (if any) further guidance will follow from the Government in order to offer certainty and stability in the commercial property market remains to be seen. For now, what is increasingly clear is that stakeholders in all corners should continue to demonstrate and encourage collaboration, support and growth. If that happens then hopefully the market will not only keep its head above water during this temporary struggle but it might just come back better and more adaptable when normality resumes.

If you require further information about anything covered in this briefing, please contact Mark Gauguier, Graham Anderson, Hayley Wilson , or your usual contact at the firm on +44 (0)20 3375 7000. 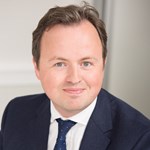 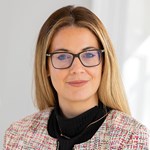