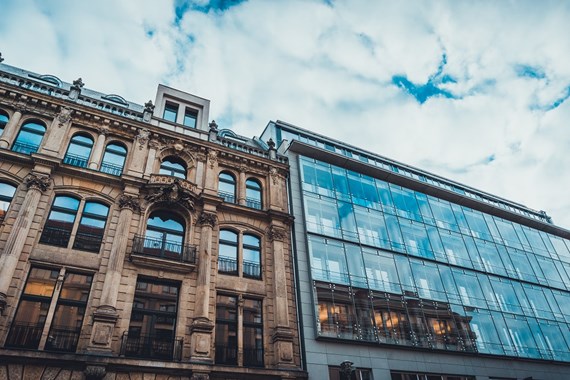 In part one of this article, we considered the uncertain position of commercial landlords during the pandemic and in the face of the Government’s reaction to the plight of business tenants. Whilst understandable, the actions taken by the Government have sent ripples of concern running through the commercial landlord community and helped spread a sense of a lack of balance in the landlord and tenant relationship. This has only been reinforced by a number of judgments [1] granting tenants injunctive relief in anticipation of the enactment of the Corporate Insolvency and Governance Bill 2019-21, suggesting that the Courts are aligned with the Government’s protectionist approach.

The difficulties that are faced by landlords can be overplayed, particularly given that the prevailing legislation is temporary and that the prohibited remedies are generally refuges of last resort. In a sector driven by sentiment, however, there is a definite lack of feel good factor. So, what is the outlook generally for commercial landlords and what does this mean for the wider UK commercial property investment market?

In some quarters at least, the battle rages between commercial landlords and tenants. In many ways, this is a continuation of existing fights over the balance of power, which were already evident before the crisis, for example the well-publicised dispute over the future of Debenhams. Lockdown has simply exacerbated the process, bringing some of the arguments into sharper focus with many tenants refusing to pay rent during lockdown.

A good example is the ongoing fight between Travelodge and many of its landlords. Piqued by the perceived injustice and opportunistic self-serving actions of the leisure giant, a number of landlords (most vocally Nick Leslau) are forcefully challenging Travelodge’s refusal to pay rent during the pandemic and its immediate aftermath. The sense is that, notwithstanding the devastating impact of COVID-19 on Travelodge’s business in 2020 and possibly beyond, the (ultimately) well-capitalised hotel chain is using the crisis to its advantage – and withholding rent that it could pay (by calling on its wealthy backers) if it felt so inclined.

Travelodge is just one of many large corporate tenants taking this approach and, while landlords understand that some smaller tenants may genuinely be struggling for survival, landlords are aggrieved to be shouldering the burden where corporates ought to have appropriate measures in place for difficult times.

The sense of injustice felt by landlords is set to be compounded by the impending threat of what many feel to be unmerited and unnecessary Company Voluntary Arrangements (CVAs) if landlords do not simply fall in line with tenant requests.  For a refresher on CVAs, see here.

The threat of CVAs in these circumstances is not a new phenomenon. The commercial property industry has experienced their impact over the last two years, as certain household names have entered into what have become known as “landlord CVAs” (which primarily compromise the obligations owed to landlord creditors, rather any other creditors).

It seems highly likely that the current climate is set to encourage the use of CVAs by tenants, perhaps in increasingly questionable and creative ways. The Travelodge CVA, for example, allows the hotel chain to cherry pick from nearly 600 assets the hotels it likes (and essentially writing off those that have not performed) and to slash rents across many properties into 2021 – in a manner that feels less like a reaction to the current troubled times than the taking of an opportunity to reorganise the financial fundamentals of the business.

This conflict is by no means limited to Travelodge. The last few months have seen a number of high street occupiers drift into administration, including Mothercare, and we understand that further administrations and CVAs are in the pipeline – with large insolvency practitioners boosting their teams in anticipation. Understandably, tenants are having a tough time and it is likely that many will not survive the fallout of what may be the sharpest economic decline since the Great Depression.

Ultimately, landlords may have limited control over this, with many tenants likely to fail whatever actions landlords choose to take. That said, in our experience landlords can help at least to stem the tide, if not turn it, through active asset management and the building of strong relationships with tenants.

What, then, of the landlords and their economic plight? While (quite rightly) the Government has been quick to protect jobs and to help employers through rough times, despite some encouraging noises nothing has been done so far to shore up the commercial property market. This is in stark contrast with the actions of other European countries, such as Denmark (where space furlough schemes, which share the pain between landlords, tenants and Government, have proved successful) and Sweden (where Government subsidies can compensate for rent abatements).

The main concern, beyond landlords’ immediate cashflow woes, will be that other parts of the world may start to be viewed as a safer haven for inward investment by foreign investors. Built on strong foundations of geographical location, the rule of law and well-established market conventions, the UK commercial property market has maintained its enviable reputation as a global investment destination of choice over a long period of time. While we will undoubtedly see some change, it is critical to the UK’s general economic well-being that the reputation of the UK commercial property market remains intact.

In a (welcomed) effort to inject some balance the Government is proposing to implement a code of practice for the commercial property sector – which will focus principally on supporting high street landlords and tenants. The Code, which it says will bring “clarity and reassurance” over rent payments, will be temporary and voluntary when it is introduced but it may stick around and, possibly, even become mandatory. It is early days for the Code but the hope is that, in the Government’s words, it will “enable collaboration and cooperation within the sector and help ensure no one part of the chain shoulders the full burden of payment”.

In the most part landlords have been prepared to shoulder much of that burden, but there comes a point at which they need to be supported too. After all, it must not be forgotten that landlords remain subject to the terms of their finance arrangements and, potentially, enforcement action from their lenders if revenues dry up. Major lenders have so far acted flexibly and responsibly to commercial borrowers, allowing amendments to facilities and capital payment holidays, but the Government is aware of the sensitivities here and the impact that landlord failure could have on the wider economy.

In the longer-term, the effects of landlords failing to maintain their usual income streams may have far reaching consequences. While sympathy may be limited for individual private investors, the so-called fat cats, many property investors represent a crucial lifeline for pensioners, charities and government bodies. The reduction in, or even possible disappearance of, distributions from these landlords could be a devastating blow for those who need it most – particularly in these uncertain times.

The Government is consulting widely and it has established an impressive working group of industry leaders to produce a Code that it hopes will be relevant and offer genuine assistance to the sector. Further clarity should be available by the June quarter, which will be long overdue for some landlords.

Will there be change?

Inevitably, the pandemic has had a considerable impact on the commercial property market, which rarely responds favourably to uncertainty or commotion of any kind. While there have been good news stories – such as CapCo’s confident acquisition of a hefty chunk of their West End neighbour, Shaftesbury, and the strong performance of the Supermarket Income REIT – other funds have suspended trading and mainstream transactional activity has slowed to a crawl. Opinions on the immediate future for the industry seem to differ wildly depending on who you speak to and when – some cite the death of the office market, others laud its new dawn; some consider the upcoming recession a mere blip compared to the Global Financial Crisis of 2008/9, others fear it will be much worse – but that is no surprise!

What does seem likely, however, is that we will see some changes to the business tenancies that underpin the investment market. It is hard to predict exactly how this will play out, but some of the following seem plausible.

Any change will be hard fought. Ultimately, though, the shape of the economy and the relative negotiating strength of the parties will do the talking.

What of the future?

What will be important, in amongst all the uncertainty and speculation, is how the Government approaches this sector in the longer term. While it is understandable that the Government has relied on emergency legislation to address the immediate impact of the pandemic, it is hoped that the Government will refrain from attempting to usher in more wide-reaching and permanent changes. Of course, Brexit will be back on the agenda soon, and it may have other things to think about.

Either way, traditionally the market has been allowed to decide its own destiny – the result of which has been the creation of a robust and globally respected investment environment, attracting significant inward investment from all parts of the world and accounting for about 7 per cent of UK GVA. Legislation can be a blunt and clunky instrument and one that fits uncomfortably with the agile world of commercial property. Water finds its own level and, while some broad intervention is necessary, so the market tends to operate best when it is least constrained and left to its own devices.

The key will be to ensure that any changes, whether they derive from new legislation or grow organically as the market recovers from the shock of the crisis, remain proportionate and balanced. Balance is the essential element here and it is central to the continuing success of the commercial landlord and tenant relationship. In turn, that relationship must be allowed to improve, and seen to be restored, as the UK economy dusts itself down and gets back on its feet – and as the UK commercial property market redoubles its efforts to present itself as an attractive destination for investors.

If you require further information about anything covered in this briefing, please contact Mark Gauguier, Barbara Webb, or your usual contact at the firm on +44 (0)20 3375 7000. 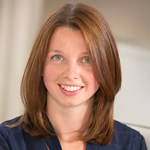