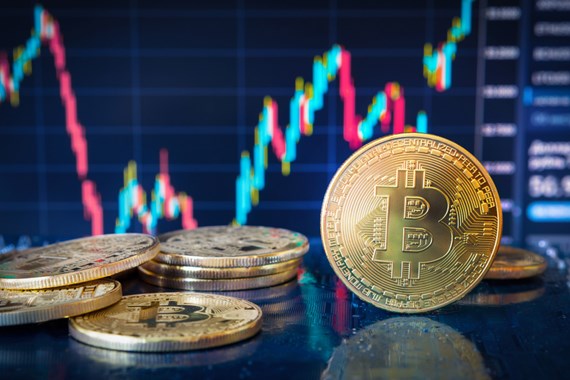 Cryptoassets such as Bitcoin are becoming increasingly familiar and respected in financial circles. They are now more commonly exchanged for goods and services, traded, or held as part of investment portfolios. However, their legal status and tax treatment is still not universally understood, which can present unique risks and opportunities for coin holders. Might there even be an argument that they escape tax altogether?

Digital currencies exist in a unique ecosystem with their own concepts and systems. For instance, take an e-wallet, which acts as an encrypted key to interact with digital blockchain ledgers so that users can mine, send and receive cryptocurrency. An e-wallet contains no assets itself, making it fundamentally different from a standard wallet from a legal perspective. These sorts of distinctions from real world equivalents can be found throughout the crypto-currency world.

Importantly, a cryptoasset itself is intangible data and, unlike regular currencies, cryptocurrency has no intrinsic value or buying power as legal tender. It might be argued that it does not even confer typical rights of property ownership on its holder. If that is correct, cryptoassets present their holders with unique risks (for example, potential lack of legal remedies for loss or theft) but also potential opportunities…

HMRC’s view on the tax treatment

HMRC acknowledges the legal conundrum that cryptoassets present. In its most recent Policy Paper of December 2018, it states that ‘the tax treatment of cryptoassets continues to develop’ and that ‘HMRC will look at the facts of each case… our views may evolve further as the sector develops’.

However, HMRC’s guidance nevertheless goes on to say that transactions in cryptocurrencies follow the same general tax rules as transactions in any other form of asset. On that basis, cryptocurrency transactions need to be considered by reference to the relevant activities and intentions of the taxpayer to determine whether they yield an income or capital return. For individuals, profits or losses will be within the scope of income tax in the former case, or capital gains tax in the latter. The relevant amounts to tax are to be determined by reference to value of the cryptoasset in sterling on the day of purchase, sale, ICO or other relevant transaction.

HMRC previously conceded that some transactions could be so highly speculative that the user will be effectively gambling. It would follow that they may not be taxable, though the corollary is of course that losses would not be tax deductible. In the context of more active cryptocurrency markets such as Bitcoin, it will be a bold taxpayer who relies on this line of argument given the more mainstream nature of those currencies. Moreover, HMRC’s position is now that ‘HMRC does not consider the buying and selling of cryptoassets to be the same as gambling’. Certainly, users could expect HMRC to take some convincing of that argument.

The tax treatment of other cryptoasset activities, such as coin mining, follows the same logic; they are taxed in the same way as other ongoing activities which generate value. Consequently, the sterling value of the mined cryptoassets forms part of the miner’s taxable income for the year in which the assets are awarded, and is subject to income tax accordingly.

In summary, HMRC’s position is that:  ‘[f]or the tax treatment of virtual currencies … we have not at this stage identified any need to consider bespoke rules’. But is that right?

On the face of things, HMRC’s position seems logical. The effect is that cryptocurrency gains and losses will generally be taxed in just the same way as other assets, such as forex transactions. But whilst this might seem to be common sense, the legal and tax analysis does not necessarily follow.

To illustrate, take a gain which a user makes from a sale of cryptocurrency that has been held for investment purposes. Applying HMRC’s guidance, that gain would be within the scope of capital gains tax. It follows that, broadly speaking, the difference between the sterling value of the currency at the time of the transaction and its acquisition cost would attract capital gains tax at up to 20%. It is worth pausing to note that even this conclusion presents numerous technical tax issues though, such as ascertaining a single sterling value in the absence of an official spot rate or determining a single acquisition cost if only part of a portfolio is sold.

However, the transaction also presents some more fundamental tax questions, because capital gains tax only applies where there is a disposal (or a deemed disposal) of an asset. The word ‘asset’ has a specific legal definition for these purposes, broadly meaning any form of property other than sterling cash. Case law suggests that for something to be classed as a form of property it must have certain characteristics. Most importantly, it must provide its holder with definable property rights; various court decisions make it clear that information by itself does not constitute legal property unless it provides such rights.

In the context of cryptocurrency, the ‘coin’ itself is just data that provides certain information for the digital blockchain ledger. However, that information does not confer any rights on its holder and nor does it provide any form of proxy value for something which does (in the way a bank account does for traditional currency). In addition, the e-wallet, which might conceivably ‘belong’ to a user in a meaningful sense, does not actually contain any form of asset.

Might this mean that certain cryptoassets are therefore not a form of property in the legal sense? If so, they are also arguably not assets for tax purposes, and it would follow that the sort of transaction illustrated above is not taxable and that HMRC’s guidance is wrong.

Of course, this sort of argument cannot be expected to be well received by HMRC, nor necessarily by courts or tribunals in the first instance. But it does illustrate the sort of challenge that cryptocurrencies raise for legal systems and for tax authorities. HMRC’s latest guidance does not, for example, tackle the as yet unanswered question of where cryptoassets are situated for tax purposes. So although HMRC ‘have not at this stage identified any need to consider bespoke rules’ for the taxation of cryptoassets, it does not follow that there is no need for bespoke rules and bespoke professional advice.