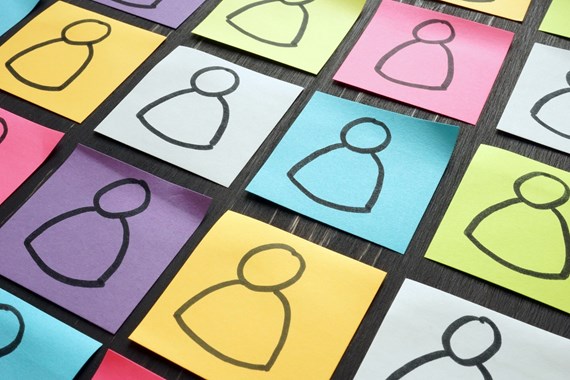 There has been a renewed focus and national conversation about gender-based violence, of which domestic abuse is one form. The statistics show that during the pandemic, domestic abuse charities have seen a shocking rise in the rates of demand for their services.

The pandemic has resulted in victims being unable to access support in the same way as before, being confined largely to the home and unable to attend work or school, or see friends or other support. According to research by Women’s Aid, 67.4 per cent of victims who are currently experiencing abuse said the abuse had got worse during the pandemic.

Following a consultation on workplace support for victims of domestic abuse in 2020, the Government published a report and open letter to employers in January 2021, urging employers to "look at what more your organisation can do to help survivors of domestic abuse". Although there is currently no specific domestic abuse legislation giving rise to obligations on employers, we believe employers will be expected to take steps in future. We advocate that employers should develop a domestic abuse strategy, informed by specialist agencies.

Why is domestic abuse an issue for employers?

Domestic abuse is very common; one in four women and one in six men will experience at least one incident in their lifetime. It is likely that members of most workforces will have some experience of it. We believe there is a clear moral obligation on employers to deal with perpetrators in the workforce. In addition, there are commercial reasons why employers should take steps.

The impact on performance

Victims may experience depression, sleep deprivation, inability to concentrate, loss of appetite or physical pain. These factors could result in performance issues, absenteeism or presenteeism, and consequently reduced productivity and lost output. Research by KPMG for Vodafone indicates that £316m in economic output is lost by UK businesses each year as a result of absences related to domestic abuse. In addition, the potential loss of earnings per female victim is £5,800 per year. Spotting the signs of domestic abuse at an early stage can facilitate early help and the right interventions, which may help victims and save employers time and costs associated with performance management or capability procedures.

Domestic abuse can enter the workplace

Research shows that up to 75 per cent of employed victims are harassed by their abusers while at work. This could be through repeated calls or visits to the workplace. This can impact on colleagues who may find themselves taking messages from the perpetrator, shielding the victim from unwanted calls or other interruptions, taking on the victim’s duties or covering for their absence. In some cases, they may inadvertently put themselves at risk.

An employer that fosters a culture of openness, commits to protecting workers from all forms of abuse and seeks to support victims is likely to be well placed to recruit and retain high-performing employees.

There are also circumstances where an employer may be liable for steps taken (or not taken) relating to domestic abuse, which we discuss below.

The Government currently uses a non-statutory definition of domestic abuse: "Any incident or pattern of incidents of controlling, coercive or threatening behaviour, violence or abuse between those aged 16 or over who are, or have been, intimate partners or family members regardless of gender or sexuality. It can encompass, but is not limited to, the following types of abuse: psychological; physical; sexual; financial; emotional."

At the time of writing, the Domestic Abuse Bill is moving through Parliament. It will introduce, among other things:

The Government also confirmed on 1 March that it would introduce an amendment to the Bill to include a new specific offence of non-fatal strangulation, which would be punishable by five years’ imprisonment.

With the exception of coercive or controlling behaviour, there is no specific criminal offence of "domestic abuse". However, criminal law criminalises domestic violence through offences that also apply in non-domestic contexts, including battery, sexual assault, rape and harassment.

It may be helpful for employers to understand the statutory agencies’ response to domestic abuse. Most local authority areas now use the Domestic Abuse, Stalking and Honour Based Violence Risk Identification Checklist (DASH-RIC) to assess the level of risk to victims. Multi-Agency Risk Assessment Conferences (MARAC) are regular meetings that take place in each local area, usually chaired by the police, where statutory and voluntary sector partners work together. MARAC considers cases identified as "high risk" by use of the DASH-RIC and develops a coordinated safety plan to protect each victim.

There is currently no specific domestic abuse legislation giving rise to obligations on employers. That said, employers’ existing legal obligations are relevant, including:

A perpetrator in the workforce

A recent report by the CIPD and Equality and Human Rights Commission recommends that employers should challenge perpetrators in the workplace. An employer would benefit from having a clear domestic abuse strategy and policy in place to deal with alleged or admitted perpetrators. Even if the abuse takes place outside work, it may be possible to discipline the employee. To assist, the disciplinary policy should make clear that domestic abuse (wherever it occurs) can result in disciplinary action up to and including dismissal or notification to the police or regulators. When faced with an admitted or alleged perpetrator, considerations include:

Records should be maintained justifying the reasons for disciplinary action. To guard against potential unfair dismissal claims, the employer should carry out an investigation and follow a fair process. Per the Acas Code of Practice, being charged with or convicted of a criminal offence is not normally a reason in itself for disciplinary action. The CIPD / EHRC report notes that if an employee is charged or convicted, the above considerations will still apply to determine the impact of the charge or conviction on the employment relationship. It also recommends that the disciplinary policy states that gross misconduct includes evidence of commission of a criminal offence, to make it easier to discipline ahead of a criminal trial (if relevant). The report notes that an employer may also be required to disclose a perpetrator’s misconduct to a regulator, for example the FCA.

The Government report found that managers and HR professionals can lack confidence in dealing with domestic abuse cases. Employees, particularly HR and managers, should receive specialist training to spot the signs of domestic abuse and respond accordingly. Victims may be reluctant to disclose abuse, but many report that they hope that someone will ask them. Repeated enquiry over time also increases the likelihood of disclosure. It is crucial that such enquiries are made when the person is in a situation that will not increase risk to them.

A domestic abuse policy should be tailored to the business and tell employees what they can expect from the employer if they disclose domestic abuse. It should also confirm that disclosures will be treated in confidence, except where there is a risk of harm to a child, vulnerable adult or staff member. It should be reviewed against other relevant policies, including the disciplinary policy and code of conduct, to ensure they are consistent.

Employers can play an important role in raising awareness and setting out the support that can be offered to victims, both by specialist agencies and within the organisation. Communications should not make assumptions about domestic abuse; for example, that it solely affects women or is perpetrated by men.

Domestic abuse cases are complex, and it can be valuable to share knowledge and best practice with other employers. The Employers’ Initiative on Domestic Abuse is a network of businesses whose mission is to support employers to deal with domestic abuse.

Employers may be able to offer other practical help, including: formulating a safety plan for the victim, potentially including steps to ensure that the perpetrator cannot identify their location; paid leave to attend appointments related to the abuse or to look for a new house or school; advances on pay or loans; and counselling.

We believe employers can play an important role in supporting victims of domestic abuse. In turn, employment practitioners can help employers navigate cases of domestic abuse in their workforce. Implementing a domestic abuse strategy and responding sensitively to cases need not require significant ongoing costs for clients but could have a genuinely life-changing impact on victims in the workplace.

The authors would like to thank Jane Foster, safeguarding specialist and consultant at Farrer & Co, for contributing her knowledge and insights for this article. There is a free 24-hour national domestic abuse helpline (run by Women’s Aid and Refuge): 0808 2000 247 or a live online chat; see here.

If you require further information about anything covered in this briefing, please contact Maria Strauss, Tabitha Juster, or your usual contact at the firm on +44 (0)20 3375 7000.