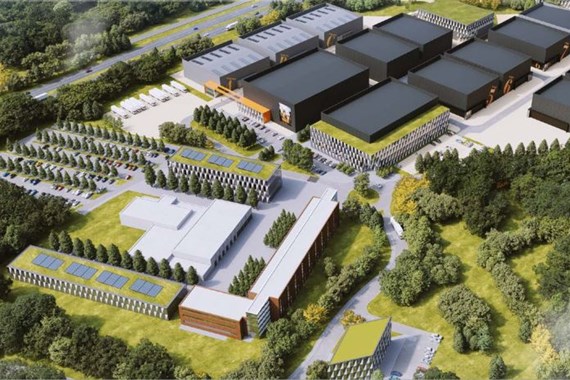 The Commercial Property, Banking and Corporate teams at Farrer & Co acted for Shinfield Studios Limited in securing debt finance of £261m from Cain International and on taking a new 199-year geared lease from The University of Reading, the freehold owner of the wider Thames Valley Science Park site.

The deal constitutes a major piece of international investment into the UK TV and film industry, and the studios themselves are expected to generate between £500-600 million of inward investment annually.

Shinfield Studios will span nearly 1 million square feet and has planning for a total of 18 purpose built sound stages, as well as workshops and offices. In addition, the development will house facilities for cast and crew. In total, the development is expected to create 3,000 new jobs and act as a thriving community hub.

The four temporary stages that opened in November 2021 are already let to major high-end TV, streaming and film companies. Work on a further 14 stages is now well advanced.

In addition, Farrer & Co acted for Shadowbox Studios (formerly Blackhall Studios) in connection with the UK aspects of private equity firm Silver Lake’s US$500 million investment in Shadowbox Studios. Shadowbox Studios, the global builder and operator of soundstages for TV & film productions, of which Shinfield Studios is its UK flagship, plans to use the new funds to develop existing projects in Atlanta, London, and Los Angeles to meet global demand for soundstages from content producers.

The construction contracts and construction aspects of the financing and equity raise were overseen by Lewis Silkin, led by Clare Reddy, Partner and Head of Construction, supported by Owen Williams, Managing Associate, and Sarah Langworthy, Paralegal.

Mark Gauguier said: “This was a complex and wide-ranging deal that played to our strengths in terms of understanding the nuances of delivering major international developments in partnership with local communities and multiple different stakeholders. We are delighted to have supported our client in a flagship project that showcases the filmmaking talent and facilities on offer both in the Thames Valley and across the UK, as well as the market’s appetite for participation in the film industry.”

Clare Reddy said: “It was a pleasure to work with Commonwealth Real Estate and Shinfield Studios Ltd on a project of such significance to the UK, supporting continued growth in the production of world-leading British films and television. It demonstrates Lewis Silkin’s expertise in advising clients in the film and television industry on construction issues to deliver much needed studio space. We are looking forward to continuing to work together with our client, and the Farrer & Co team, on the future phases of the project.”