The common law doctrine of “privilege”, which allows individuals or organisations to withhold certain documents from production to the court or to a third party, has existed for hundreds of years. However, questions about the scope of this protection continue to trouble both practitioners and the Courts. It is vital that both lawyers and their clients understand the developments in the law that can affect the scope of privilege, not only when they are involved in or are contemplating litigation, but to ensure that policies and practices allow for maximum protection if a dispute arises later.

This briefing looks back at the most important judgments about privilege from 2020 and sets out the practical lessons from these cases. For a general summary of the different types of privilege, please see our “Guide for in-house lawyers” here.

1. A “dominant purpose” test does apply to legal advice privilege

It has long been established that in order for litigation privilege to apply to a document, it must have been produced for the sole or dominant purpose of obtaining information or advice in connection with existing or contemplated litigation. However, until the Court of Appeal judgment in The Civil Aviation Authority v The Queen on the application of Jet2.com Ltd [2020] in January 2020, there was some uncertainty about whether a dominant purpose test also applied to legal advice privilege.

Two cases considered the circumstances in which a party can be said to have waived their right to claim legal professional privilege, in particular whether privilege is waived where a party refers only to the effect or conclusion of the lawyer’s advice, but not the contents of the advice itself.

In PCP Capital Partners LLP v Barclays Bank Plc [2020] EWHC 1393 (Comm), the High Court held that the bank had waived privilege in all contemporaneous communications with its lawyers relating to certain alleged sham transactions because the bank had relied on its legal advice that the transactions were lawful to support its case. This was the position even though privilege in the documents in question had already been lost before the bank relied on them.

The general rule is that privilege will only be waived by reference to the contents of legal advice, and not by a reference to its effect. In this case, the court found that this distinction was not easily made and could not be applied ‘mechanistically’ without reference to context and purpose. The key questions the court will consider are:

The answer will be fact specific, but the judgment did clarify that a party could waive privilege even if only the conclusion of the legal advice was referred to, as opposed to its detailed contents.

The “content versus effect” distinction was also important in the High Court judgment of Two Renewables Ltd v Reeves [2020] EWHC 789 (Ch). In this case, the claimant’s reference to an expert’s preliminary report in the context of a security for costs application did not amount to a waiver of privilege, so the report itself did not have to be disclosed. The court found that Two Renewables Ltd had only relied on the effect of the report rather than its contents, noting in this case that the privileged documents had been deployed for a limited purpose that was not relevant to the underlying merits of the case.

Although these cases were decided on different bases, they are both important reminders of the “collateral waiver” principle, which provides that if a party waives privilege over some documents or some parts of its advice, it may also be required to disclose other privileged material relating to the same issue or transaction. A party cannot simply “cherry pick” privileged material to support its case. Any decision to refer to privileged material should be considered very carefully.

“No, I didn’t discuss that with my lawyers”

The issue of waiver arose again in November in the judgment of PJSC Tatneft v Bogolyubov [2020] EWHC 3223 (Comm). The High Court held that a party who stated in documents before the court that a particular issue had not been discussed with its lawyers had not waived privilege as there had been no voluntary disclosure of privileged material. Applying the test in PCP Capital Partners, the court asked whether there had been “sufficient reference” to the privileged material and whether it had been relied on to support the disclosing party’s case. In this instance, there was no positive case being put forward in reliance on the particular legal advice, and the party making the statement had only done so in order to deny an assertion made by its opponent. Therefore, there had been no voluntary disclosure of privileged material and no waiver of privilege.

3. Advice from foreign lawyers is privileged too

In Sports Direct International Plc v The Financial Reporting Council [2020] EWCA Civ 177, the Court of Appeal held that attaching a document that was not privileged to a privileged email would not render the attachment privileged. Great care should therefore be taken when sending reports or other documents by email. The sender cannot assume that because the email itself is privileged any attachment will be protected. Sports Direct applied to the Supreme Court for permission to appeal this finding. Permission was refused in January 2021.

In a judgment arising out of the same investigation, the High Court in The Financial Reporting Council Ltd v Frasers Group Plc (formerly Sports Direct International Plc) [2020] EWHC 2607 (Ch) applied the dominant purpose test in the context of a claim of litigation privilege. The High Court held that a note prepared by Deloitte about a potential new tax structure was not prepared for the dominant purpose of litigation, even though litigation (in the form of an inquiry from the French tax authority) was anticipated. The Court confirmed the definition articulated in WH Holding Ltd v E20 Stadium LLP that in order for the dominant purpose test to be satisfied, the information or advice sought must be to inform the party about their prospects in litigation or evidence for use in litigation. The purpose of the Deloitte note was to put in place new arrangements that might allow litigation to be avoided in the future. It was not prepared as advice on the merits of or prospects in litigation, or as evidence to be used in litigation. It was therefore not protected by litigation privilege. It is worth noting that if the note had been prepared by lawyers, rather than other professional advisers (advice from whom is not usually covered by privilege), it would have been protected by legal advice privilege.

6. Unambiguous impropriety: when without prejudice privilege does not apply

The Court of Appeal’s judgment in Motorola Solutions v Hytera Communications Corporation Ltd [2021] EWCA Civ 11 was a reminder that in certain circumstances the court can remove the protection provided by without prejudice privilege and allow a party to rely on statements made in without prejudice settlement discussions. Although the judgment was handed down in January 2021 we have included it here because it overturned the High Court’s judgment in the same case which had been handed down in May 2020.

Motorola applied for a freezing order. In support of its claim that there was a real risk of Hytera’s assets being dissipated, Motorola sought to rely on suggestions made by Hytera in without prejudice discussions that it would move some of its assets into “murky” jurisdictions, where it would be harder for Motorola to enforce a judgment against it. At first instance, the High Court granted the freezing order. It held that Motorola was entitled to rely on the statements made by Hytera because they fell within the “unambiguous impropriety” exception to the without prejudice rule (as set out in the unreported case of Dora v Simper). The Court accepted that the exception was a narrow one and would only apply in circumstances where without prejudice privilege was being abused to make improper threats, exceeding what was permissible in the settlement of hard fought commercial litigation. In this case, threats to deliberately put assets out of reach of the claimant to frustrate any judgment clearly fell outside the boundaries of normal commercial litigation practice and therefore the unambiguous impropriety exception applied.

Hytera appealed. The Court of Appeal allowed the appeal on the basis that the unambiguous propriety exception would only apply where there is clear evidence of impropriety. In this case, there was scope for misunderstanding in what Hytera had said in the settlement discussions (which were not recorded) and Hytera’s account of events was plausible. There was not sufficient evidence of an unambiguous impropriety and the High Court had erred in admitting evidence of the settlement discussions.

If you require further information about anything covered in this briefing, please contact Ben Longworth, Henrietta Richards, or your usual contact at the firm on +44 (0)20 3375 7000. 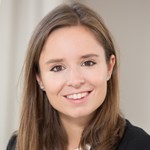