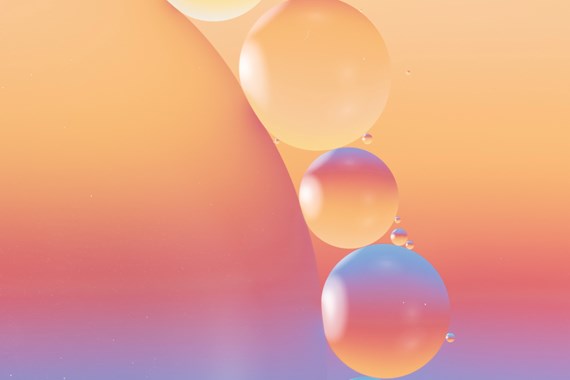 If you have somehow managed to avoid hearing about "The Slap" at the Oscars last week, I'll briefly summarise. The comedian Chris Rock joked about the bald hairstyle of the actor and talk show host Jada Pinkett-Smith, comparing her to the short-haired film character G.I. Jane. Pinkett-Smith, who has been vocal about her struggles with alopecia-related hair loss, was visibly and understandably unimpressed. Her husband, Will Smith, initially appeared to laugh at the joke, but then marched onto stage and forcefully slapped Chris Rock in the face, much to the complete shock of the star-studded audience in LA's Dolby Theatre and those around the world who have since witnessed the viral scene.

While Chris Rock's joke was unquestionably in poor taste, he would in principle have been within his rights to file a police report against Will Smith for battery. It has been reported that he has (unsurprisingly) declined to do so. Putting that to one side, an important legal question arises as to whether someone who makes a joke at the expense of another person could unwittingly find themselves in court defending a claim for defamation.

In English law, defamation is the publication of a false statement presented as fact, which injures the reputation of another person or company. It can take the form of libel, which concerns permanent forms of communication such as written publications; or slander, which relates to transient forms of communication such as spoken words. There is no single definition of what amounts to a defamatory statement. However, the standard often used is whether the statement tends to lower the claimant in the estimation of right-thinking members of society generally. The claimant must also prove that the statement was "published" by the defendant, ie communicated to a third party, and that the statement was about them.

Section 1(1) of the Defamation Act 2013 introduced a new test which provides an additional threshold that a statement is not defamatory unless it has caused or is likely to cause "serious harm" to the reputation of the claimant. The Supreme Court's landmark ruling in Lachaux v Independent Print Ltd (2019) clarified that the seriousness of the harm is to be determined by reference to the actual facts about the statement's impact and not just the meaning of the words. The Court explained that this will depend not only on the "inherent tendency" of the words to cause harm but also the actual or likely impact of the words on the person they were communicated to. Serious harm can be inferred by the circumstances of the statement (eg the seriousness of the allegations and the number of people to whom it was published), but specific evidence showing reputational harm will always be of assistance in meeting the threshold.

Can a joke be defamatory?

The short answer is yes: "it was only a joke" is not a defence against a claim for defamation. The intention of a statement is irrelevant to whether it is defamatory or not; rather, what matters is the interpretation that would be put upon the words by an ordinary reasonable person. As one ancient Irish case put it: “if a man in jest conveys a serious imputation, he jests at his peril”.

Fortunately for Chris Rock, it is highly unlikely that his joke at the Oscars would be considered defamatory, let alone being capable of meeting the threshold for serious harm in English law. Rock quipped that he "can't wait for G.I. Jane 2", inferring in jest that Pinkett-Smith would be playing the titular bald-headed character. It would be obvious to a reasonable person watching the Oscars that Rock was not actually claiming that Pinket-Smith had been cast in a G.I. Jane sequel, and in any event, she would hardly be able to convince a judge that being accused of playing an action hero would injure her reputation.

While the joke may have been upsetting or offensive to Pinkett-Smith due to her medical condition, the law is clear that insults or abuse which have no defamatory meaning are not actionable. Insults and abuse may, depending on the facts, give rise to other legal claims or criminal sanctions, such as harassment or one of the various communications offences that apply. However, one can be quite certain that Chris Rock will not have the Police banging at his door.

Jokes ending up in court

Rock may be off the hook, but other jokes have resulted in legal claims for defamation that have been contested in courts. In 2008, Sir Elton John sued The Guardian newspaper for an article which purported to be an extract from his diary. The spoof diary entry referred to Sir Elton's "preposterously lavish" annual fundraising ball, saying "Once we’ve subtracted all these costs, the leftovers go to my foundation. I call this care-o-nomics.”. Sir Elton argued that the article gave the impression that only a small proportion of the money raised went to good causes, and that he used the ball for self-promotion and to meet other celebrities.

The claim was struck out by the judge, who noted that as the piece appeared in the Weekend section of the paper, rather than in news, it would not be understood by a reasonable reader in the way Sir Elton alleged. A reasonable reader would have expected such an allegation to be made without humour, and that it would be covered in the news section of the paper. This judgment is a reminder that the context of a joke, or any potentially defamatory statement for that matter, can be important.

Conversely, Nicole Cornes, a former federal Labor candidate in Australia, won a 2011 defamation case against Network Ten and the comedian Mick Molloy for comments made by Molloy on the television comedy panel show "Before the Game". The comedian's comments insinuated that Cornes had slept with a former AFL player, and Cornes claimed that this had damaged her reputation, humiliated her and defamed her. The South Australian Supreme Court agreed and awarded damages of $85,000 plus costs and interest. The fact that the comments were made during an interview hosted by a panel of comedians did not prevent the claim succeeding. As ever, the facts (and in particular the words and their context) are key.

Deciding where to bring a defamation claim

In a modern society where a joke made in an LA theatre can be broadcasted in real time and instantly become headline news across the world, choosing the jurisdiction in which to bring a defamation claim is not always straight forward. To pursue a claim in England and Wales where a defendant is based outside the UK, Section 9 of the Defamation Act 2013 requires the claimant to satisfy the Court on the balance of probabilities that “of all the places in which the statement complained of has been published, England and Wales is clearly the most appropriate place in which to bring an action in respect of the statement”. In most cases the decisive factors in determining the appropriate place will be the claimant's connections with England, extent of publication here and the damage to reputation in England (as opposed to other jurisdictions). It is worth noting that publication of online content occurs where the reader is located.

Another point to bear in mind is that the likelihood of successfully claiming defamation can vary considerably between jurisdictions. Taking a country like the USA as an example, where free speech is enshrined in the constitution under the first amendment, the hurdles for bringing a claim can be substantial.

Regardless of where you are based, if you think someone has joked about you in a defamatory way, taking professional advice is always more helpful than slapping the potential defendant in the face, which could land you in court for a very different reason.

If you require further information about anything covered in this briefing, please contact Kay Lubwika Bartlett or your usual contact at the firm on +44 (0)20 3375 7000.