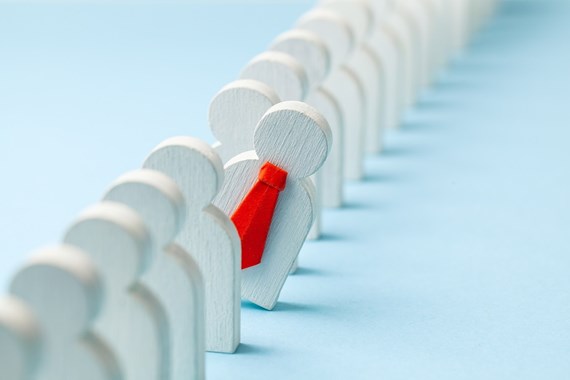 Misconduct and poor performance (capability) are both potentially fair reasons for dismissing an employee. The question of whether a dismissal is fair or not then depends on whether it was reasonable to dismiss in the circumstances, including whether the employer acted reasonably in treating the misconduct or performance as a sufficient reason for dismissal.

The starting point is that in the absence of gross misconduct or gross negligence justifying summary dismissal, the dismissal of an employee for a first offence is likely to be unfair if they have not previously received any warnings. So to what extent and in what circumstances can an employer rely on previous warnings when deciding whether or not to dismiss?

In this blog, I consider some of the main questions we get asked about relying on previous warnings to justify dismissal.

When can employers rely on active warnings?

If an employee commits a minor act of misconduct or is performing poorly then a warning is likely to be the most appropriate sanction. Warnings generally remain active for 6 or 12 months, depending on whether it is a first warning or a final warning. Employers should ensure they follow their disciplinary and capability procedures, which should guide them through the correct steps to take and will confirm how long a warning will remain active for.

If an employee who has already received a warning commits a further act of misconduct or their performance does not improve, provided the previous warning remains active, the employer can take it into account when deciding on the appropriate sanction for the current conduct. If an employer is considering dismissal for an employee’s conduct or performance, the relevant date for assessing whether a previous final warning is still active is the date of the conduct leading to the dismissal, not the date of the dismissal itself. By way of example, a final warning that was stated to remain active for 12 months from 30 May could only be taken into account in relation to any conduct occurring up to and including 29 May the following year.

It is also possible for employers to rely on active warnings even where they are unrelated to the current conduct in question. For example, a previous active warning for misuse of IT systems could be taken into account in relation to later conduct related to bullying.

Can employers rely on expired warnings?

By way of example, it would not be permissible for an employer to take the fact and existence of an expired warning into account to justify dismissing an employee for the current offence (ie if not for the expired warning the employee would not have been dismissed). It would however, be permissible to have regard to the employee’s previous conduct in deciding that dismissal is the appropriate sanction, provided that the current offence is one that would justify dismissal in its own right. This is a finely balanced distinction and one that in practice employers may find difficult to separate.

Tribunals have been reluctant to be overly prescriptive around when warnings should and should not be taken into account, but have made it clear that an employer’s decision must be reasonable and fair in all the circumstances, having regard to the particular facts of the case.

What if a final warning is subject to an undecided appeal?

In line with the ACAS Code of Practice on disciplinary and grievance procedures, employees should be given a right of appeal against any warning for conduct or performance. What should an employer do therefore, if it finds itself in the position of wanting to dismiss an employee for a further offence when there is an outstanding appeal in relation to final warning?

While we would recommend caution, there is no rule that the warning must be ignored or that the employer cannot dismiss until the appeal is determined. A Tribunal would look at all the relevant factors when deciding if a dismissal in these circumstances is unfair. One factor it would likely consider is the timescale of the appeal hearing and the proposed dismissal. If, for example, the appeal is due to be heard the day after the proposed dismissal, a Tribunal may take the view that it would have been reasonable for the employer to await the determination of the appeal before taking the decision to dismiss. If however, the appeal is not due to be heard for a number of weeks or months, the Tribunal may take a different view. Regardless of the timescales involved, employers should be conscious of the fact there is an outstanding appeal when considering the reasonableness of any decision to dismiss.

Is it necessary to look behind a warning?

Ordinarily, a manager considering dismissal is not required to re-open the circumstances in which an active final written warning was given. The essential principle laid down by the Tribunal is that it is legitimate for an employer to rely on a final warning, provided that:

Where a Tribunal is not satisfied that these grounds have been met, it may look behind a warning, though they are not required to do so.

A recent Employment Appeal Tribunal (EAT) decision (Fallahi v TWI) considered the question of whether tribunals should look behind a final warning given for poor performance prior to the employee being dismissed. Whilst the employee raised several challenges in relation to the warning, the Tribunal in that case declined to go behind it. The EAT considering the matter on appeal noted the limited scope Tribunals have for going behind final warnings and held that the Tribunal was entitled to find that the final warning was within the range of reasonable responses the employer could have taken and was not “manifestly inappropriate”.

This decision is a useful reminder of the importance for employers of ensuring they are satisfied they have met the grounds set out above when issuing warnings. It also confirms that the test for going behind warnings is not confined to misconduct cases and also applies to performance (capability) warnings. However, the EAT cautioned that employers should be particularly careful in relation to final warnings for misconduct, which leave the employee “hanging by a thread, so that dismissal may be based on some later and separate misconduct even where that later misconduct is less serious”.

When dealing with misconduct or capability proceedings employers should ensure they closely follow their own procedures and also have regard to the ACAS Code of Practice on disciplinary and grievances procedures. In cases involving tricky issues such as those set out in this blog, employers may find it helpful to take advice at an early stage to avoid difficulties later down the line.

If you require further information about anything covered in this blog, please contact Lauren Bennett or your usual contact at the firm on +44 (0)20 3375 7000. 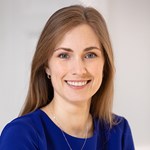