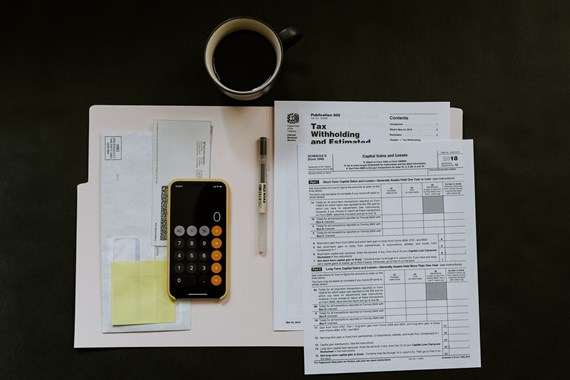 In July, Parliament is expected to bring into law a series of tax measures which were announced in the March 2020 Budget and previously. The timetable for passing this tax legislation was blown off course by last December’s general election with the result that most of the measures have already taken effect.

There have been no seismic changes to personal taxation this year. While some tax reliefs have been tightened up, others have been made more generous and the overall outcome could be described as ‘neutral’. Perhaps, given the economic impact of Covid-19 and the anticipated need to raise taxes, this tax year will be seen as the calm before the storm.

Highlights of the main tax changes affecting individuals and trustees are set out below. Our summary of tax changes for businesses can be found here.

The capital gains tax annual exempt amount will rise in line with the Consumer Price Index from £12,000 to £12,300, for individuals and personal representatives, and for most trustees it will rise from £6,000 to £6,150. The allowance is shared equally between trusts created by the same settlor.

The lifetime allowance for Entrepreneurs’ Relief has been reduced from £10m to £1m for qualifying disposals made on or after 11 March 2020.

In order to counteract attempts to lock-in to the previous £10m allowance, there are special provisions for contracts for disposals entered into before 11 March 2020 that have not been completed and for certain corporate reorganisations and exchanges of shares or securities made before 11 March 2020.

The relief is being renamed “Business Asset Disposal Relief” with effect from 6 April 2020.

Tax relief on pension contributions has been restricted for higher earners since 2016. Until this year, individuals with net income above £110,000 and an ‘adjusted income’ (broadly net income plus the pension accrual) above £150,000 have had their annual pensions allowance of £40,000 reduced by £1 for every £2 which their adjusted income exceeds £150,000 until it reaches £10,000.

From 6 April 2020 onwards, the tapering of the annual allowance will only apply to individuals whose net income is above £200,000 with adjusted income greater than £240,000. In addition, for these individuals the minimum tapered annual allowance will decrease from £10,000 to £4,000. In summary, the tapering will now affect fewer high earners, but to a greater extent.

Currently, the final 18 months of ownership automatically qualifies for PPR even if it is no longer the individual's main residence. For disposals after 6 April 2020, the final exemption period will be reduced to nine months (other than where the taxpayer is disabled or in a care home when it will remain at 36 months).

If PPR is restricted due to all or part of the home being rented out, lettings relief may be available. Lettings relief effectively reduces the taxable gain in respect of the period of the letting up to a maximum of £40,000.  From 6 April 2020, lettings relief will only apply where the owner is in shared-occupancy with a tenant and where the letting is not part of a lettings business.

The loan charge was introduced to tackle “disguised remuneration loan schemes”. Under such schemes, individuals were paid sums that would otherwise have been taxed as employment income, in the form of a loan, which was not expected to be repaid. Usually the loans were provided by a third party such as an employee benefit trust funded by the individual’s employer.

The loan charge took effect in 2016 and aimed to tax all disguised remuneration loan balances outstanding at 5 April 2019.  But the charge was deemed excessively harsh given the proliferation of loan schemes and the fact that tax advisers had approved them.  An independent review was conducted in 2019 which has resulted in certain changes designed to soften its impact.

The gains on a life insurance policy accrue over a number of years, but they are subject to tax (income tax) in a single year, when the policy matures. This can result in the policy holder being taxed at a higher rate than would be the case had the gains been taxed each time they accrued. Top Slicing Relief (TSR) mitigates the impact of this higher tax charge by allowing for a notional spread of the gain over the years of the policy.

Changes to the way TSR is applied will take effect from the 2019-20 tax year onwards and overall these should, in many cases, reduce the tax payable on life insurance policy gains.

1. permit the annual personal allowance to be reinstated within the TSR calculation where it has been reduced by reason of including a gain in the income for the year. For this purpose, the personal allowance will be calculated by reference to the taxpayer’s other income and a proportion of the gain; and

2. confirm that, in the TSR calculation, allowances and reliefs have to be set as far as possible against other income in preference to the gain.

The changes will take effect from the date the Finance Act receives Royal Assent.

Share loss relief is available to individuals (a relief from income tax) and to investment companies (a relief from corporation tax) where the taxpayer has subscribed for ‘qualifying shares’ and subsequently disposed of the shares at a loss.

With effect for disposals made on or after 24 January 2019, the UK trade requirement is removed and share loss relief will also be available on disposals of shares in qualifying foreign businesses.

Although not included in this Finance Bill, the government has confirmed that a 2 per cent surcharge on stamp duty land tax (SDLT) will be introduced for non-UK resident buyers of residential property in England and Northern Ireland with effect on and from 1 April 2021.  See our review of this new stamp duty charge here.