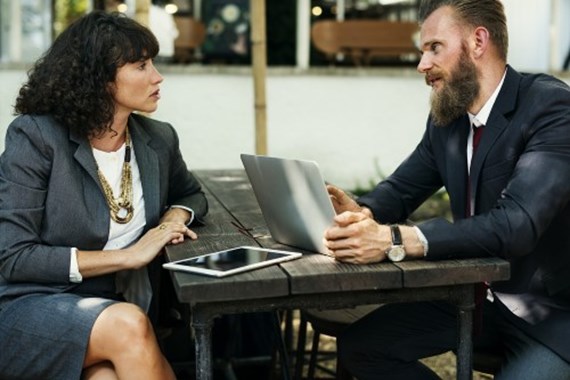 Following on from my colleague Amy Wren's post on gagging clauses the week before last, the Equalities and Human Rights Commission (EHRC) has now issued its report last week "Turning the Tables: Ending Sexual Harassment at Work".

The message in the report is a very clear one: the evidence gathered about British workplaces shows that employers are not adequately protecting their employees from sexual harassment.

Rebecca Hilsenrath, Chief Executive of the EHRC, is quoted as saying that, "Corrosive cultures have silenced individuals and sexual harassment has been normalised...We need urgent action to turn the tables in British workplaces; shifting from the current culture of people risking their jobs and health in order to report harassment, to placing the onus on employers to prevent and resolve it."

The aim of the EHRC's report was to seek to understand the scale of sexual harassment in British workplaces, and what victims felt should be done to improve practice. Between December 2017 and February 2018, they gathered evidence from around 1,000 individuals and employers, via an online questionnaire.

Following a review of this evidence, the EHRC published its report which sets out their key recommendations for change.

At the start of the report, the EHRC summarised the key data about those individuals who completed the report:

The key recommendations made by the EHRC for the government to consider are as follows:

1. To introduce a mandatory duty on employers to take reasonable steps to protect workers from harassment and victimisation in the workplace.

The Government has responded to the EHRC's reporting by condemning all forms of workplace harassment and promising to keep matters under review. Yet, it has also reportedly stated that "we believe existing laws provide protection for both men and women in the working environment".

Whether any actual regulation or other action comes about as a result of this report is doubtful – the government's plate is rather full at the minute. However, a lack of government action should not stop employers taking steps themselves to tackle the risk of workplace harassment. A number of the EHRC's recommendations make good sense and are likely to be quick wins for employers – implementing policies; carrying out diversity training; making it easier to report harassment; ensuring those who do report are protected from victimisation. However, as we have reported before, such as in Kathleen's Heycock's piece on active bystander training, it will take innovation and cultural change to truly shake up a system which has allowed harassment to go unchecked for so long. No one is saying that is easy, but with the sexual harassment movement likely to run and run, if ever there was a time to take it on, now is likely to be it.