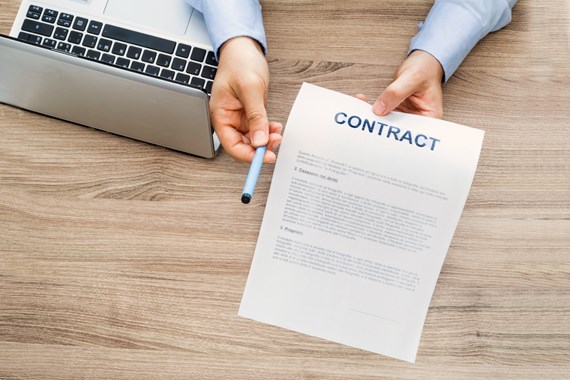 Zero-hour worker contracts have been the subject of a large amount of media and political comment in recent years, not least with the rise of the so-called “gig-economy” and the accompanying scrutiny of the employment status of those who work in it.

Often condemned, by trade unions in particular, as giving employers all the power whilst exploiting those who have “no choice”, in 2015 the government introduced a ban on “exclusivity clauses” (a clause which prohibits employers seeking to exclude their zero-hour workers from working for a third party) to try to redress the balance. But where do things currently stand? I have sought to highlight below some of the common issues concerning the use of zero-hour contracts and provided a view on what might come next.

What is a zero-hour contract?

“a contract of employment or other worker’s contract under which –

(b)  there is no certainty that any such work or services will be made available to the worker.”

In the main, the statutory definition does not depart from what was previously generally understood about zero-hour contracts – ie a contract in which the relevant “employer” is not obliged to offer a minimum number of hours of work and the relevant worker is not obliged to accept any hours that are offered to them. The most striking aspect of the statutory definition however is the one-sided language; it is clear that there is no obligation on an employer to provide work, but it does not shed any light on what the obligations of the individual working under it are – in a move criticised by some, that is left for the parties to determine.

The political and media controversy about zero-hour contracts often focuses on the power imbalance created in favour of “employers” by such contracts and their apparent exploitation of that imbalance. However, there is also controversy in a number of other more specific areas:

At the end of 2018, the government finally published its detailed response to the Taylor Review into Modern Working Practices in the form of its Good Work Plan. Despite the hopes of some that it would contain concrete action to tackle the perceived one-sided flexibility of zero-hours contracts, the government chose not to ban such contracts on the basis that the flexibility they offer does benefit some workers and a ban would “impact more people than it would help”. Instead, the Good Work Plan proposed a right for those on such contracts to request a more fixed working pattern after 26 weeks of service. To date however, there is no information on the potential timescale for this change, nor on what the potential enforcement mechanism might look like.

The government’s Good Work Plan also proposed some additional rights which will benefit zero-hour workers. The first is the right introduced on 6 April 2019 for all workers, including zero-hour workers, to receive an itemised payslip. This will be required to show the number of hours paid for, where a worker was paid on an hourly basis. From April 2020, zero-hours workers will also be entitled to receive a written statement of terms (which complies with section 1 of the Employment Rights Act 1996) on or before the first day or work.

Zero-hours contracts continue to prove a difficult circle to square. When used correctly, they can serve a valuable purpose and provide often welcome flexibility for both parties. However, without further clarity from the government on some of the employment issues associated with zero-hours contracts (such as how to calculate holiday pay or continuity of employment between assignments), and greater regulations dealing with the avoidance of the anti-exclusivity ban, it is likely to be a while before zero-hour contracts shake off their reputation for being exploitative and one-sided.