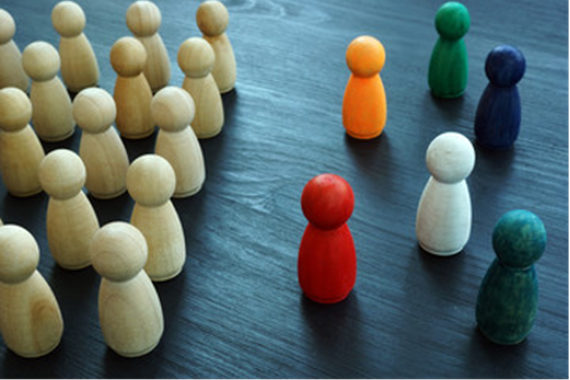 Ms Allen worked for Primark as a department manager in the Bury store. After returning to work following her maternity leave, she applied under Primark’s flexible working policy for a change to her contractual hours due to having sole responsibility for her child. Whilst Primark met some of her requests, they still required her to be available for the Thursday late shift, which she was unable to do given her childcare responsibilities. She subsequently resigned and brought an indirect sex discrimination claim.

The law of indirect discrimination

Indirect discrimination can arise where an act, decision or policy, which applies equally to a group of people and in principle is not intended to have a discriminatory effect, in practice disadvantages people with a particular protected characteristic.

Therefore, to bring an indirect discrimination claim, an employee must show the following:

The PCP will not be discriminatory if the employer can show that it is objectively justified, ie that the PCP is a proportionate means of achieving a legitimate aim.

I am going to look at each of these requirements in turn.

A PCP is a broad concept but generally means acts, decisions or policies applied by the employer. It can apply even where there is no formal policy in place, and can include employment policies, one-off decisions and informal practices.

To take Allen v Primark Stores as an example, Primark’s PCP was that department managers in the Bury store should guarantee their availability to work the late shift on a Thursday. On the face of it this does not seem discriminatory as it applied equally to all department managers. This is where disadvantage comes in...

Ms Allen argued that the PCP put persons who shared her protected characteristic, being a woman, at a disadvantage compared to men, as women are more likely to have caring responsibilities than men. It also put her personally at a disadvantage because her childcare arrangements meant she could not guarantee her availability on Thursday evenings.

To decide whether a PCP puts persons who share a particular protected characteristic at a particular disadvantage, the starting point is assessing the impact of people within the comparison pool, ie the group of employees who are affected by the PCP.

Where Allen v Primark Stores came unstuck was in relation to the comparison pool used by the Employment Tribunal (ET) to assess the impact. To decide whether the PCP put women at a particular disadvantage, the ET constructed a comparison pool including all the department managers who might be asked to work the Thursday late shifts. It included in the comparison pool two men who sometimes worked the Thursday late shifts (but were not required to) and found that, as these two men were also put at a disadvantage, the PCP did not put women at a particular disadvantage compared to men. As a result, the ET rejected Ms Allen’s claim.

However, the EAT upheld Ms Allen’s appeal and found that the ET had used an incorrect comparison pool and had therefore inappropriately redefined Ms Allen’s complaint. The two male managers in question had an implied contractual right not to work the Thursday late shift, but they did do so in emergencies – they were not required to make themselves available. By contrast, Ms Allen was required to guarantee her availability for these shifts. The EAT found that the men were therefore in a materially different situation to Ms Allen and they should not have been included in the comparison pool as the PCP in question was about being required to be available for those shifts rather than simply working them from time to time. The ET’s decision was set aside and the case has been remitted to the ET for a rehearing.

An employer will not be found to have acted in a discriminatory way if it can show that the PCP is a proportionate means of achieving a legitimate aim. The scope of what constitutes a legitimate aim is very broad, and generally means any “real business need”, for example, health and safety, resourcing requirements or running an efficient service. While economic reasons may be taken into account, costs alone will not be a sufficient business need. Employers must also show that the measures taken were appropriate and reasonably necessary. If there are other, less discriminatory ways, to achieve the same aim, it will be hard to justify discrimination.

This is something the ET will now need to consider in Allen v Primark when it hears the case again.

Reducing the risk of indirect discrimination

Employers should continue to review and monitor policies and procedures to determine if in reality they might disadvantage a particular group of people who share a protected characteristic, even if on the face of it they do not appear discriminatory. Since indirect discrimination isn’t always obvious, it can be useful to carry out equality impact assessments when new measures are introduced, even if informally, to ensure that the potential impact on different groups is considered.

Where a potentially discriminatory impact is identified, employers should be clear about their legitimate aim(s) for implementing the PCP and should explore whether any alternative solutions or mitigations can be implemented instead. Keep written records of these deliberations for future reference or as evidence in case a potential complaint is made.

If you require further information about anything covered in this blog, please contact Rosanna Gregory, or your usual contact at the firm on +44 (0)20 3375 7000. 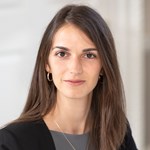