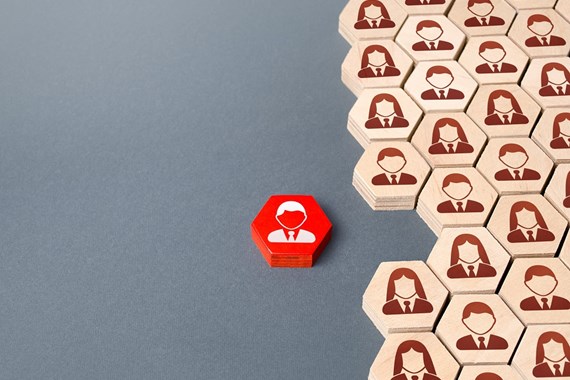 The Acas Code of Practice on disciplinary and grievance procedures (the Code) is essential reading for anyone handling disciplinary or grievance issues in the workplace. The Code covers “disciplinary situations” including misconduct and / or poor performance, but is expressly stated not to apply to dismissals due to redundancy.

A recent EAT decision (in Rentplus UK Ltd v Coulson) has, however, established that the Code’s exclusion for redundancy dismissals will only apply where one is dealing with a genuine redundancy. In effect the Code’s reach has been extended to include “sham” redundancies, meaning employers cannot avoid the requirements of the Code by disguising a conduct or performance dismissal as a redundancy.

Here we look further at this case to illustrate when the Code will apply and the significance of getting it wrong.

More about the Code

It is a fundamental principle of employment law that, in order for a dismissal to be fair, employers must have a fair reason for dismissal and follow a full and fair procedure. The Code is designed to help both employers and employees by setting out the minimum procedure which should be followed when handling disciplinary and grievance situations in the workplace.

Although the Code is a statutory code, a failure to follow it does not, in itself, automatically give rise to liability. However, Tribunals will take the Code into account when considering a case, and a failure to follow it by an employer is likely to increase the chances that a dismissal will be found to be unfair. Moreover, Tribunals can adjust any awards made in relevant cases by up to 25 per cent for an unreasonable failure to comply with any provision of the Code (see below for when a 25 per cent uplift might apply).

Ms Coulson was a senior director at Rentplus and a member of the leadership team. She was made redundant in August 2018 following a reorganisation process.

Prior to Ms Coulson’s dismissal, she raised a grievance arguing that her post wasn’t genuinely redundant and that she had been “frozen out” of her role from October 2017. Rentplus did not uphold her grievance and she was dismissed. Ms Coulson brought claims for unfair dismissal and sex discrimination.

The Tribunal decided the redundancy (including the consultation process) was a “total sham” and that the decision to dismiss Ms Coulson had been taken long before consultation started. Relevant to this determination was the fact that in February 2018 Rentplus had received investment of £11m meaning that the number of posts within the organisation were to be increased rather than reduced. The Tribunal also concluded that “the grievance process was just as much a sham as the redundancy”.

The Tribunal found that the failure to follow the Code was “so egregious” that the maximum uplift in compensation of 25 per cent was appropriate.

By a majority, the Tribunal also found that there were facts from which it could infer sex discrimination.

When will an Acas uplift of up to 25 per cent be applied?

Rentplus appealed on the basis that the Code could not apply where the reason for dismissal was redundancy. The EAT disagreed. It concluded, unsurprisingly, that an employer cannot “sidestep the application of the Code by dressing up a dismissal that results from concerns that an employee is guilty of misconduct, or is rendering poor performance, by pretending that it is for some other reason such as redundancy”. Similarly, a finding of discrimination will not prevent the Code from applying to what is essentially a disciplinary situation.

The EAT found that it was implicit in the Tribunal’s reasoning that it considered Ms Coulson was dismissed due to dissatisfaction with her personally and / or her performance, which was tainted by sex discrimination. As such this was a “disciplinary situation” to which a fair capability or disciplinary procedure should have applied. It is not necessary for an employee to be found guilty of misconduct or performance for the Code to apply, just that there is an issue of misconduct or poor performance the employer considers it must address.

When considering the amount of the uplift in compensation, the EAT accepted the Tribunal’s conclusion that the process adopted was a “complete sham” and there was nothing Ms Coulson could have done to prevent her dismissal. Given this total failure to follow the Code, the EAT upheld the 25 per cent uplift.

In summary, the EAT provided helpful guidance on when the Acas uplift should apply, including questions that tribunals should ask when considering an uplift:

What does this mean?

This case acts as a strong warning to employers that tribunals may be willing to look behind the reason given for a dismissal and are prepared to interpret the application of the Code relatively widely, particularly for the protection of “innocent employees”. Importantly, the Code can apply in situations which, at a glance, do not appear to be disciplinary or grievances cases, but which nevertheless a tribunal considers constitute a “disciplinary situation”. In the event the Code is not followed, tribunals are willing to sanction employers for this failure which, depending on the amount of compensation awarded, can be costly.

The main takeaways for employers therefore are to ensure they carefully consider the genuine reason for a dismissal and document evidence to support this. Best practice is also to bear the Code in mind for any dismissal or complaint procedure (irrespective of whether it expressly applies or not), to reduce the risk of that process being both unfair and subject to a potential uplift.

For further guidance, the Acas Guide to discipline and grievances at work provides good practice advice on the principles set out in the Code.

With special thanks to Simran Patel, a paralegal in our Employment team, for their help in preparing this blog.

If you require further information about anything covered in this blog, please contact Anna Birtwistle, Amy Wren or your usual contact at the firm on +44 (0)20 3375 7000. 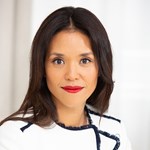