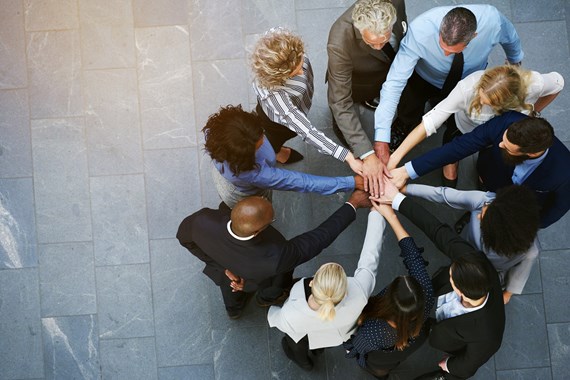 The recent case of Allay (UK) Limited v Gehlen provides a very clear warning to employers that it is not enough to treat equality and diversity training as a “tick box” exercise, after the Employment Appeals Tribunal (EAT) upheld a ruling that such training had gone “stale” following a two-year period in which there was no refresher provided to its employees.

The Equality Act 2010 defines harassment as unwanted conduct (by person A) related to a relevant protected characteristic (of person B) which has the purpose or effect of either:

There are nine relevant protected characteristics, of which race is one.

The Claimant, Mr Gehlen, is of Indian origin. In August 2017 he complained that he was being subjected to racial harassment on a regular basis by a fellow employee. Mr Gehlen was subsequently dismissed on grounds of performance in September 2017. Following his dismissal, he raised a formal complaint with Allay (UK) Limited about the harassment he had received. The company subsequently investigated and concluded that Mr Gehlen’s colleague had made the racially abusive comments in question, going on to recommend that the individual underwent equality training.

Mr Gehlen subsequently brought proceedings in the Employment Tribunal for direct race discrimination and harassment on the grounds of his race. The Tribunal upheld the complaint of harassment related to race, finding that a colleague had regularly made racist comments to Mr Gehlen and that other colleagues, including two in management positions, were aware of this behaviour but took no action to address it and did not report the matter to HR. These individuals had received equality and diversity training and bullying and harassment training in early 2015, over two years prior to these incidents taking place.

The implications of discrimination complaints for employers

As a general rule, employers are liable for discriminatory acts of employees unless they can show that they have taken “all reasonable steps” to prevent those acts from taking place. This is known as the “statutory defence” provided by the Equality Act 2010. The company tried to argue that the equality and diversity training it had provided its employees some two years prior to the incidents of harassment constituted “all reasonable steps” that would allow it to escape liability for the harassment suffered by Mr Gehlen. The training provided at the time included one slide on what could be considered to be harassment, defining harassment as “behaviour which is intended to trouble or annoy someone, for example repeated attacks on them, or attempts to cause them problems” and which gave an example of harassment as “offensive jokes, suggestive or degrading comments”. There was no reference to race or racial stereotypes, however, the Employment Tribunal did find that the training had covered harassment relating to race.

The Tribunal rejected the company’s defence that it had taken “all reasonable steps” to prevent the harassment. In the time since the training had been delivered, it had gone “stale” and the company could not be considered to have taken “all reasonable steps”, as one of those steps would be to refresh the training. The fact that refreshment was required was evidenced in the remarks made by the employees and the failure of more senior employees to report it.

The company appealed to the EAT on several grounds and was permitted to proceed on the basis that the Tribunal had failed to properly engage with the company’s argument that it could rely on the statutory defence.

The EAT subsequently upheld the decision of the Employment Tribunal and confirmed that in assessing whether “all reasonable steps” had been taken, it will first look at the steps that have been taken and then consider whether there were any other steps the employer should have taken, using the following criteria to assess “reasonableness”:

The EAT made it clear that the burden of the statutory defence is a high one, and that providing training to employees only constituted “some” reasonable steps. Regular refresher training and the development of an anti-harassment and discrimination culture amongst employees would have been more likely to satisfy the burden. The EAT made it clear that consideration must be given to the nature of the training and the extent to which it was likely to be effective. A key issue was that, although management were aware that Mr Gehlen had been subject to racial harassment, they had failed to take any action to report it. In the eyes of the EAT, this was a key indicator that although training had been delivered, it had not been effective.

What should employers do to tackle discrimination?

The “all reasonable steps” question requires regular review and attention. Having an equal opportunities policy is not enough for an employer to escape liability for acts of discrimination carried out by its employees, and as evidenced by this case, the mere provision of training on such policies is not sufficient.

Employers of all sizes should be running regular equality and diversity training. The training must be of sufficient quality and regularity to have an effect on the employees receiving it so as to prevent real acts of discrimination from occurring, or, if they do occur, to ensure that they are dealt with quickly and fairly. Employers should consider “refreshing” this training on a regular basis to prevent it from becoming “stale”.

However, training alone is not enough. Regularly updated policies that are easily accessible and regularly communicated to employees and a culture where discrimination is not tolerated are other essential elements to show that an employer has taken “all reasonable steps” to ensure the discrimination and/or harassment did not occur.

Employers should review their current training programmes to identify the content of the training and any areas that need updating. Employers should also ascertain which employees have been given the training and whether refresher courses are required. If it is customary for employees to only receive equality and diversity training upon joining the organisation, take action to introduce sessions on an annual basis. Employers may also want to make equality and diversity training part of a mandatory training programme, completion of which can be tied to performance objectives and goals.

Effective training is interactive, memorable and should include employees of all levels. Depending on size, some larger employers may wish to outsource training to a third-party provider who can provide materials and instructors to train employees on their behalf. If creating in-house materials, consider how best to deliver them – online sessions with video content and interactive quizzes can be useful for individual training, whereas small group sessions or workshops (in person or over video call) offer a hands-on approach using simulation or roleplay to encourage better engagement.

ACAS recommends that equality, diversity and inclusion should have a place in “training, development and promotion of staff” and hosts a number of training events on the topic for employers throughout the year.

For further information, see also our blog posts on positive action, Black Lives Matter and increasing diversity in the workplace.

If you require further information about anything covered in this blog, please contact Alice Yandle or Lise Whelan, or your usual contact at the firm on +44 (0)20 3375 7000.