Increasing diversity in the workplace 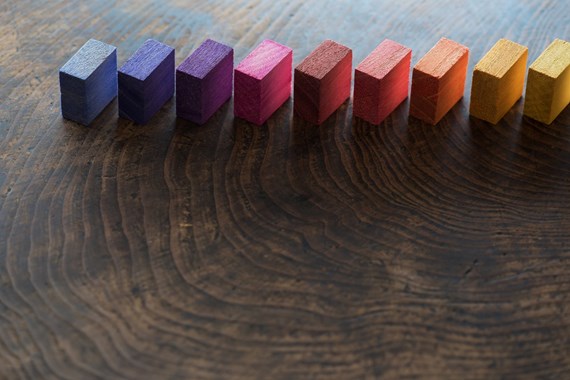 2020 has brought sweeping changes across the world, but it hasn’t all been coronavirus-related. Instead, this blog looks at the increasing discourse on racism and diversity, brought about in part by the tragic deaths of individuals such as George Floyd and Breonna Taylor. The continuing efforts of the Black Lives Matter campaign remind us that such issues are not exclusive to the United States, nor do they begin or end with the issue of police brutality. Conversations regarding race have also shone a light on the discrimination and lack of opportunities that individuals from ethnic minorities face in various aspects of their lives, including in the workplace.

Spotlight on diversity in employment

Discussions about racial equality and diversity in the workplace are not new. In 2017, the McGregor-Smith Review found that the employment rate for black and minority ethnic minorities was 62.8 per cent compared to an employment rate for white workers of 75.6 per cent, and the Parker Review 2017 found that directors of colour represented only 8 per cent of the total number of directors in FTSE 100 companies.

This year, a number of new reports and initiatives have been announced which place the spotlight firmly on ethnic diversity in employment, with the aim of encouraging employers to look seriously at improving their working practices on diversity and inclusion:

The importance of diversity in the workplace should not be underestimated. Studies show that organisations that are more diverse are more successful commercially; therefore, being a diverse company is also good for business. Diversity, especially at board level, also guards against the concept of “groupthink”, which can lead to poor decision making going unchallenged. There are therefore financial benefits for companies who takes steps to increase diversity and inclusion in their workplace. The rest of this blog focuses on what those potential steps could involve.

Employers should consider putting in place a coherent anti-racism policy and should make all employees aware of where to find it. This should outline the kind of behaviour that is considered to be racist and should emphasise the zero-tolerance approach of the organisation. Employers should also take the time to listen to the experiences of ethnic minority individuals in the workplace and implement change to counter any adverse experiences if necessary.

Ensuring that there is a clear reporting system for individuals to report instances of racism at work is an integral part of an employer addressing issues regarding race. Employers should facilitate an open and transparent workplace culture where individuals are aware of how they can report instances of racism they have experienced at work, either formally or informally, and have confidence that such reports will be dealt with seriously.

Recruitment is a key area that employers can examine in order to encourage increased diversity in the workplace. Employers should consider using anonymous or blind job applications as part of their selection process for roles, as well as advertising their roles in a diverse range of forums. They could also examine the various initiatives they use to provide access into their organisation, with the purpose of trying to encourage applications from a wider and more diverse talent pool. An example of such an initiative could be offering a targeted internship program to individuals from underrepresented ethnic groups. This is a permitted form of positive action, which is mentioned further below.

Employers could also consider implementing mentoring schemes where members of the senior management team mentor more junior employees. Mentoring has been proven to increase the career progression of individuals from minority backgrounds, providing them with networking opportunities, or allowing them to developing skills they would not ordinarily gain.

Reverse mentoring can also be a valuable tool for employers. This involves senior leaders of an organisation meeting junior employees and learning about their personal experiences in the workplace. This can lead to greater understanding of the potential barriers to progression that individuals from ethnic minority backgrounds can face, and what alterations can be made to remove these and facilitate progression.

Employers can also try to create an inclusive and diverse workplace by providing training to all of their employees. Unconscious bias training may help employees recognise their implicit biases and learn how to counter these in their actions and decision making in work. Some commentators have cast doubt on the effectiveness of unconscious bias training on actually changing behaviour, so employers should think carefully about how it is delivered to ensure it is not just a tick-box exercise.

Understand the unequal impact of coronavirus

The impact of coronavirus is not being felt in equal ways across society, with the government reports showing an increased risk among some ethnic groups. Employers should take this into consideration in their response to the pandemic and we provide suggestions for how to do this in our blog on The diversity implications of coronavirus on employment practices.

The Black Lives Matter movement and the slow progress being made in promoting ethnic diversity in the workplace have increased the pressure on organisations to take positive steps to accelerate change. Ultimately, there is no one method that will increase diversity in the workplace, and it also won’t happen overnight; promoting inclusion and equality will involve an ongoing commitment from employers. However, through having open and honest conversations about inequality and undertaking proactive steps, such as the ones outlined above, organisations can not only add value to their organisation but also help promote equality of opportunity for all, irrespective of ethnicity, background or personal characteristics.

More information on what employers can do to deal with racism in the workplace can be found in our blog on Black Lives Matter.

With special thanks to Siobhan Murray, paralegal in the Employment team, for helping prepare this blog.

If you require further information about anything covered in this blog, please contact Alice Cave, or your usual contact at the firm on +44 (0)20 3375 7000.