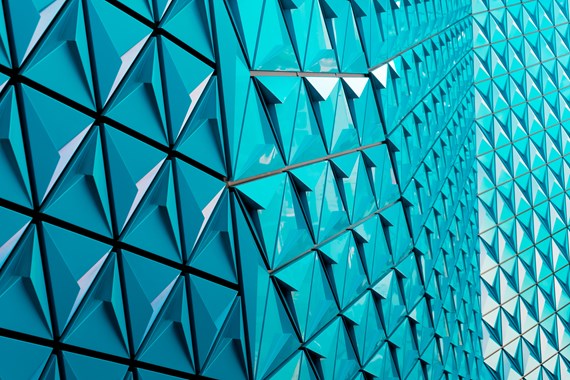 The controversial practice of “fire and re-hire” has long been available to employers (albeit if properly used, only) as a matter of last resort. However, the new year brought with it a judgment that has the potential to strengthen employees’ rights in this area, shedding doubt on whether “fire and re-hire” will always be an avenue available to employers. So, particularly in the wake of the recent P&O controversy, where are we now?

Fire and rehire at your peril?

By way of refresher, “fire and re-hire” describes the situation whereby employers who have been unable to reach agreement with employees to secure contractual changes (more often than not, an attempt to downgrade terms), terminate the contracts of such employees and re-engage them on new contracts with modified (usually less favourable) terms.

In December last year, my colleague Rachel gave us all a wonderful Christmas gift by summarising ACAS’s report on the use of, and its new guidance surrounding, “fire and re-hire” practices. For those of you who were already Christmas shopping at this point and missed this update, you can read the article here. Not to spoil it for anyone, but Rachel helpfully summarised Acas’ view on “fire and rehire” in two words: “last resort”, that is to say, “fire and re-hire” should be considered an absolute last resort.

Whilst “fire and re-hire” has, for a long time, been available for employers to use and much debate has been had regarding the reasonableness (or not) of such practice, much less consideration has been given to when its use might not be available to an employer. Earlier this year, the High Court handed down a judgment in USDAW & others v Tesco Stores Limited that provides a potentially significant development in this area, providing protection to employees by reference to implied terms. Luckily for readers, my motto when it comes to writing articles is not, unlike Tesco’s, that “every little helps”, so I shall spare you much of the details of the case, and keep my summary brief.

Some years ago, Tesco relocated to new premises and certain employees were offered, as an alternative to redundancy and an incentive to stay with the company in its new location, what was referred to as “Retained Pay”. Essentially, employees’ original contractual package was given a monetary value and the difference between that and the (lower) value of the new terms was protected. Tesco told such employees that their entitlement to Retained Pay provided “protection for life” that “cannot be negotiated away” and entered into a collective agreement with USDAW (Tesco’s recognised trade union for collective bargaining), confirming that “Retained Pay will remain a permanent feature” of employees’ contracts.

However, fast forward to 2021: Tesco announced its intention to remove Retained Pay and proposed to terminate the contracts of any employees who did not agree to such removal and offer re-engagement without Retained Pay. Interestingly, the High Court was satisfied that it was necessary to imply into the contract of employment of affected employee’s an implied term, that in essence prevented Tesco from terminating their employment “for the purpose of removing or diminishing the right of that employee to Retained Pay”. In doing so, this case demonstrates a strengthening of the rights of employees where they have a contractual benefit that has been expressly stated to be “permanent” and unable to be “negotiated away” that their employer is seeking to withdraw without good cause (for example, where there is no genuine redundancy or gross misconduct but where the reason is purely to extinguish a contractual right). So, it seems that the option to “fire and re-hire” (as I often found with Tesco’s delivery slots during the pandemic) may not always be available.

So where does that leave us?

It is fair to say that the facts in the Tesco case were unusual and, as was re-iterated in the judgment itself, “extreme”. Therefore, it is not going to be the case by any stretch of imagination that such an implied term preventing termination will be implied into every contract of employment such that the practice of “fire and re-hire” will overtime be eliminated. However, for those looking to “Click and Collect” my key takeaway point from the Tesco case it would be this: while the case does not prevent the practice of “fire and rehire”, it does undoubtedly strengthen employee’s rights where benefits that have been expressly stated to be “permanent” are concerned.

It has recently been confirmed that Tesco is appealing this decision (listed for a hearing on 9 June 2022), so it will be interesting to see how things develop in this area.

There is no more prevalent example of the continuing controversy surrounding the practice of “fire and re-hire” than the case of P&O Ferries, who have recently terminated the contracts of roughly 800 staff with the intention of replacing them with cheaper agency workers, notably without notice or complying with its legal obligations to consult.

This particular example takes a slightly different form to the traditional practice of “fire and rehire”, as P&O are, rather than seeking to re-hire the original staff on worse terms, instead replacing them with cheaper agency staff. As Labour Markets Minister Paul Scully said “this is not a case of fire and rehire – just fire” (without consultation). However, the case nonetheless sparked debate once again regarding the use of “fire and re-hire”.

It is interesting to consider whether the unions in the P&O example could have sought to argue the application of the principal in the Tesco case to challenge P&O’s actions. There are two significant differences which would have made it difficult: first, given the speed of the P&O dismissals (and perhaps why they were so fast), the union would have had to seek an order for re-engagement rather than an injunction preventing dismissal, and second, the P&O case concerned breach of statutory rights (failure to consult) rather than breach of expressly "permanent" contractual rights. Since to uphold any union challenge would have meant a significant departure from the Tesco case, it is debatable whether any court would have allowed it. As it is, it is reported that almost all employees accepted P&O’s pay-off, and so this question for now remains unanswered.

Despite consistently resisting calls to legislate against “fire and rehire”, in the wake of the “disgraceful actions of P&O” the government has now committed to clamping down on the practice. It has announced a new statutory code of practice, with a particular focus on how employers should meaningfully consult with its employees. A key intention of the Code will be to act as a deterrent, particularly to those “unscrupulous” employers seeking to use the threat of fire and rehire as a negotiation tactic. The code will act as guidance only, so will not carry the force of law and is highly unlikely to ban the practice of “fire and re-hire” all together. However, the courts will have the ability to increase employees’ compensation by up to 25 per cent if their employer unreasonably fails to comply with the code (where it applies).

We will provide an overview of the new code once it is released.

If you require further information about anything covered in this blog, please contact Natasha Nichols, or your usual contact at the firm on +44 (0)20 3375 7000. 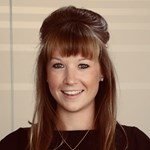