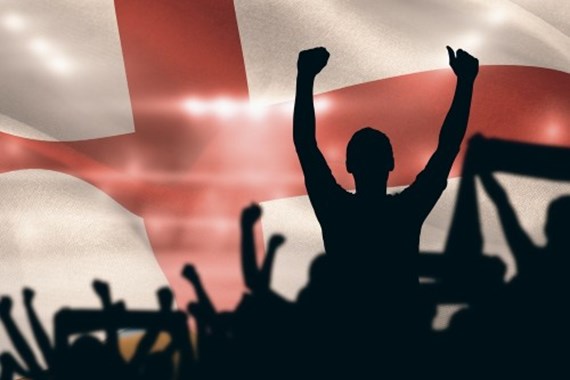 This blog week I was due to explain the significance of DL Insurance Services Ltd v O’Conner case and it would have been great. Never before would the intricacies of the case have been explained to you with such clarity, insight and humour. However, there are more important things to discuss. Two words. “Gareth Southgate”.

For anyone who doesn’t know, England is through to the World Cup quarter finals after beating Colombia on penalties – yes, penalties – following a very stressful 1-1 draw. The England Manager has taken social media by storm, particularly as he sought to comfort distraught Colombian midfielder Mateus Uribe who had missed a penalty after the final whistle blew. The fact that Southgate’s first act was to do this rather than exuberantly dance the Floss in the centre circle showed the compassion of a man who knows only too well how truly devastating it is to miss a penalty at a World Cup. It was an act of such good sportsmanship that it has led to the Twitter hashtag #GarethSouthgateWould – praising his attributes in glowing terms, e.g  “#GarethSouthgateWould Run out and get your washing off the line if it started raining and you hadn’t noticed”.

Not only has Southgate transformed the England team’s fortunes, but he has done so whilst demonstrating best practice in employment law terms and in his own unique style, which appears to be a captivating combination of the wisdom of Yoda, the kindness of Postman Pat and the focus of the Red Power Ranger (I have a 6 year old son – my references are limited).

People who have absolutely no interest, or knowledge, of football (mum) suddenly have strong views on the England Manager and his management style. Why is this relevant to an employment law blog? Well, quite a lot actually, and if there was ever a time to recognise that good employment law practice results in world beating performance while simultaneously ticking all of the requirements of the Equality Act then this would be it.

It obviously helps that England are through to the next round. If we had lost in the first round we would be resigned to the fact that our national team is completely rubbish and who cares if Southgate is a lovely man.  However, WE WON on Tuesday night. Not only did we win, we won ON PENALTIES against a team whose own interpretation of the rules were challenging to say the least, a team who jumped on top of England players to stop them kicking the ball, and who unselfconsciously set about digging up the penalty spot while other members of the team pulled faces at the England Captain while he was waiting for 4 minutes to take his perfectly justifiably awarded penalty kick. Even the Colombian management team decided to join in and thought it was part of the game to barge into Raheem Sterling when he was only trying to walk off the pitch at half time.

I am sure I am not the only one who watched the first half with increasing anxiety that our young team would lose it a la Beckham when he was sent off for kicking Argentina’s Diego Simeone during the 1998 World Cup and that the inevitable consequence of some hot headed, if understandable, retaliation would be for us to have a player sent off. But that did not happen. It appears that the influence of a calm, methodical, inclusive management style in which Southgate has reportedly encouraged the players to open up about themselves, tell their stories for cathartic reasons, seek support from the team psychologist and explain what makes them tick is that they kept their cool under extreme provocation and refused to be riled. The football was top quality but the team’s behaviour WAS AMAZING. Their self-restraint and maturity made us proud and it seems that Southgate’s management style sets the tone.

Prior to the tournament, Southgate said that a key issue was to focus on the resilience and strong mental health of the team. He didn’t say that they would be the fittest England side to ever be picked, or the youngest, or the fastest – they are professional sportsmen after all so they obviously know how to play football - but what he seemed to be focussing on was that they would be as strong as possible in terms of their mental preparation and mental health and fitness – and it would be that balance and focus which would help their resilience.

Not only was the importance of mental health talked about – it was put into practice – before the team even flew out, we read about Danny Rose and his mental health struggles, how he had suffered from depression and how he had been supported by the England team management.

Fabian Delph was granted his request to take paternity leave so that he could fly back to England after the Belgium game in time for his wife’s home birth to their third daughter and he was clearly elated and inspired as he flew back to Russia to re-join the team. It is one thing to talk about “family first” but Southgate appears to have put it into practice in the context of one of the most male dominated, testosterone driven sports on the planet. Interestingly, his team have flourished and grown under this approach. So good, and so very Equality Act compliant, but this is football and the aim is to score goals. Well, even if we go no further in this competition, the result so far is that England has won a game on penalties for the first time in history at a World Cup. So, they must be doing something right.

For the employment law purists out there, it is probably unlikely that Rose or Delph would have been filing claims at the Employment Tribunal had their requests not been accommodated, but how brilliant that the England Manager has (perhaps unwittingly) upheld family friendly policies and reasonable adjustments for protected characteristics under the full glare of the World Cup. If parental leave can be taken EVEN AT THE WORLD CUP without it being a big deal, then that speaks volumes – come on people – if paternity leave can be taken in such circumstances it can be accommodated pretty much anywhere.

The squad is comprised of young men of enormous talent, but who do not play together all the time.  Forming a successful team to perform in the most high profile sports event on earth, under the scrutiny of the world’s media – not to mention everyone in the country who is suddenly an expert – is not a task to be taken lightly. If ever pure performance was under the spotlight then this would be it. How encouraging that the success of the team appears to have been built on a foundation of mature, reflective management, self-discipline, a family friendly approach and a supportive mental health agenda.

How wonderful it will be if the legacy of the 2018 World Cup is that not only do we win (a bit ambitious) but that more people feel emboldened to take paternity leave in normal jobs, that more employers realise how important it is to grant it and there is an improved understanding that health issues such as depression can be accommodated and supported.

So far so good. But let’s be brave – Sweden on Saturday – come on England – only 3 more matches to go!