Gender Pay Gap Reporting: what is it and how to narrow it 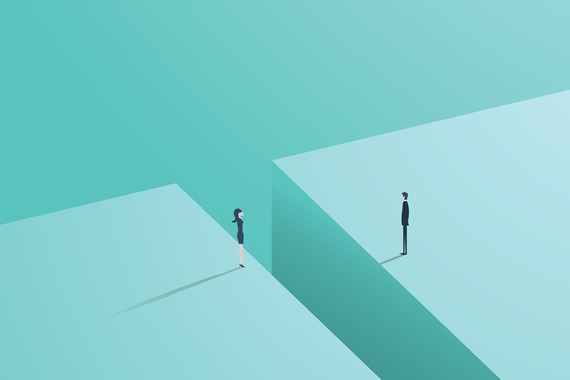 We are all so used to seeing covid-related statistics that it feels very 2019 to think about anything else. However, the gender pay gap reporting requirements have not gone anywhere and employers must publish their report on 5 October of this year. We assume that you are familiar with the obligations and have your reports ready to go so this blog is a quick reminder of the basics ready for the onslaught of media coverage.

1. What is the gender pay gap?

The gender pay gap generally refers to the difference in average earnings between women and men. The pay gap has been slowly declining over time but still remains stubbornly high at an overall average of around 15.5 per cent. Some 2020 studies found that around 50 per cent of men work for companies that pay them at least 10 per cent more than their female colleagues.

Importantly, the gender pay gap is not the same as failing to pay men and women equally for work of equivalent value – although discrimination of this kind contributes significantly. The gender pay gap is looked at through an entire-organisation lens rather than focussing on specific individuals and their pay packets.

The million dollar question (plus or minus 15.5 per cent).

The causes of the gender pay gap are various. A significant factor is the under-representation of women in high-paying executive roles and over-representation in low-paid or part time work. Women are also more likely than men to carry out unpaid work, such as voluntary work outside the home, childcare or other caring responsibilities within the home and to take career breaks. We know about the gap because the Equality Act 2010 (Gender Pay Gap Information) Regulations 2017 were passed to require mandatory gender pay gap reporting by certain businesses. It is thought that by reporting on the gender pay gap it could potentially be eliminated. Due to the pandemic, enforcement action was suspended from March 2020 and is due to resume on 5 October.

Any employing entity, whether for profit or voluntary that has more than 250 total employees by 5 April of the relevant reporting year.

Employees are defined widely and this includes workers; those with a contract of personal service; casual and zero hours staff. It also includes for this definition (but not the actual reporting) partners. ACAS recommends organisations include those engaged through a personal service company. ACAS further recommends even if you have less than 250 employees you might want to consider reporting anyway.

4. Who do you have to report about?

You have to report about “relevant employees” on full pay. The regulations unhelpfully define this simply as “a person who is employed” excluding a partner in a firm. This might not be the same as the calculation of total employees. For example, partners count for the purpose of calculating the total number of employees but ACAS have confirmed no reporting obligations arise in relation to their pay. It also includes part time worker, provided they are paid their full part time pay. Nevertheless, the “full pay” requirement means that you only have to include a worker in reporting the overall gender pay gap if they were being paid their full wage on the relevant date. This means the following, amongst others, are excluded:

However, to add to the complication, even if a worker is not receiving full pay, you need to include them for the report of any bonus pay.

5. What do you have to report?

To calculate weekly working hours the employer should either use the contractual hours, or if there are no set hours, an average over the last 12 weeks. This excludes overtime. The full calculation of hourly pay should be calculated using the six-step process found in Regulation 6.

Employers should then publish the results on their website for a period of two years with the written statement of accuracy. An optional, but recommended idea, would be to explain the potential reason for any gender pay gap and what the company intends to do to reduce the gap.

6. What happens if you do not report?

Non-compliance will be noted on the Government Gender Pay Gap website. The regulations also state that non-compliance will enable the EHRC’s investigative power, although this is doubted by some. The EHRC could issue an unlawful act notice, or use other softer measures in writing to employers insisting they comply.

Around 60 per cent of women consider the gender pay gap before applying to a job. You are unlikely to attract the best female talent with a wide gender pay gap. Even less so, if there is no action plan and evidence of change.

8. Engage with the information

While not a legal requirement, publishing the potential explanation for a gender pay gap is best recommended. A problem cannot be solved without truly being understood. From there an effective action plan can be drafted. Any action plan should keep an eye on trends both nationally and within the company to see how far the pay gap is falling and set clear targets.

The Government Equalities Office have published useful guidance for drafting an action plan if a gender pay gap is found. They recommend a four-stage process:

Although this is not a legal equal pay issue, the EHRC note that one way to discover the differences – or the reason for the differences - may be to conduct an equal pay audit. This would help see whether the same work or work of the equivalent value was being equally paid. The audit should identify differences, investigate the cause and eliminate instances of unequal pay. While this will not rectify the gender pay gap, it will eliminate directly discriminatory pay rates which may then help reduce the pay gap.

9. There is no quick fix

As noted at the beginning of this blog, the reasons behind the pay gap are various and complicated. They may require policy changes or wider organisational changes and this takes time. However, a legitimate desire to dramatically reduce the pay gap may open employers up to legal challenges if handled improperly.

This was illustrated by a recent case (Bayfield v Wunderman Thompson (UK) Limited) in which an employer found a “very disappointing” pay gap of 44.7 per cent. The company decided to improve its pay gap in order to “obliterate” its reputation of being a “boys club” full of “white, British, privileged, straight, men”. Shortly afterwards, the company decided to make two creative directors redundant and selected two straight white British men for redundancy while saving a senior female director. Unfortunately for a company trying to reduce potential discrimination, the Tribunal found the dismissals were because of the claimants’ sex and held the employer liable for direct sex discrimination. A stark reminder that positive discrimination – ie treating someone more favourably because of a protected characteristic – is unlawful under the Equality Act (in contrast to positive action – for more on which see our blog Time to take positive action?).

The road to fixing the gender pay gap is complicated. This case stresses the importance of having a well thought out and developed action plan rather than an immediate knee-jerk reaction. Eliminating the gender pay gap should provide a genuinely level playing field with structures to support a diverse and inclusive workplace. For suggestions about steps employers can take to improve their gender pay gap, see our blog Gender Pay Gap reporting – time to make progress.

The Equality and Human Rights Commission has also written a toolkit for business with the Chartered Management Institute on closing your gender pay gap, with recommended actions and case studies to support businesses in driving improvement.

With special thanks to Alex Evans, a current paralegal in the Employment team, for his help with this blog.