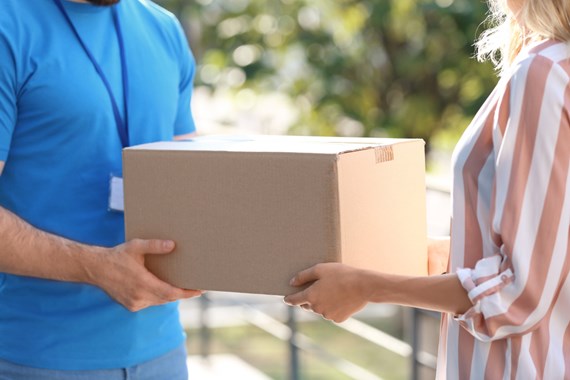 I know, you are probably bored of reading another article about the various ongoing disputes over the employment status of individuals that provide services as part of the so-called ‘gig economy’. We have had Uber, Deliveroo, Addison Lee, Pimlico Plumbers, and the list goes on. However, the deal recently struck between courier company Hermes and the GMB union represents a stride into the unknown that could potentially have a wider application.

As with many of the businesses cited above, a tribunal found that Hermes’ couriers had worker status in June 2018. At the time, Hermes made its intention to appeal clear. So far, so normal. That’s where the story departs from the usual path. As the judicial wheels cranked on, and with politicians too distracted by the dreaded B word to focus on the issues, Hermes and GMB decided to take matters into their own hands and thrash out a deal.

Under the deal, couriers will continue to be considered self-employed, but may opt for what is being imaginatively called “self-employed plus” status. Those plucky couriers who make this leap can choose to receive 28 days of paid holiday per year, as well as guaranteed pay rates of £8.50 an hour (as compared with the minimum wage of £7.83 an hour, which rises to £8.21 in April). The trade-off is that they will not be able to receive the premium rates of pay available to those who remain fully self-employed, and they will be provided with ‘route optimisation software’ that proposes the most efficient routes.

Both Hermes and the GMB have hailed this as a pioneering agreement, which combines the flexibility of self-employed status with some of the benefits associated with being a worker.

If you can detect the whiff of cake being both had and eaten in this attitude, you may well be right. Notably absent from either party’s press statements concerning the deal was a comment on its tax implications. These, you will be surprised to hear, are rather favourable. Both Hermes and the couriers are moving closer to receiving the benefits of having an employee-employer relationship, while neither party faces the drawback of paying employees’ or employers’ national insurance. With HMRC taking an increasingly robust approach to ‘bogus’ self-employment, it remains to be seen how long this arrangement will be allowed to continue. For example, it is unclear how this arrangement might tie in with the introduction of off-payroll rules that will apply to large and medium size companies from April 2020 (which was one of the recommendations of the Taylor Review, the government’s recent review of employment practices led by Matthew Taylor).

Right on cue, within hours of the deal being announced, Taylor himself was already invading my morning routine, with a stern warning on BBC Radio 4’s Today Programme that:

“I'm afraid.. I think HMRC [...] will be looking at this very closely because if somebody has most of the benefits of being an employee and if the employer has most of the benefits of employing somebody, then the tax authorities will want the employee to be paying national insurance as an employee and they'll want the company in particular to be paying national insurance on those people”

Dodging the financial and reputational bullet?

Martijn de Lange, chief executive of Hermes UK, estimates that it will cost the company in the region of £10m if all couriers opt for “self-employed plus” status (although the company is only expecting an initial uptake of around 30%). Employers who engage individuals on a flexible basis may baulk at such cost. The decision, however, is not entirely borne of Mr de Lange’s benevolence; the cost would be even higher had Hermes’ couriers been granted all the benefits of worker status (as would have been likely had the legal case progressed) – especially if this came with an increased tax burden. Hermes are no doubt hoping that the concept of “self-employed plus” will allow them to avoid such costs, not to mention the significant expense, delays and uncertainty that would have come with seeing the legal case to its conclusion.

The reputational impact must also have been a significant factor when the Hermes boardroom were mulling over the deal. As these two contrasting articles in The Guardian demonstrate (here and here), Hermes has gone from being portrayed as an unscrupulous capitalist machine that exploits its drivers in pursuit of maximum profits to an innovative, co-operative business that has worked hard to get a good deal for drivers. Even GMB general secretary Tim Roache commented that Hermes was ‘showing that the gig economy doesn’t have to be an exploitative economy’.

Statutory rights are not optional

On the broader question of whether this deal is the first step in solving the woes of the ‘gig economy’, the reaction has been mixed. Perhaps the biggest criticism is that the couriers’ are getting a watered down version of the rights that workers are entitled to by statute. Although the couriers will now receive paid holiday and guaranteed hourly rates, they will not be entitled to sick pay, or a number of the other rights that the law affords to workers. And of course, given that the entitlements the union has negotiated are not statutory, they could one day be withdrawn by the company. To those concerned about the treatment of ‘self-employed’ contractors by Uber et al, a one-off collective agreement is therefore unlikely to represent much of a victory in the wider debate (Taylor is certainly not convinced). That said, given the significant downsides of legal action (see above) and the opportunity to have a meaningful input into their working conditions and rights, you can see why GMB and its members decided it was a price worth paying.

Of course, Hermes’ maintains that the couriers are genuinely self-employed and are not entitled to such statutory rights. In an interview with Sky News, De Lange cited the fact that couriers are not obliged to follow the routes suggested by the route optimisation software, are not required to wear branded uniforms, can deliver parcels when they wish and still have the right to send substitutes. Even so, he is on shaky ground in the current climate. The June 2018 tribunal judgement cited (amongst other things) the expectation that couriers must work a six day week, and the fact that courier performance was tracked and couriers were disciplined if they did not meet certain performance standards. It was hardly a surprise then, that the Tribunal found the couriers to be workers, mirroring verdicts in cases brought against Uber, Addison Lee, City Sprint, Excel and eCourier. Whatever he says to the TV cameras, De Lange and the rest of the Hermes board must have known that there was a strong probability that the ruling would have been upheld had the appeal gone ahead, thus forcing Hermes’ hand to accept the deal.

There are question marks as to whether the Hermes deal will be a sustainable model. However, while the situation surrounding the ‘gig economy’ remains somewhat murky, it is hard not to admire this attempt to innovate. Watch this space!

If you require further information about anything covered in this briefing note, please contact Hugh Young or Iain Stewart ([email protected]), or your usual contact at the firm on +44 (0)20 3375 7000.